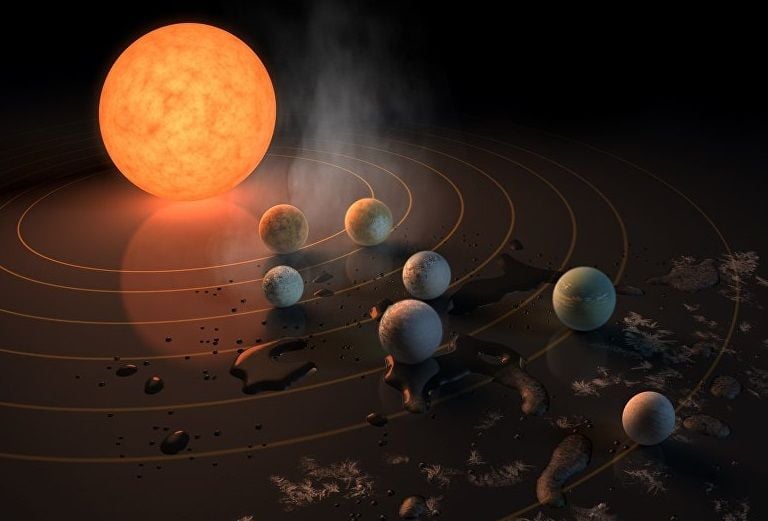 Astronomers have detected no less than seven Earth-sized worlds orbiting a cool dwarf star known as TRAPPIST-1, The Telegraph reports.

The six inner planets lie in a temperate zone where surface temperatures range from zero to 100C.

Of these, at least three are thought to be capable of having oceans, increasing the likelihood of life.

No other star system known contains such a large number of Earth-sized and probably rocky planets.

A robotic telescope operated by Liverpool John Moores University played a major role in the discovery reported in the journal Nature.

The first earth-like planet to be discovered was, Kepler-186f, a rocky planet that lies within the so-called "habitable zone" and is similar in size to earth. The Kepler space telescope has now located many more such planets.