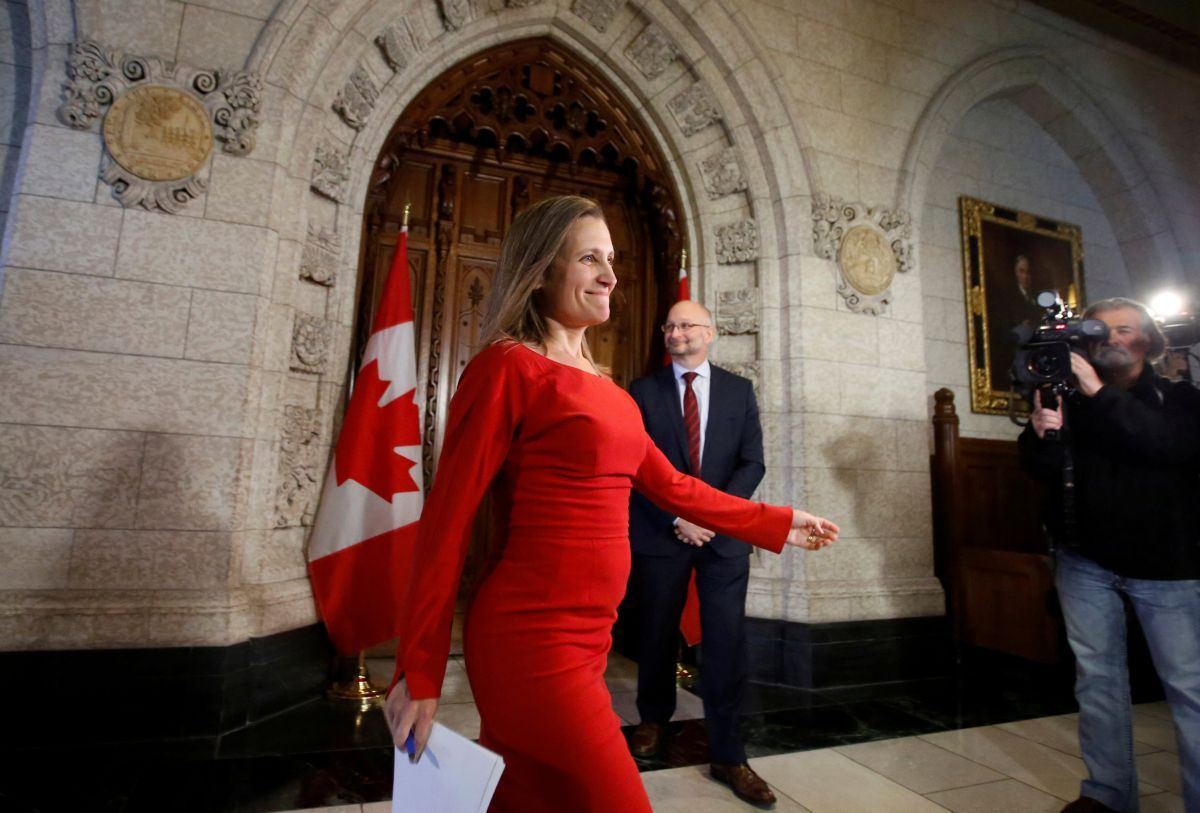 Recently a number of reports have been spun across pro-Putin websites, branding Ms. Freeland "Canada’s fiercely anti-Russian Foreign Affairs Minister" and alleging her grandfather, Michael Chomiak, was a Nazi propagandist in Poland, The Globe and Mail writes.

Once Freeland was appointed to a top diplomatic post in Canada, Russia has openly has shown its negative attitude to the fact by choosing to maintain a travel ban against her as well as disseminating critical articles in state-owned media.

"I don’t think it's a secret. American officials have publicly said, and even [German Chancellor] Angela Merkel has publicly said, that there were efforts on the Russian side to destabilize Western democracies, and I think it shouldn't come as a surprise if these same efforts were used against Canada," Ms. Freeland told reporters when asked about the articles. "I think that Canadians and indeed other western countries should be prepared for similar efforts to be directed at them."

Read alsoRussian state-owned media slams Canada's new foreign minister of Ukrainian originMs. Freeland has been a consistent advocate of Ukrainian independence and a vocal critic of Russia's annexation of Crimea. Along with 12 other Canadians, she was blacklisted by Russia in 2014 for advocating western sanctions against Russia.

The allegations made against Ms. Freeland's grandfather were published in Russian Insider, Consortiumnews.com and The New Cold War: Ukraine and Beyond, as well as by Moscow-based writer John Helmer.

Read alsoLower House of Canada Parliament ratifies FTA with UkraineIn turn, Public Safety Minister Ralph Goodale told reporters Canadian politicians need to be alert to Russian disinformation tactics, including efforts to hack into computer systems as the Russians did with the Democratic Party.