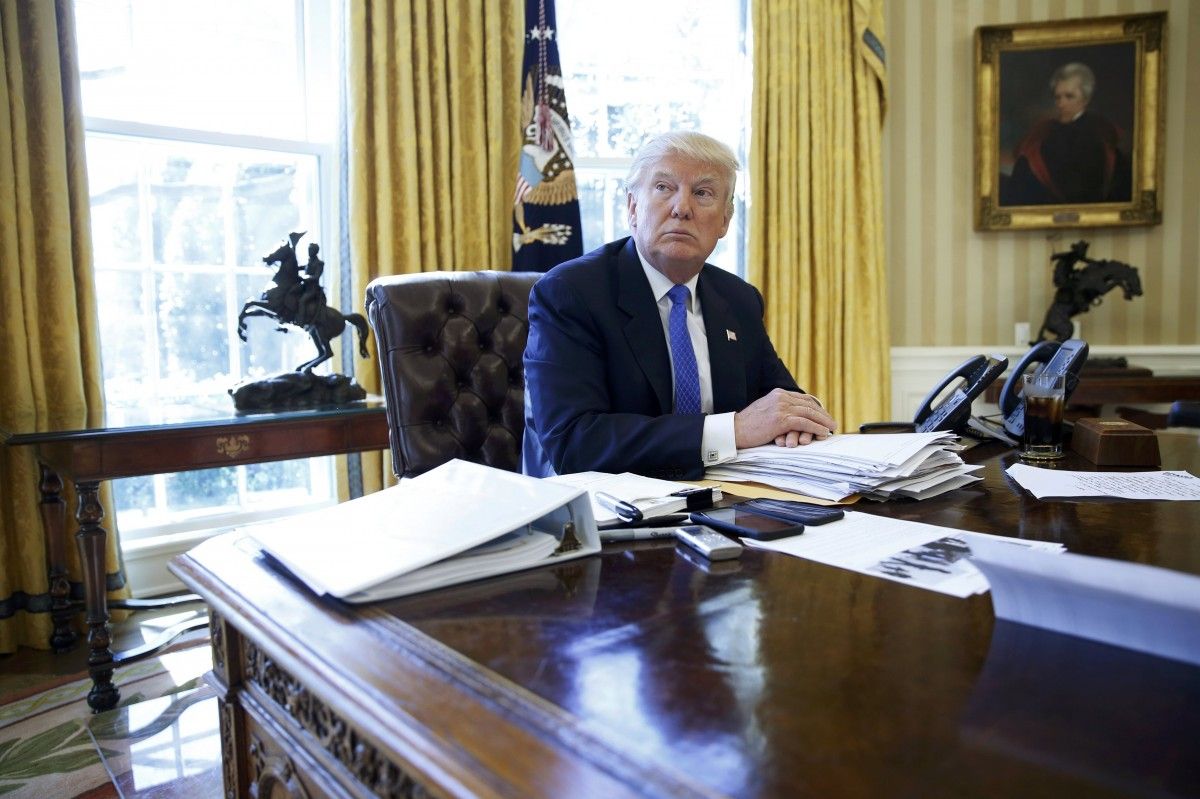 Only 37 percent of respondents approve of the job the president is doing, compared to 58 percent who disapprove, according to The Hill.

The daily results are based on interviews with about 1,500 adults. The margin of error is 3 percent.

The drop comes as Republicans pitch the GOP healthcare plan, seeking to rally members behind their proposal to repeal and replace ObamaCare.

The president made a pitch for the plan last week, and Speaker Paul Ryan (R-Wis.) on Sunday expressed optimism about the prospects of passing the GOP ObamaCare replacement plan.

During a rally in Tennessee this week, Trump vowed to fight the Hawaii judge's ruling.

"We're going to take our case as far as it needs to go, including all the way up to the Supreme Court," Trump said.

A Fox News poll conducted earlier this month showed the president's job approval rating had dropped by 5 points since last month. According to that survey, 43 percent of voters approved of the job the president was doing compared to 51 percent who disapproved.