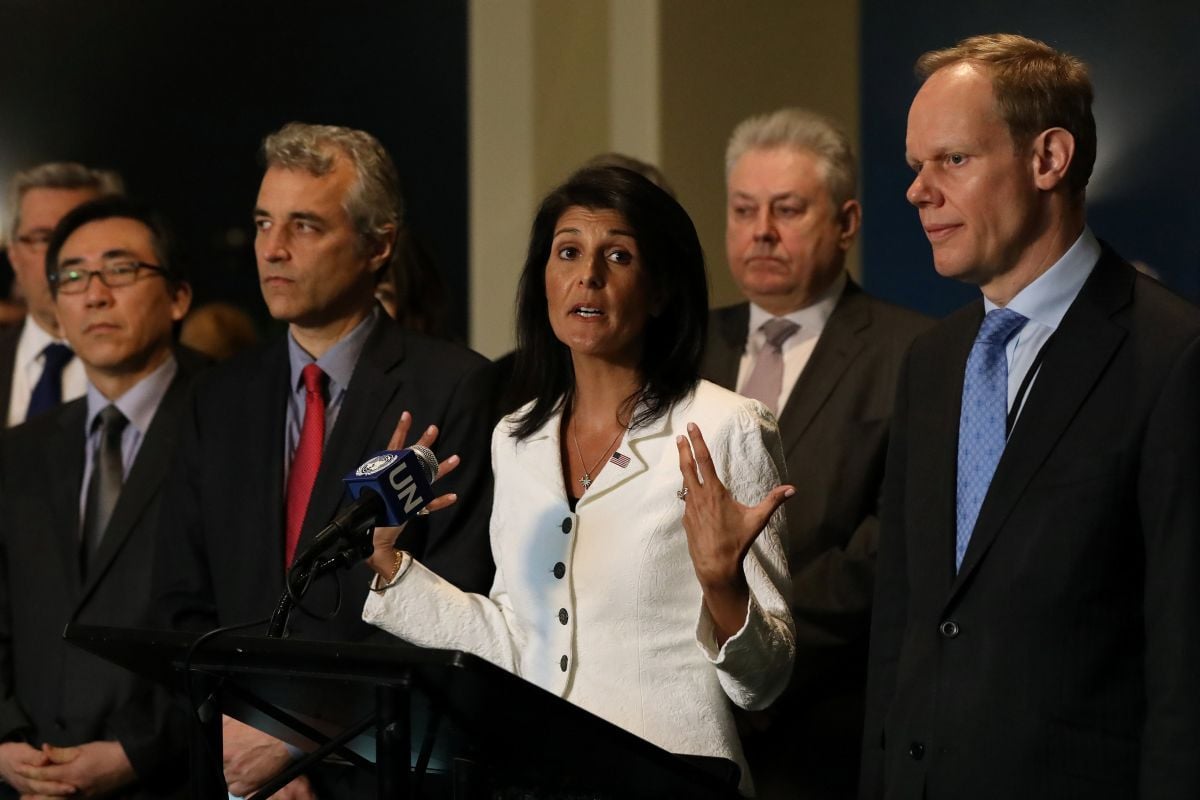 U.S. Ambassador Nikki Haley told reporters the countries skipping the negotiations are instead committed to the Non-Proliferation Treaty, which entered into force in 1970 and is aimed at preventing the spread of nuclear weapons and weapons technology, according to Reuters.

"There is nothing I want more for my family than a world with no nuclear weapons. But we have to be realistic. Is there anyone that believes that North Korea would agree to a ban on nuclear weapons?" Haley told reporters.

The United Nations General Assembly adopted a resolution in December - 113 in favor to 35 against, with 13 abstentions - that decided to "negotiate a legally binding instrument to prohibit nuclear weapons, leading towards their total elimination" and encouraged all member states to participate.

Read alsoU.S. mulls quitting UN Human Rights Council - Politico"You are going to see almost 40 countries that are not in the General Assembly today," Haley said. "In this day and time we can't honestly that say we can protect our people by allowing the bad actors to have them and those of us that are good, trying to keep peace and safety, not to have them."

Britain's U.N. Ambassador Matthew Rycroft said: "The UK is not attending the negotiations on a treaty to prohibit nuclear weapons because we do not believe that those negotiations will lead to effective progress on global nuclear disarmament."

Read alsoNorth Korea maintains readiness for nuclear test at any time: South Korea – Reuters"In the current perilous context, considering in particular the proliferation of weapons of mass destruction and their means of delivery, our countries continue to rely on nuclear deterrence for security and stability," Lamek said.

If you see a spelling error on our site, select it and press Ctrl+Enter
Tags:UnitedNationsHaley