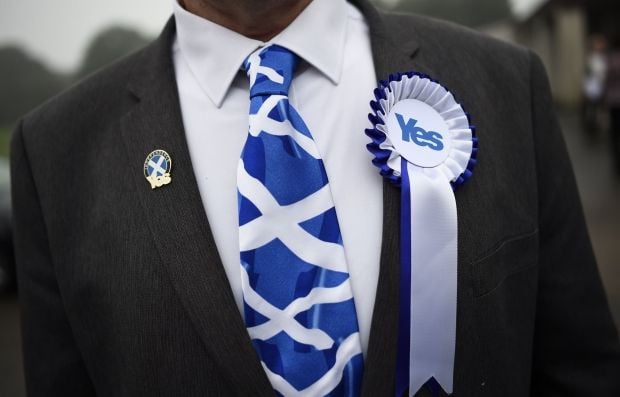 The vote by members of the Scottish Parliament gives the green light to First Minister Nicola Sturgeon to ask the UK Parliament for a referendum between autumn 2018 and spring 2019, CNN said.

British Prime Minister Theresa May has indicated she will reject the Sturgeon's timetable. Britain is expected to leave the European Union in 2019, and May has said that "now is not the time" for a vote that could break up the United Kingdom.

"The mandate for a referendum is beyond question, and it would be democratically indefensible – and utterly unsustainable – to attempt to stand in the way of it."

Sturgeon said the referendum should occur "no earlier than 18 months from now, when the terms of Brexit are clear."

Read alsoThe Guardian: EU's chief negotiator challenges Theresa May directly over Brexit talks"This is, first and foremost, about giving the people of Scotland a choice on this country's future," she said, according to the Press Association.

In a statement after the vote, the UK government said, "We should be working together, not pulling apart," and that it would not start negotiations now on a referendum.

"It would be unfair to the people of Scotland to ask them to make a crucial decision without the necessary information about our future relationship with Europe, or what an independent Scotland would look like," the statement said.

If you see a spelling error on our site, select it and press Ctrl+Enter
Tags:BritainScotlandreferendum