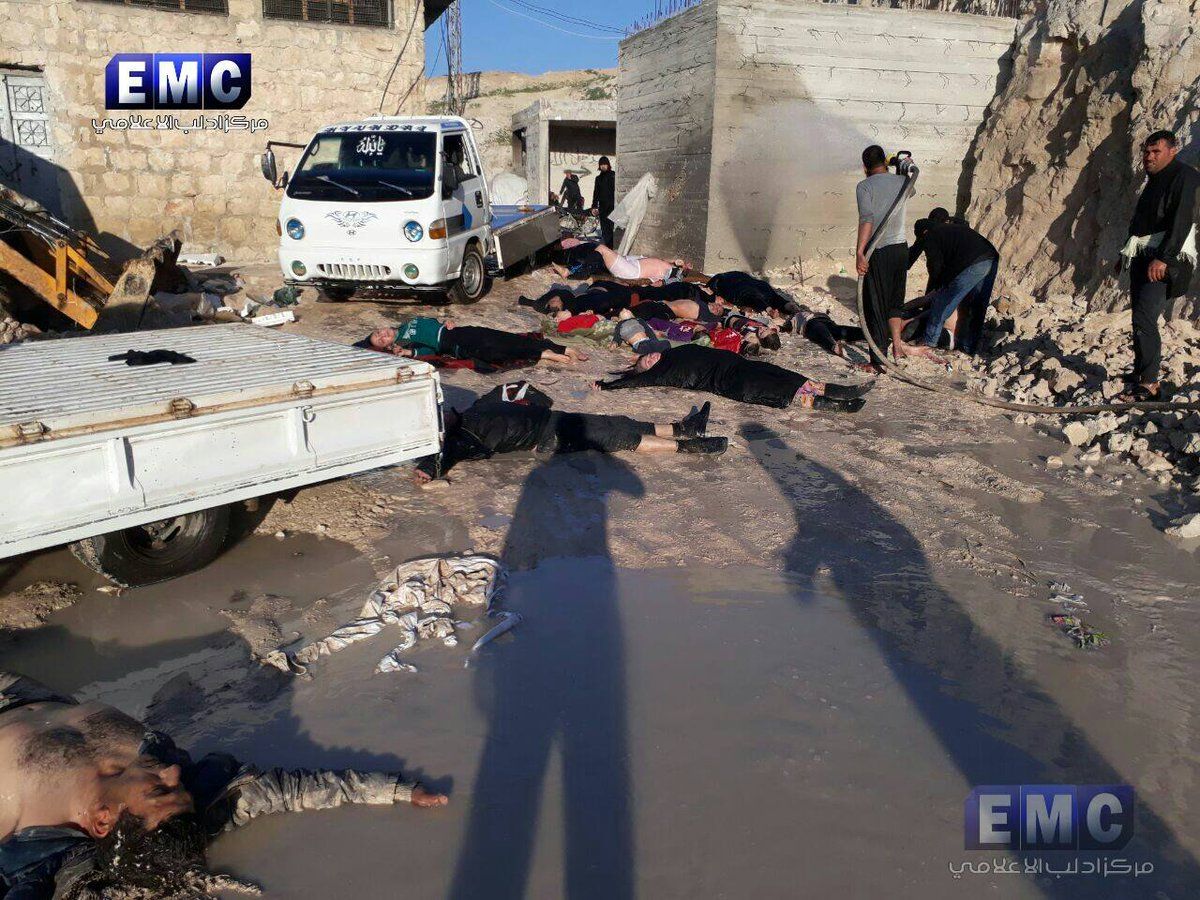 The Syrian army could not immediately be reached for comment. Damascus has repeatedly denied using chemical weapons, Reuters wrote.

The attack caused many people to choke or faint, and some had foam coming out of their mouths, the Syrian Observatory for Human Rights said, citing medical sources who described it as a sign of a gas attack.

The air strikes also wounded more than 60 people in the town of Khan Sheikhoun in rebel-held Idlib, the Observatory said.

Activists in northern Syria circulated pictures on social media showing a reported victim with foam around his mouth, and rescue workers hosing down almost naked children squirming on the floor.

If you see a spelling error on our site, select it and press Ctrl+Enter
Tags:Syriaattackgas