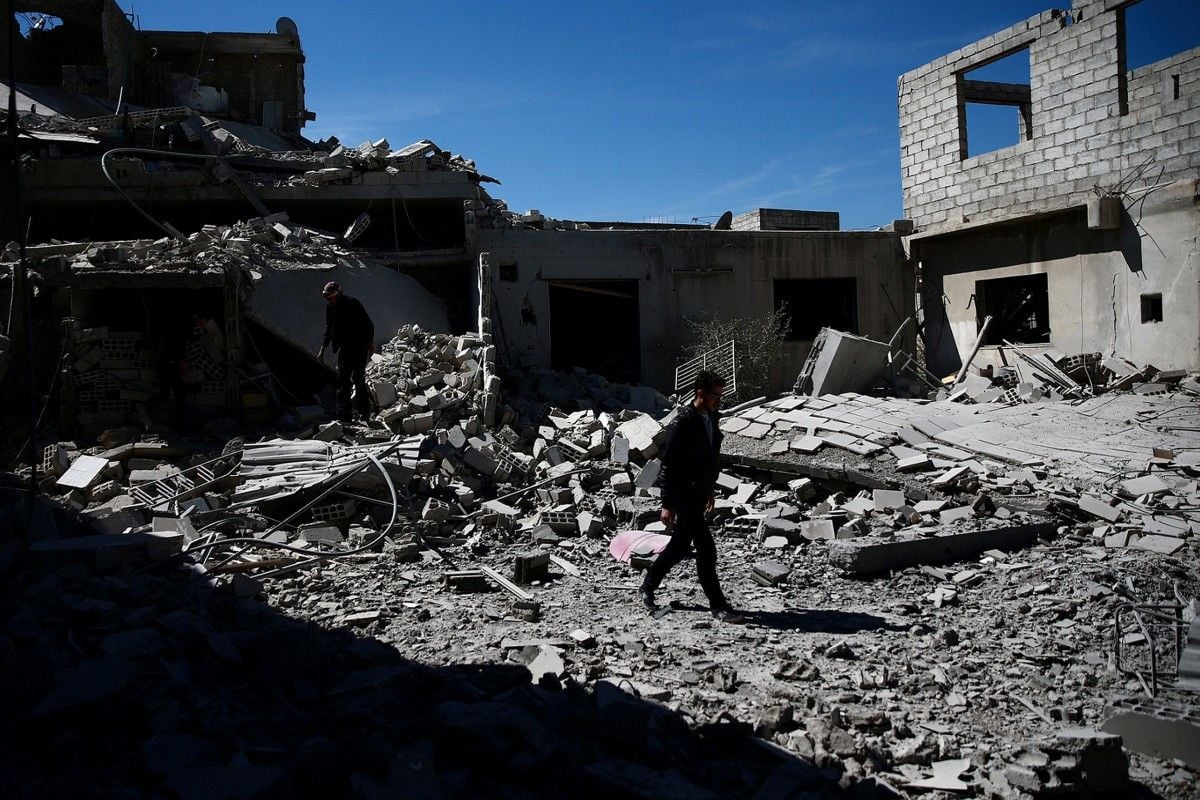 The release of chemicals in a rebel-held town in Idlib province brought furious international reaction, the BBC reported.

Officials in Damascus deny opposition and Western claims that they used chemical weapons.

In particular, "a workshop for the production of land mines filled with poisonous substances" had been hit, it said.

It seemed to support accounts by Syrian military sources a day earlier who reported an explosion at what they called a rebel chemical weapons factory in Khan Sheikhoun.

Read alsoSuspected gas attack on Syria's rebel-held Idlib kills at least 58 – mediaEarlier, the U.S. and other powers had blamed the Syrian government.

Footage from the scene showed civilians, many of them children, choking and foaming at the mouth.

Witnesses said clinics treating the injured were then targeted by air strikes.

UK-based monitoring group the Syrian Observatory for Human Rights put the death toll at 58, including 11 children.

It was unable to say which chemical had been involved but pro-opposition groups said it was believed to have been the nerve agent Sarin.

The attack will overshadow a conference in Brussels at which 70 donor nations will discuss aid efforts in Syria. Delegates want to step up humanitarian access for thousands of civilians trapped by fighting.

Syria's civil war has raged for more than six years, with no political solution in sight.

Nearly five million Syrians have fled the country and more than six million are internally displaced, the UN says. More than 250,000 people have been killed.

Wednesday's emergency meeting of the UN Security Council was called by France and the UK as international outrage mounted over the attack.

Britain's ambassador to the UN, Matthew Rycroft, said the incident was "very bad news for peace in Syria".

"This is clearly a war crime and I call on the Security Council members who have previously used their vetoes to defend the indefensible to change their course," he told reporters in New York.

In a statement, U.S. President Donald Trump condemned what he called "these heinous actions" by the government of Syrian President Bashar al-Assad.

UN Syria envoy Staffan de Mistura said it was a "horrific" attack and that there should be a "clear identification of responsibilities and accountability" for it.

The BBC's Lyse Doucet in Brussels says the attack could prove a stumbling block at Wednesday's international conference.

The EU hopes to use the prospect of funds for reconstruction as a bargaining chip in the faltering peace talks, our correspondent says, but the latest developments will deepen the opposition of those who say now is not the time to discuss financial support for areas controlled by the Syrian government.

If you see a spelling error on our site, select it and press Ctrl+Enter
Tags:SyriaUnitedNations