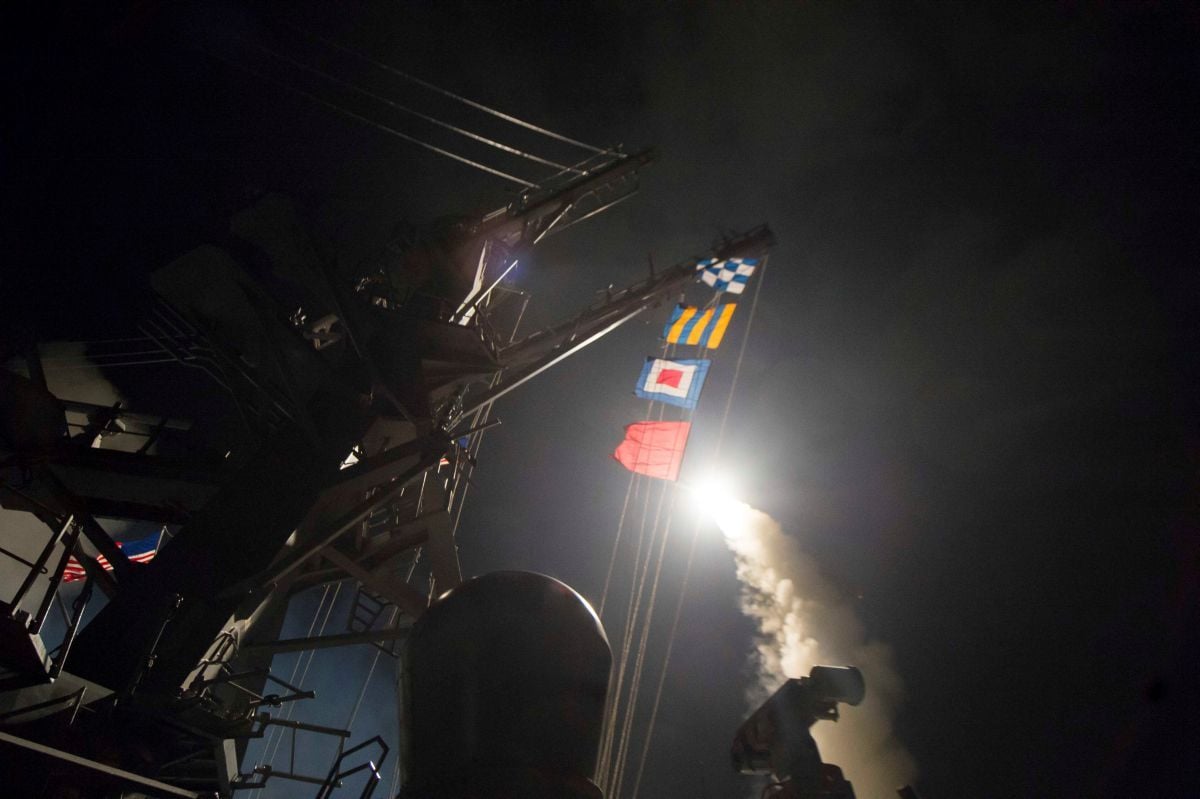 "One of our air bases in the central region was exposed at dawn today to a missile strike by the United States, leading to losses," a Syrian state TV news flash cited the source as saying, according to Reuters.

In a sharp escalation of the U.S. military role in Syria, two U.S. warships fired dozens of cruise missiles from the eastern Mediterranean Sea at the airbase controlled by President Bashar al-Assad's forces in response to the poison gas attack in a rebel-held area on Tuesday.

If you see a spelling error on our site, select it and press Ctrl+Enter
Tags:USAstrike