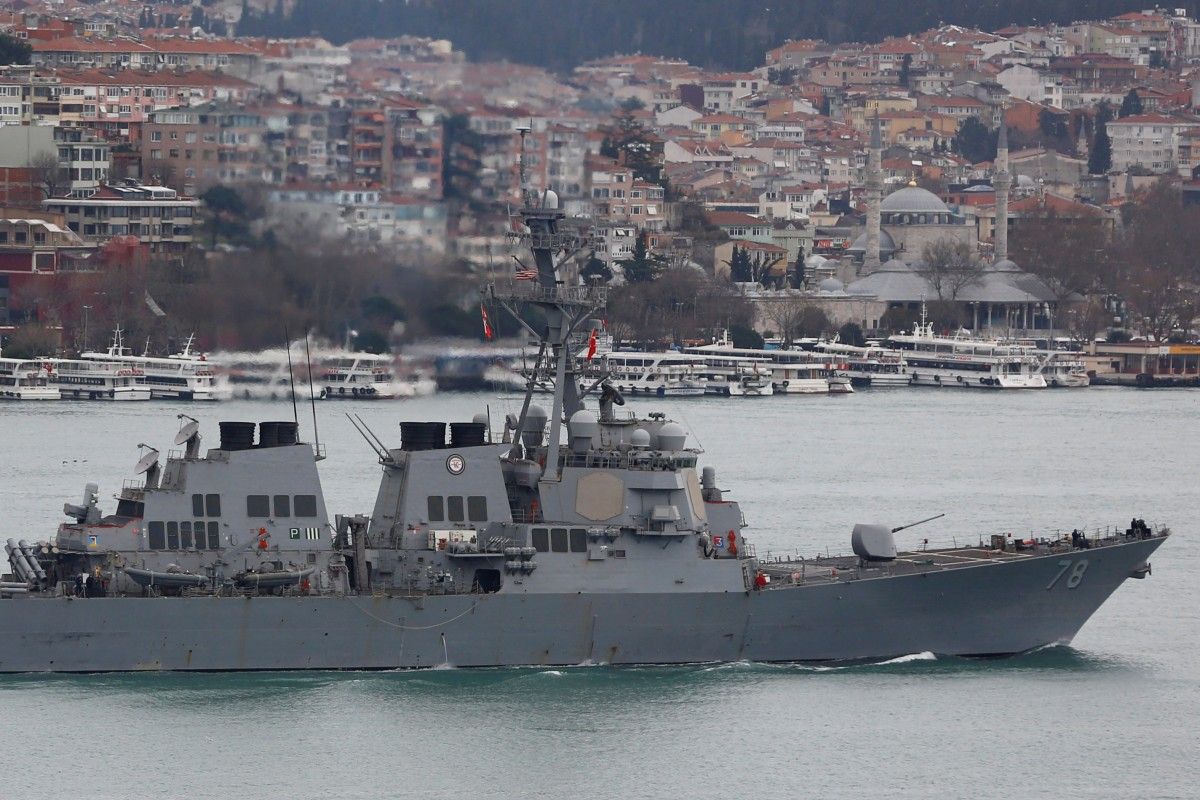 The Russian Black Sea Fleet’s frigate The Admiral Grigorovich, currently on a routine voyage, is to enter the Mediterranean later on Friday, the military-diplomatic source in Moscow told TASS, adding that the ship would make a stop at the logistics base in Syria’s port of Tartus.

"The Russian ship armed with cruise missiles Kalibr will visit the logistics base in Tartus, Syria," the source said.

Read alsoTurchynov: U.S. missile attack on Syria adequate and timely responseThe Admiral Grigorovich is currently near the Black Sea straits. It is scheduled to enter the Mediterranean at about 14:00 Moscow time. The ship left on a voyage after replenishing supplies at Novorossiisk and taking part in a joint exercise with Turkish ships in the Black Sea.

The source said the frigate’s presence off Syria’s shores will depend on the situation, but "in any way it will last more than a month."

Read alsoRussia to halt flights safety memo with U.S. in Syria – Russian mediaThe Admiral Grigorovich is the head ship of project 11356. Such ships have a displacement of about 4,000 tonnes, speed of 30 knots and endurance of 30 days. It is armed with Kalibr-NK cruise missiles, a missile self-defense system Shtil-1, and a 100 mm artillery piece A-190. It is capable of carrying a deck helicopter.

If you see a spelling error on our site, select it and press Ctrl+Enter
Tags:RussiaSyriafrigate