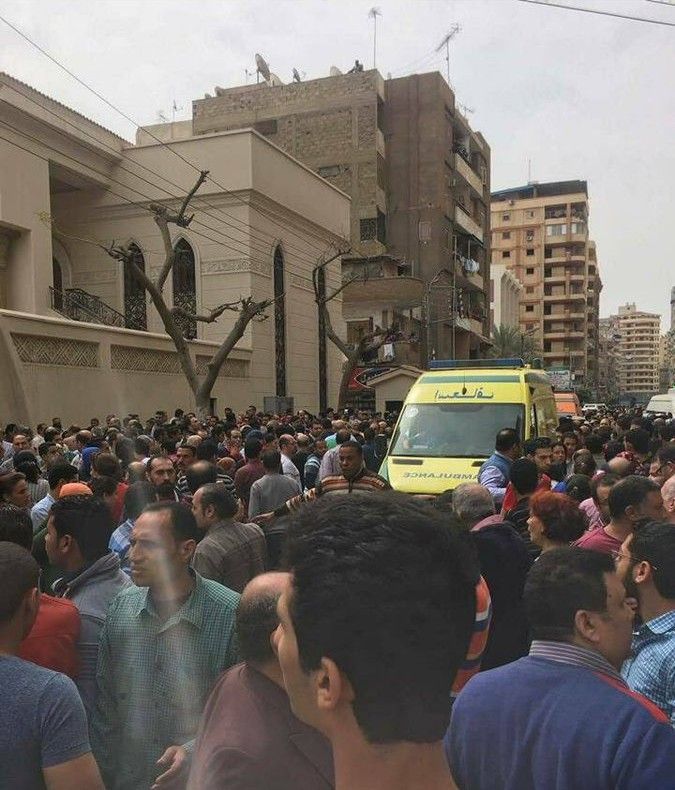 There was no immediate claim of responsibility and the cause of the blast was not yet known.

Coptic Christians make up about 10% of Egypt’s population of 85 million. They have largely coexisted peacefully with the majority-Muslim public for centuries.

Read alsoBBC: Lorry rams people in StockholmLast December, 25 people were killed and 49 wounded in an explosion that targeted the Cathedral of Saint Mark in the Abbasia district in Cairo - the city's largest Coptic cathedral.

If you see a spelling error on our site, select it and press Ctrl+Enter
Tags:Egyptexplosion