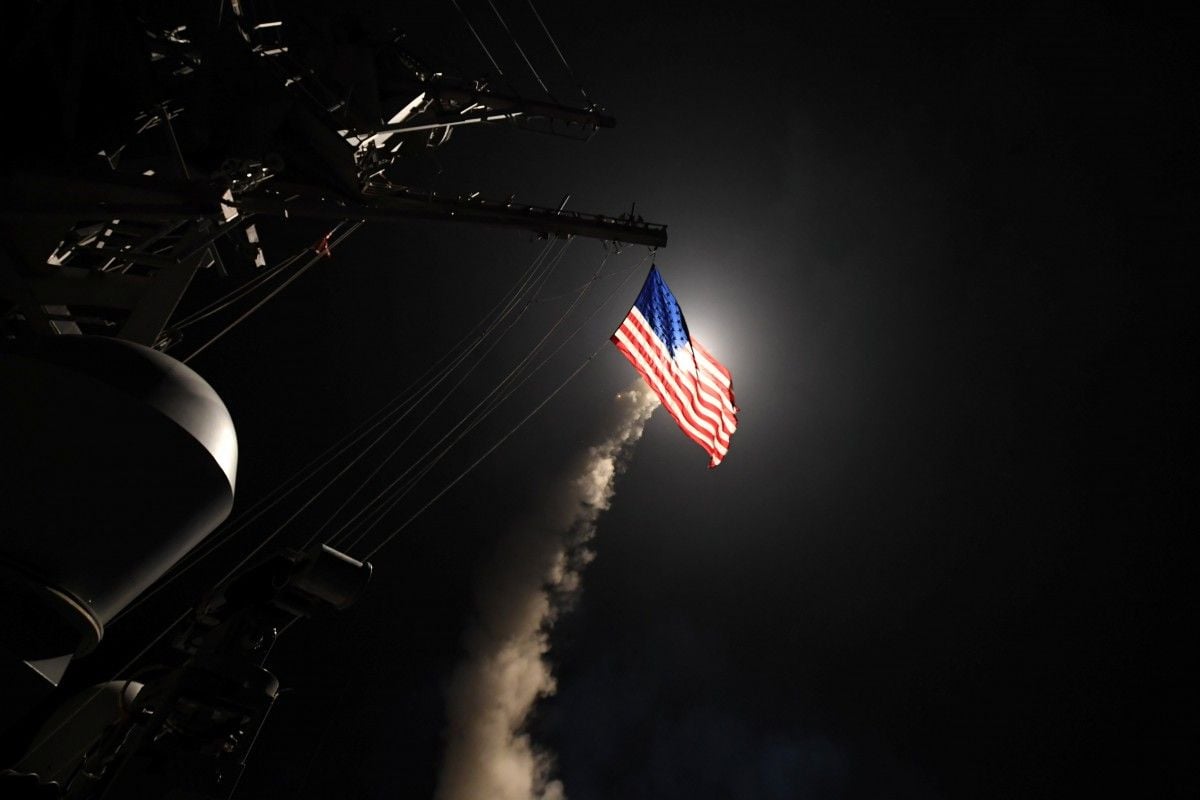 "What America waged in an aggression on Syria is a crossing of red lines. From now on we will respond with force to any aggressor or any breach of red lines from whoever it is and America knows our ability to respond well," said the statement published by the group on media outlet Ilam al Harbi (War Media), Reuters reports.

U.S. Secretary of State Rex Tillerson, meanwhile, blamed Russian inaction for helping fuel the chemical weapons attack it had reacted to, saying Moscow had failed to carry out a 2013 agreement to secure and destroy chemical weapons in Syria.

Read alsoTomahawks as argument for America’s return to Middle EastHe said the United States expected Russia to take a tougher stance against Syria by rethinking its alliance with Assad because "every time one of these horrific attacks occurs, it draws Russia closer into some level of responsibility."

As reported earlier, the United States fired dozens of cruise missiles at a Syrian air base on Friday from which it said a deadly chemical weapons attack had been launched earlier in the week, escalating the U.S. role in Syria and drawing criticism from Assad's allies including Russia and Iran.

If you see a spelling error on our site, select it and press Ctrl+Enter
Tags:RussiaUSASyriaIran