Tillerson: Russia must choose between Assad and U.S. – media 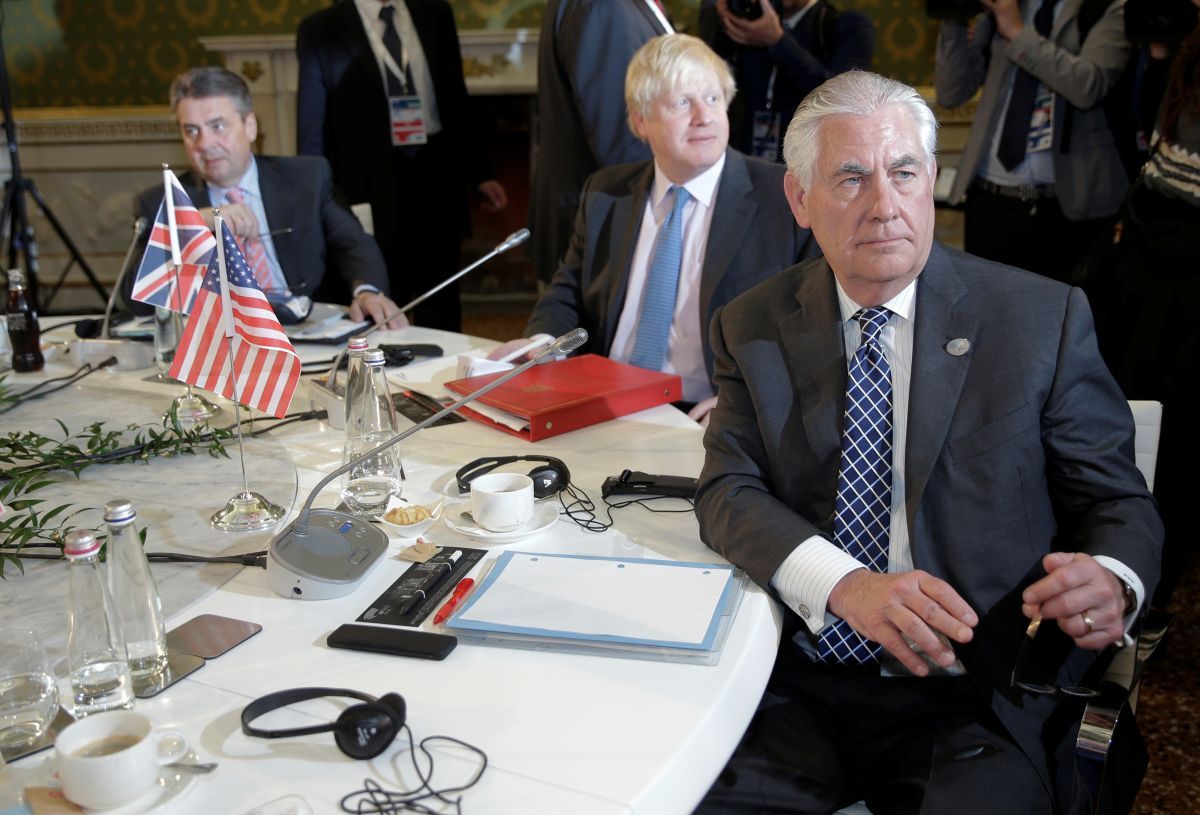 As he embarked on a trip to Moscow following urgent meetings in Italy with top diplomats, Tillerson said it was unclear whether Russia had failed to take seriously its obligation to rid Syria of chemical weapons, or had merely been incompetent. But he said the distinction "doesn't much matter to the dead," AP wrote.

"We cannot let this happen again," the secretary of state said.

Read alsoRussia knew of upcoming Syrian chemical attack – media"We want to relieve the suffering of the Syrian people. Russia can be a part of that future and play an important role," Tillerson added in remarks to reporters. "Or Russia can maintain its alliance with this group, which we believe is not going to serve Russia's interests longer term."

"It is clear to all of us that the reign of the Assad family is coming to an end," Tillerson said. "But the question of how that ends and the transition itself could be very important in our view to the durability, the stability inside of a unified Syria."

"That's why we are not presupposing how that occurs," Tillerson added.

As UNIAN reported earlier, the G7 group of nations failed on Tuesday to reach agreement over threatening new sanctions against Russia and Syria.

If you see a spelling error on our site, select it and press Ctrl+Enter
Tags:RussiaUSATillersonSyria