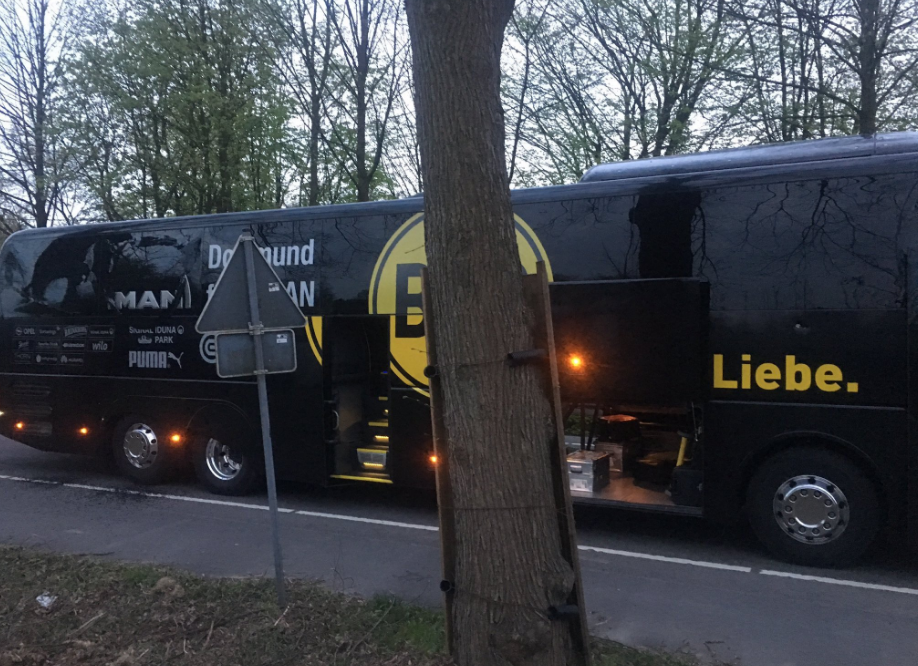 Player Marc Bartra was injured and was taken to hospital, the club said, but is not believed to be seriously hurt, the BBC reported.

The team tweeted (in German) that the other players were safe and there was no danger in or around the stadium.

Read alsoBomb in St. Petersburg subway: updatesPictures from the scene showed the bus's windows broken in the blasts.

The Dortmund twitter page confirmed that Bartra had been taken to hospital, and wished him a speedy recovery.

If you see a spelling error on our site, select it and press Ctrl+Enter
Tags:explosionGermanyfootball