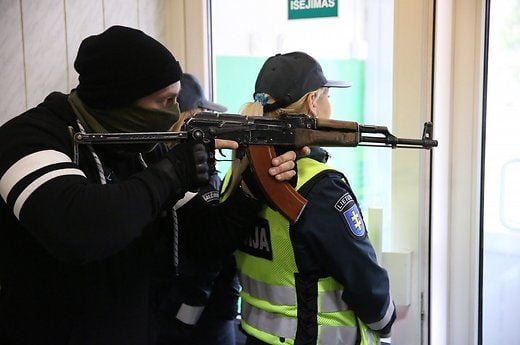 "A deployment of ‘little green men’ to Lithuanian territory and their disembarking from a train was simulated," Interior Minister Eimutis Misiunas told reporters following the drills, Delfi.lt reports.

The training exercise was based on scenarios in which spec-op forces from an unfriendly state illegally cross into Lithuania to capture border checkpoints and a local police headquarters.

The interior minister noted that the performance by law enforcers on the ground was far from perfect. A 30-strong “subversive group” has ultimately succeeded in seizing the building of police HQ in one of the Lithuanian cities.

If you see a spelling error on our site, select it and press Ctrl+Enter
Tags:drillsLithuanialittlegreenmen