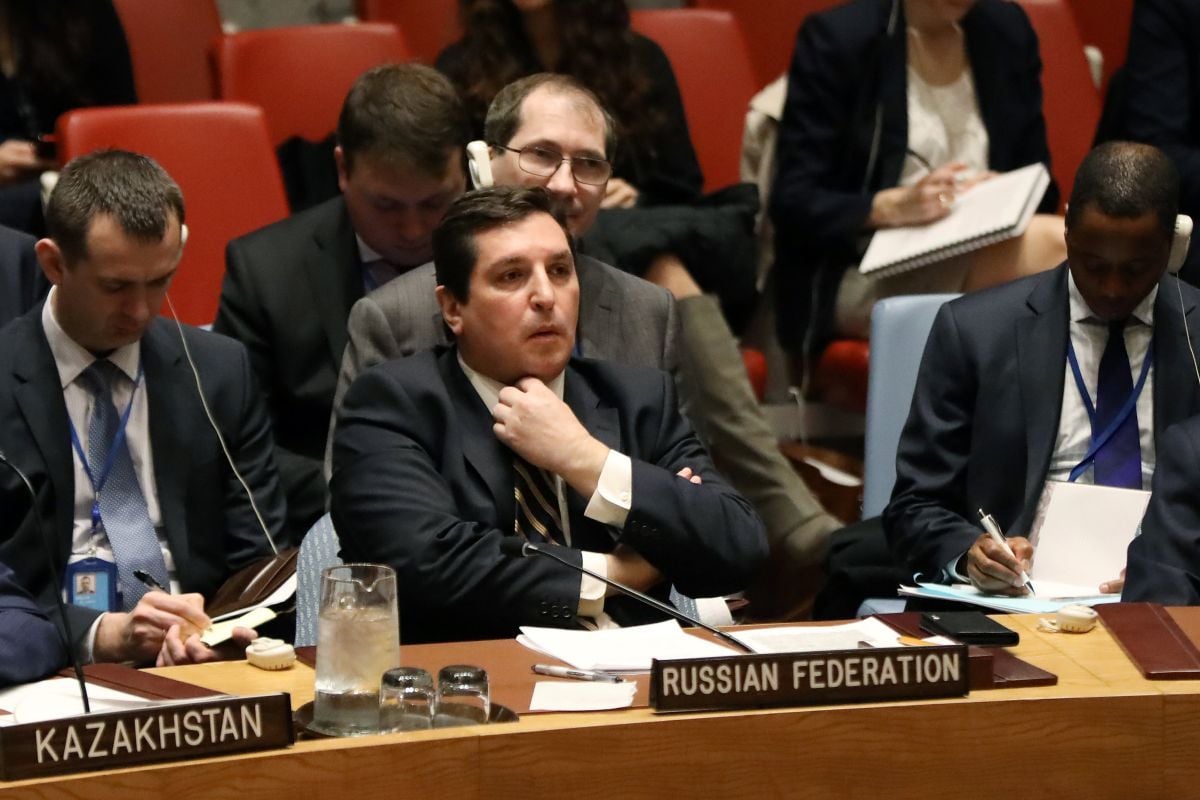 "You're scared," Safronkov told Rycroft. "Your dream has slipped away, because we're going to work with the United States. You're afraid of this. You're doing everything you can to sabotage this teamwork… Look at me! Don't turn your eyes away! Why are you looking away?"

According to The Moscow Times, the Russian ambassador also accused the British government of "serving the interests of armed groups, many of whom are beheading Christians and other minorities in the Middle East," saying that London seems to be more interested in overthrowing the Assad regime than hearing the position of the majority in the UN.

Read alsoUSA Today: Trump: U.S.-Russian relations 'may be at an all-time low'"You spoke today, Mr. Rycroft, not addressing the meeting's agenda, and you insulted Syria, Iran, Turkey, and other states," Safronkov said, before adding that Rycroft had behaved "irresponsibly, offensively, and obscenely." He then concluded, "Don't you dare insult Russia again!"

Russian news agencies reported Safronkov's outburst as a triumph over British arrogance. RIA Novosti published a story with the headline, "'Why Are You Looking Away?' Safronkov Answers Britain's UN Representative."

On Russia's official UN website, however, the transcript inaccurately softened the ambassador's language. Especially noteworthy? The transcript changed Safronkov's speech from the informal "ty" form in Russian to the formal "vy" form, erasing much of the aggressive thrust of his actual remarks.