AP: U.S. hit IS with largest non-nuclear bomb ever used 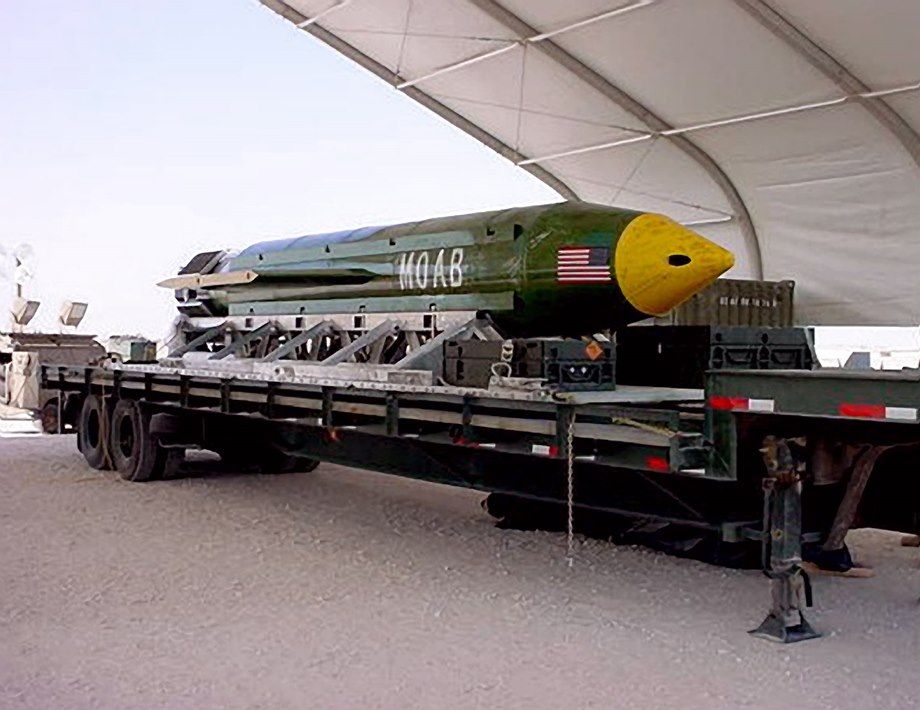 The bomb, known officially as a GBU-43B, or massive ordnance air blast weapon, unleashes 11 tons of explosives, the AP reported.

When it was developed in the early 2000s the Pentagon did a formal review of legal justification for its combat use.

The U.S. military headquarters in Kabul said in a statement that the bomb was dropped at 7:32 p.m. local time Thursday on a tunnel complex in Achin district of Nangarhar province, where the Afghan affiliate of the Islamic State group has been operating.

Adam Stump, a Pentagon spokesman, said the bomb was dropped from a U.S. Air Force MC-130 transport, which he said had been brought to Afghanistan "some time ago" for potential use.

Army Gen. John W. Nicholson, commander of U.S. forces in Afghanistan, said in a written statement that the strike was designed to minimize the risk to Afghan and U.S. forces conducting clearing operations in the Achin area "while maximizing the destruction" of IS fighters and facilities. He said IS has been using improvised explosive devices, bunkers and tunnels to strengthen its defenses.

"This is the right munition to reduce these obstacles and maintain the momentum of our offensive against ISIS-K," he added, using the U.S. military's acronym for the IS affiliate.

If you see a spelling error on our site, select it and press Ctrl+Enter
Tags:USAbombISILISISAfghanistanPentagon