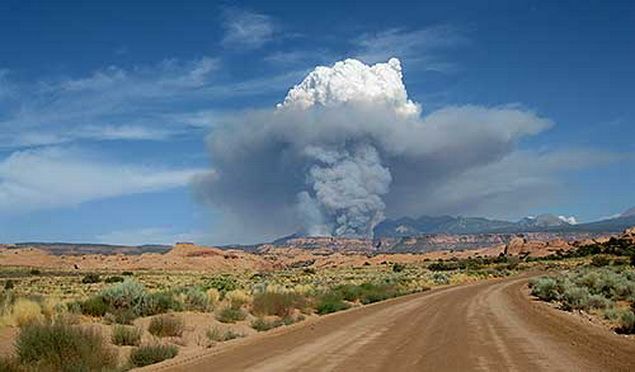 Karzai, who also vowed to "stand against America", retains considerable influence within Afghanistan's majority Pashtun ethnic group, to which President Ashraf Ghani also belongs. His strong words could signal a broader political backlash that may endanger the U.S. military mission in Afghanistan, as reported by Reuters.

Afghan defense officials have said the 21,600-pound (9,797-kg) GBU-43, dropped late on Thursday in the eastern province of Nangarhar, had killed nearly 100 suspected militants, though they acknowledged this was an estimate and not based on an actual body count.

"How could you permit Americans to bomb your country with a device equal to an atom bomb?" Karzai said at a public event in Kabul, questioning Ghani's decision. "If the government has permitted them to do this, that was wrong and it has committed a national treason."

Ghani's office said the strike had been closely coordinated between Afghan and U.S. forces and replied to Karzai's charges with a statement saying: "Every Afghan has the right to speak their mind. This is a country of free speech."

Public reaction to Thursday's strike has been mixed, with some residents near the blast praising Afghan and U.S. troops for pushing back the Islamic State militants.

While the bomb has been described as one of the largest non-nuclear devices ever used, its destructive power, equivalent to 11 tonnes of TNT, pales in comparison with the relatively small atomic bombs dropped on Japan in 1945, which had blasts equivalent to between 15,000 and 20,000 tonnes of TNT.

Read alsoAP: U.S. hit IS with largest non-nuclear bomb ever usedDuring Karzai's tenure as president, his opposition to airstrikes by foreign military forces helped to sour his relationship with the United States and other Western nations.

As the Kabul government, split between Ghani and his rival Abdullah Abdullah under a U.S.-brokered power-sharing deal, remains fragile, Karzai's political interventions draw close attention. Ghani has failed to build the kind of domestic following that Karzai still has despite stepping down in 2014.

Karzai said he planned to "stand against America", a stance he compared to decisions earlier in his life to fight against the Soviets and later the Taliban regime.

"I decided to get America off my soil," he said. "This bomb wasn't only a violation of our sovereignty and a disrespect to our soil and environment, but will have bad effects for years."

While Karzai did not elaborate on how he would oppose the United States, his stance may pose problems for Ghani's administration, which is heavily reliant on the United States and other foreign donors for aid and military support.

On Friday, the top U.S. commander in Afghanistan, General John Nicholson, defended the strike, saying the decision to use the bomb was based on military needs, not political reasons.

Afghan troops, backed by U.S. warplanes and special forces, have been battling militants linked to Islamic State in eastern Afghanistan for years.

The most recent operation began in March and continued until troops hit Islamic State fighters entrenched in booby-trapped tunnels in a remote mountain region, leading commanders to call for the use of the GBU-43 bomb.

If you see a spelling error on our site, select it and press Ctrl+Enter
Tags:bombISISAfghanistan