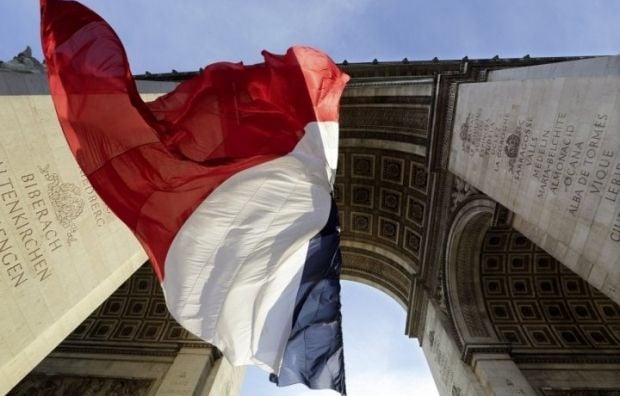 The Elabe poll for magazine L'Express showed Macron winning 24 percent of the vote on Sunday, up from 23.5 percent the last time the survey was conducted a week ago, Reuters said.

Le Pen's score also improved slightly, rising to 23 percent from 22.5 percent, which would put her and Macron on course to face off in a May 7 runoff that he was seen winning by 62 percent to 38 percent.

Read also France's Le Pen after Russia visit: EU "will die"Fillon and Melenchon, who both had been closing in on Macron and Le Pen in recent polls, saw their scores slip slightly.

Fillon's share of the first-round vote was forecast to slip to 19.5 percent, down from 20 percent last week - the best poll rating he has seen since being hit by allegations in February of paying state funds to family members for work they did not do.

Read alsoFillon France election: 'No one can stop me' says candidate – BBCMelenchon, who had seen solid poll gains over the last month after performing well in television debates, saw his forecast score ease back to 18 percent from 18.5 percent.

A separate daily Opinionway poll showed on Monday that Macron was tied with Le Pen in the first round of voting at 22 percent, with Fillon at their heals on 21 percent followed by Melenchon on 18 percent.

Macron was seen beating Le Pen in the runoff by 64 percent to 36.

If you see a spelling error on our site, select it and press Ctrl+Enter
Tags:FranceLePenelectionsMacron