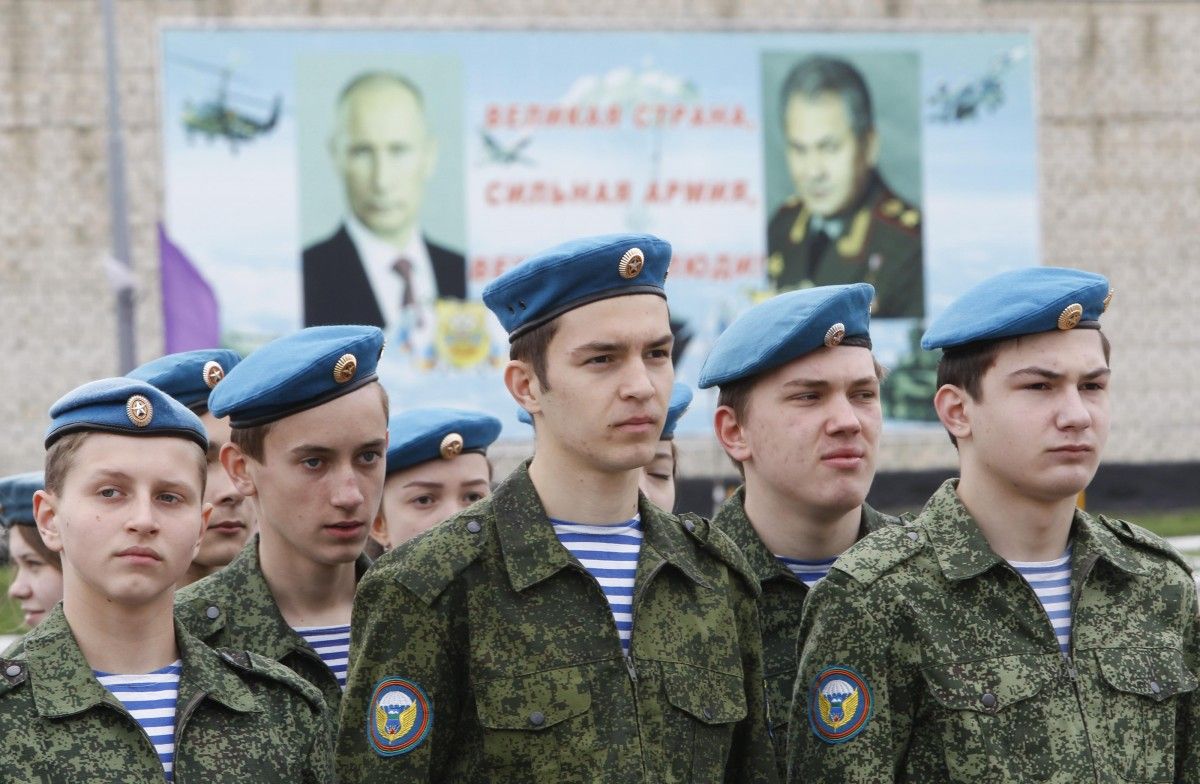 A video carried on local news site DVHab.ru shows a train carrying heavy military equipment, including Tor surface-to-air missile systems, traveling through Khabarovsk purportedly in the direction of Vladivostok, which is 160 kilometers from the border.

"This is the third train of equipment we've seen since this morning," a man can be heard saying in Russian. The website says local residents are in a "panic" about the possibility of fallout from a nuclear bomb reaching Russia.

Both the United States and North Korea have warned about the possibility of preemptive strikes, with Korean leaders recently warning that a nuclear exchange is possible.

Vostok Media said local residents have seen armored personnel carriers, helicopters, and other heavy equipment traveling south on the Khabarovsk-Vladivostok highway. A Russian military spokesman was quoted as saying it was part of "routine" military exercises.

The council demanded in a unanimous statement that North Korea "conduct no further nuclear tests," adding that Pyongyang's "illegal missile activities" were "greatly increasing tension in the region and beyond."

The council threatened to "take further significant measures including sanctions" to tackle the issue of North Korea's missile launches.

While previous statements have warned of further measures, the agreed text made specific mention of sanctions, signaling a tougher stance from the council.

"If we have to start looking at sanctions or other actions, we will," U.S. Ambassador Nikki Haley told reporters.

The U.S.-drafted statement was agreed upon after Russia insisted that language stressing the need to achieve a peaceful solution "through dialogue" was included in the final text.

Moscow had blocked an earlier version of the statement – which comes after North Korea carried out a failed missile test on April 16 – although China, Pyongyang's only major ally, had expressed its support for it.

If you see a spelling error on our site, select it and press Ctrl+Enter
Tags:RussiaNorthKorea