BBC: France elections: Macron and Le Pen 'through to run-off' 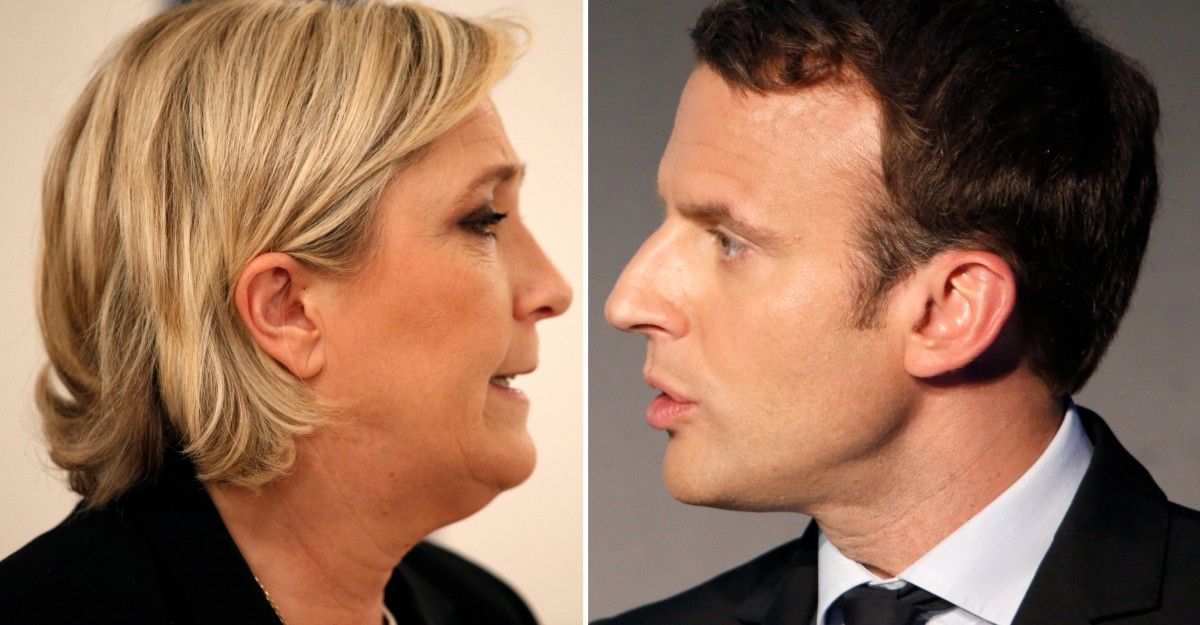 Macron leads with 23.7% in first round voting while Le Pen won 21.7%, an Ipsos/Sopra Steria poll suggests, the BBC said.

Opinion polls in the run-up to the ballot consistently saw Macron defeating his rival in the final round.

The two saw off a strong challenge from centre-right François Fillon and hard-left Jean-Luc Mélenchon.

Another projection, from TF1/RTL, put Macron and Le Pen neck and neck in the first round. Final results are expected in the coming hours.

The French interior ministry said that with 20 million votes counted, Le Pen led on about 24% of the vote. This would represent about half the vote, but does not include major cities.

Whoever wins the next round, the voting marks a shift away from the leftist and centre-right parties that have long dominated French politics.

She has urged a shake-up of France's relations with the EU, calling for negotiations followed by a referendum.

After reaching the run-off, she hailed the result as "historic", vowing to defend the French nation and its "independence".

If you see a spelling error on our site, select it and press Ctrl+Enter
Post in spotlight: Выборы президента Франции
Tags:FranceLePenelectionpresidentpollMacron