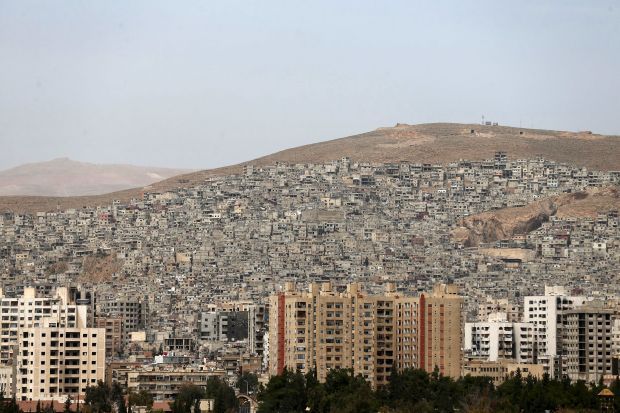 Witnesses said a total of five strikes occurred near the Damascus airport road about 25km from the capital early on Thursday, according to Al Jazeera.

"There is no official comment from the Syrian government," Ahelbarra said.

"We do understand that the Israelis have been carrying out air strikes in the past. The last one was in January targeting the Mezze military base.

Read alsoIsrael says Assad's forces still have several tonnes of chemical weapons – mediaIsraeli Intelligence Minister Israel Katz, speaking from the United States where he has been meeting US officials, told Israeli Army Radio: "I can confirm that the incident in Syria corresponds completely with Israel's policy to act to prevent Iran's smuggling of advanced weapons via Syria to Hezbollah in Iran. Naturally, I don't want to elaborate on this.

"The prime minister has said that whenever we receive intelligence that indicated an intention to transfer advanced weapons to Hezbollah, we will act.," Katz added.

Allegedly video of the #Damascus International Airport tonight on fire after what are claimed to be Israeli airstrikes. pic.twitter.com/jftHcxtyQ2

The source said the arms depot gets a major part of the weapons supplied to an array of Iranian backed armed groups, led by Hezbollah, which have thousands of fighters engaged in battle against Syrian rebels.

In May 2013 Israel targeted three areas in Damascus suburbs, allegedly to destroy Iranian rockets being delivered to Hezbollah. Damascus airport was also hit by Israel in May 2013.

Israel has in the past targeted Hezbollah positions inside Syria where Iranian backed groups are heavily involved in the fighting.

The Syrian government has warned in January that it would retaliate any attack in Syria targeting its own areas.

Hezbollah-linked Al-Manar TV channel said the dawn raid struck fuel tanks and a warehouse near Damascus International Airport and that it was probably the result of an Israeli strike.

It added that initial indications were that the blasts caused only material damage and not deaths.

If you see a spelling error on our site, select it and press Ctrl+Enter
Tags:explosionDamascusairport