Merkel arrives in Sochi for talks with Putin 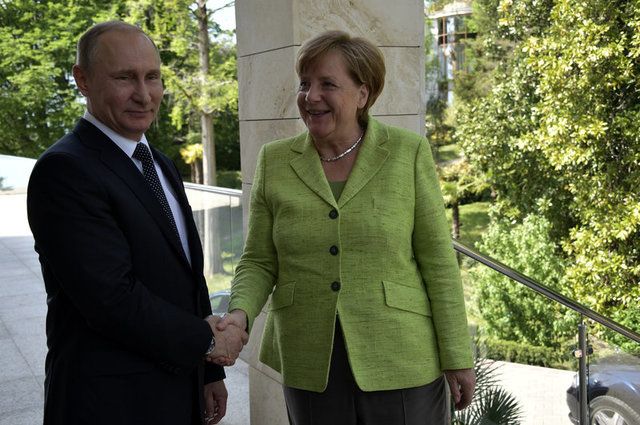 The meeting will be held in preparation for the G20 summit, which will be hosted by Hamburg this July. The officials are expected to focus on all the key issues on the international policy agenda, TASS reports.

As UNIAN reported earlier, Merkel's spokesman Steffen Seibert had stated that in addition to G20 issue, Merkel and Putin intended to discuss "other current foreign policy challenges, such as the Ukraine conflict or the war in Syria.

Seibert said that Merkel and Putin would give a press conference between two rounds of meetings in Sochi.

Read alsoMerkel, Putin to discuss G20, Syria, Ukraine in Sochi on Tuesday – mediaIn December 2016, Germany assumed the presidency of the G20, which includes countries with the world's most powerful economies, including the newly industrialized countries. Heads of states and governments of the member countries, including U.S. and Russian presidents Donald Trump and Putin, will attend the G20, which will be held in Hamburg on July 7-8.

Last time Merkel visited Russia in May 2015 to participate in the events dedicated to the 70th anniversary of the end of the Second World War. Since that time, her contacts with Putin have mostly been reduced to telephone conversations, as well as to meetings at international summits and Normandy Four talks.

If you see a spelling error on our site, select it and press Ctrl+Enter
Tags:PutinMerkelSochiG20