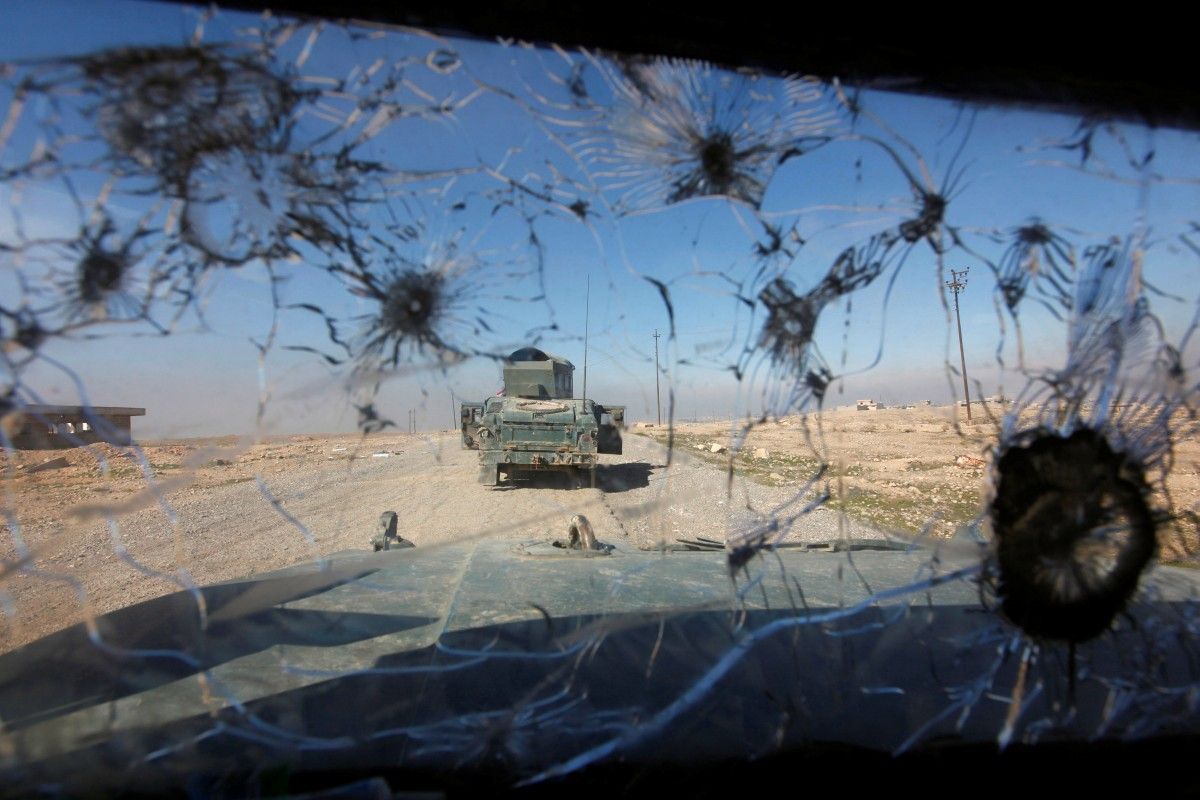 The militants are now besieged in the northwestern corner of Mosul which includes the historic Old City center, the medieval Grand al-Nuri Mosque, and its landmark leaning minaret where their black flag has been flying since June 2014, as reported by Reuters.

The Iraqi army's 9th Armored Division and the Rapid Response units of the Interior Ministry have opened a new front in the northwest of the city, the military said in a statement.

The attack will help the elite Counter-Terrorism Service (CTS) and Interior Ministry Federal Police troops who are painstakingly advancing from the south.

"Our forces are making a steady advance in the first hours of the offensive and Daesh fighters are breaking and retreating," Brigadier General Yahya Rasool, a spokesman for the joint operations command, told state television. He was referring to Islamic State by an Arabic acronym.

Federal Police and Rapid Response forces advanced 1,400 meters and keep pushing ahead in the Hulela area toward the Haramat district northwest of Mosul. They were trying to reach the Tigris river bank and surround the Fifth Bridge north of the Old City, the Federal Police said in a statement.

A U.S.-led international coalition is providing key air and ground support to the offensive on Mosul, Islamic State's de facto capital in Iraq, which started in October.

Read alsoIraqi forces retake two key areas in west Mosul – mediaIt was from the pulpit of the Grand al-Nuri Mosque that Islamic State leader Abu Bakr al-Baghdadi revealed himself to the world in July 2014, declaring a "caliphate" that spanned parts of Syria and persecuted non-Sunni communities as well as Sunnis who did not abide by its extreme interpretation of Islam.

"An armored division should not be going into narrow alleyways and streets but we will," said Lieutenant General Qassem al-Maliki, commander of the 9th Armored Division.

"There are sometimes troop shortages or orders that require us to do so and we will do our duty," he told Reuters in an interview at a base southwest of Mosul.

The Iraqi army said on April 30 that it aimed to finish the battle for Mosul, the largest city to have fallen under Islamic State control in both Iraq and Syria, this month.

Islamic State's defeat in Mosul will not mean the end of the hardline Sunni group which remains in control of parts of Syria and vast swathes of Iraqi territory near the Syrian border.

If you see a spelling error on our site, select it and press Ctrl+Enter
Tags:armyIraq