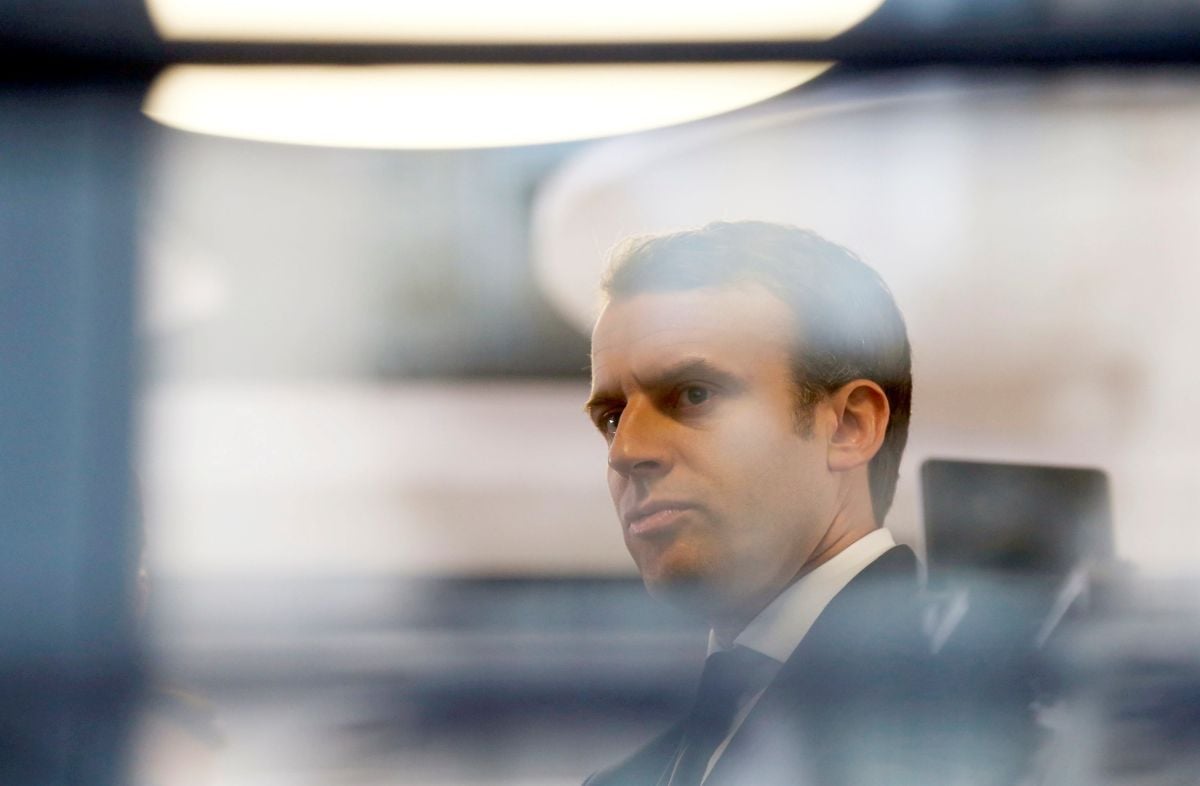 As much as 9 gigabytes of data were posted on a profile called EMLEAKS to Pastebin, a site that allows anonymous document sharing, Reuters reports.

In a statement, Macron's political movement En Marche! (Onwards!) confirmed that it had been hacked.

"The En Marche! Movement has been the victim of a massive and coordinated hack this evening which has given rise to the diffusion on social media of various internal information," the statement said.

Read alsoMacron campaign was target of cyber attacks by GRU-linked hackers - ReutersThe presidential election commission urged the media to be cautious about publishing details of the emails given that campaigning had ended, and publication could lead to criminal charges.

Former economy minister Macron's campaign has previously complained about attempts to hack its emails, blaming Russian interests in part for the cyber attacks.

On April 26, the team said it had been the target of a attempts to steal email credentials dating back to January, but that the perpetrators had failed to compromise any campaign data.

Read alsoFrench election: Macron 'most convincing' in final debate – BBCThe Kremlin has denied it was behind any such attacks, even though Macron's camp renewed complaints against Russian media and a hackers' group operating in Ukraine.

Vitali Kremez, director of research with New York-based cyber intelligence firm Flashpoint, told Reuters his review indicates that APT 28, a group tied to the GRU, the Russian military intelligence directorate, was behind the leak. He cited similarities with U.S. election hacks that have been previously attributed to that group.

"If indeed driven by Moscow, this leak appears to be a significant escalation over the previous Russian operations aimed at the U.S. presidential election, expanding the approach and scope of effort from simple espionage efforts towards more direct attempts to sway the outcome," Kremez said.

On Friday night as the #Macronleaks hashtag buzzed around social media, Florian Philippot, deputy leader of the National Front, tweeted "Will Macronleaks teach us something that investigative journalism has deliberately killed?"

Read alsoFrench elections: Macron's headquarters denies accreditation to Russian propagandistsEn Marche! said the documents only showed the normal functioning of a presidential campaign, but that authentic documents had been mixed on social media with fake ones to sow "doubt and misinformation".

The hashtag #MacronLeaks was first spread by Jack Posobiec, a pro-Trump activist whose Twitter profile identifies him as Washington D.C. bureau chief of the far-right activist site Rebel TV, according to Nimmo and other analysts tracking the election.

Macron, who is seen as the frontrunner in an election billed as the most important in France in decades, extended his lead over Le Pen in polls on Friday.