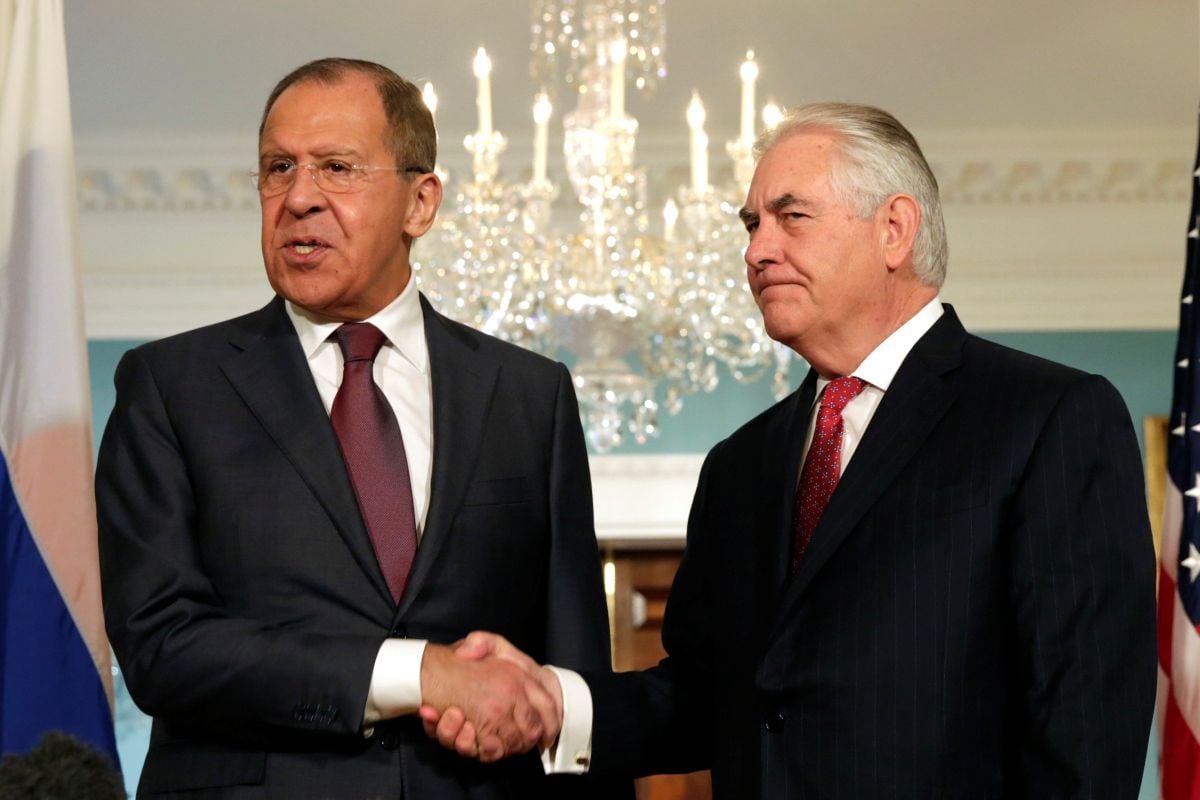 Lavrov had talks with Trump and Tillerson in Washington / REUTERS

He said he thought Moscow's relations with the current administration would be better than with the previous one, the BBC wrote.

Lavrov was speaking after talks in Washington with President Donald Trump and Secretary of State Rex Tillerson on May 10.

Read alsoU.S. senators ask Trump to prioritize meeting with PoroshenkoClearly impatient with journalists' repeated questions about Comey, Lavrov rejected claims that Moscow had intervened in the presidential election as "fabrications."

A key topic of conversation at the meetings was the war in Syria, in particular a Russian plan to create "safe zones." Lavrov praised the talks with Trump and Tillerson as "constructive".

Read alsoTillerson names condition for U.S. to engage with Russia on Ukraine issueThe U.S. administration has broadly welcomed the Russian plan, but has expressed wariness about Moscow's support for Syrian President Bashar al-Assad, and the role of Iran – and Iranian proxy forces – in the country.

U.S. officials say they need to hear more about who would patrol the proposed zones, and how they would be enforced.

Lavrov told journalists: "I would say that our dialogue as of now is free from ideology that was very typical for [Barack] Obama's administration.

"Both Mr Trump and the secretary of state of his administration, as I realised today once again, are businesslike people and they want to reach agreements.

"The goal of both President Trump and [Russian] President [Vladimir] Putin is to have concrete results which will be tangible and which will allow us to alleviate problems, including on the international agenda.

Lavrov met Trump in the Oval Office, the president's inner sanctum in the White House – a rare invite for a non-head of state of a foreign country.

The US. .administration declined to allow U.S. media to photograph the two men together – White House correspondents were surprised to find former U.S. Secretary of State Henry Kissinger with Trump when invited into the Oval Office – but Russian news agency TASS did issue an image of the Lavrov and Trump shaking hands.

These photos of Trump-Russia meetings are courtesy solely of Russian MFA because no US press allowed in. pic.twitter.com/PI4cSPIqvG

Trump told reporters he had had a "very, very good meeting" with Lavrov, with progress made on the issue of Syria.

"We're going to stop the killing and the death," he added.

If you see a spelling error on our site, select it and press Ctrl+Enter
Tags:RussiaUSATillersonTrumptalksLavrov