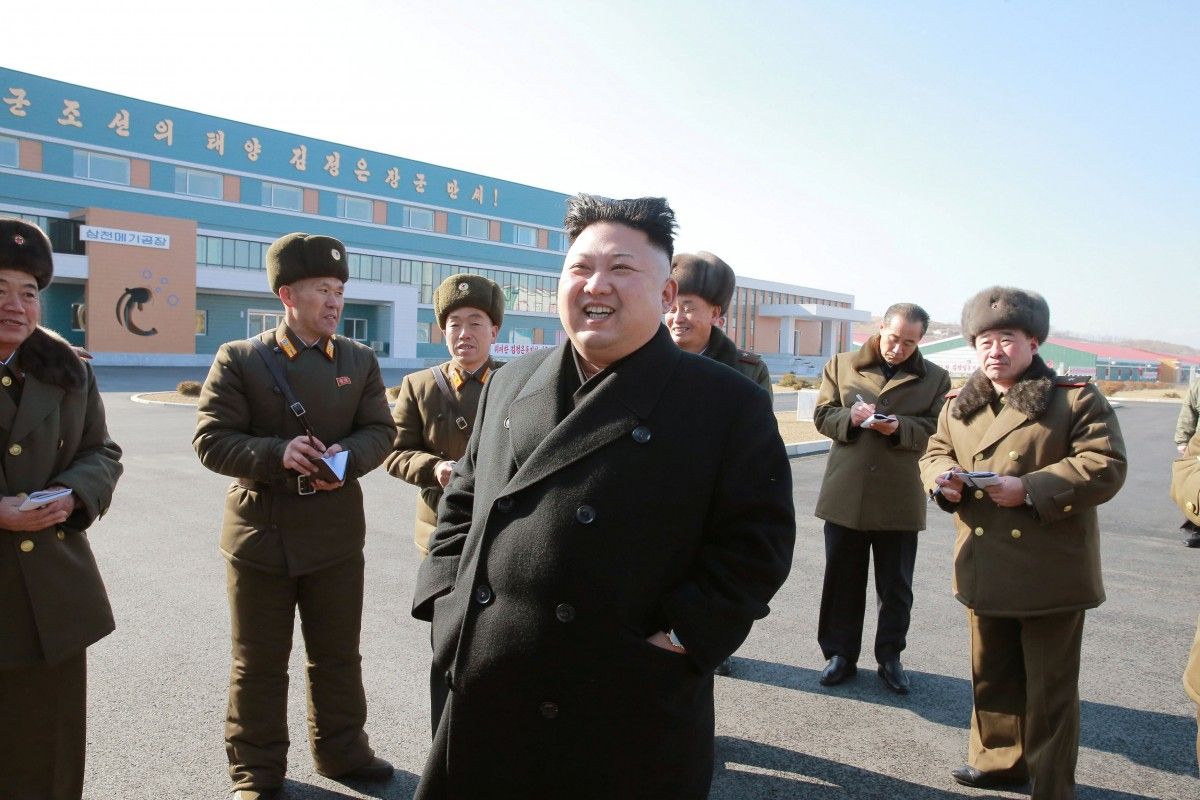 The missile, tested early Sunday, landed in the sea off the coast of Russia.

It was launched at a high angle and reached an altitude of 2,111.5 kilometers (1,312 miles) and traveled 787 kilometers, reaching the "precise location intended," according to KCNA.

Missile experts said the high trajectory means the missile could travel at least 4,000 kilometers at a standard trajectory, easily within striking distance of neighboring South Korea and Japan, but not mainland U.S.

North Korea is believed to be capable of developing an intercontinental ballistic missile (ICBM) that can carry a nuclear warhead to mainland US. The recent missile tests in North Korea have worried nearby South Korea and Japan, as well as ally U.S. The U.S. has warned that it may resort to military action to end North Korea's nuclear program, and North Korea has responded with threats of its own. The militaries of Japan and South Korean have increased their presence on the Korean peninsula.

Read alsoN. Korea fires ballistic missile, S. Korea convenes NSC session – media38 North, a U.S.-based group that monitors North Korea, said following Sunday's missile test that "it appears to have not only demonstrated an intermediate-range ballistic missile (IRBM) that might enable them to reliably strike the U.S. base at Guam, but more importantly, may represent a substantial advance to developing an intercontinental ballistic missile."

The UN Security Council is scheduled to meet on Tuesday to discuss Sunday's missile launch. Nikki Haley, the U.S. ambassador to the UN, has called the launch a message to South Korea after the inauguration of its new president, Moon Jae-in, on Wednesday. Moon has promised to try to work together with its secluded neighbor.

"You first have to get into Kim Jong Un's head – which is, he's in a state of paranoia, he's incredibly concerned about anything and everything around him," Haley told American TV broadcaster ABC on Sunday.

North Korea is under multiple sets of UN and U.S. sanctions over its nuclear and missile programs.

South Korea announced Monday it would send special envoys to five countries to establish stronger ties. The envoys will travel to the U.S., China, Japan, Russia and Germany to meet with high-ranking officials to thoroughly explain South Korea's plans and determine how to form bilateral relations, the presidential Blue House said.

If you see a spelling error on our site, select it and press Ctrl+Enter
Tags:#USA#NorthKorea#launch#missile