The U.S. Navy is moving the USS Ronald Reagan aircraft carrier to the Korean Peninsula where it will conduct dual-carrier training exercises with the USS Carl Vinson amid heightened tensions in the region, two defense officials told CNN. 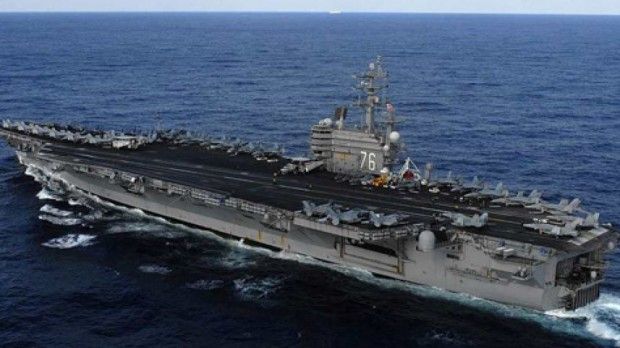 The move comes just days after North Korea demonstrated a significant leap forward in their missile program after launching a projectile that achieved "successful" controlled reentry into the Earth's lower atmosphere rather than falling back to the surface, according to a preliminary U.S. intelligence analysis, two U.S. officials tell CNN.

The USS Ronald Reagan departed for the Korean Peninsula on Tuesday after completing a maintenance period and sea trials in its homeport of Yokosuka, Japan, according to the Navy.

"Coming out of a long in-port maintenance period we have to ensure that Ronald Reagan and the remainder of the strike group are integrated properly as we move forward," Rear Adm. Charles Williams said in a press release.

Read alsoUN condemns North Korea missile test, vows sanctions – mediaOnce it arrives in the region, the carrier will conduct a variety of training exercises but primarily focus on certifying its ability to safely launch and recover aircraft, the Navy said. Defense officials would not comment on long the two carriers would be there, but ultimately the Reagan is expected to replace the Vinson in the region once its deployment ends.

The USS Carl Vinson, also a Nimitz-class carrier, arrived at the Korean Peninsula late last month as a show of force in advance of a long-anticipated sixth nuclear test from the North Korean government.

If you see a spelling error on our site, select it and press Ctrl+Enter
Tags: #USA#NorthKorea#carrier
Latest news