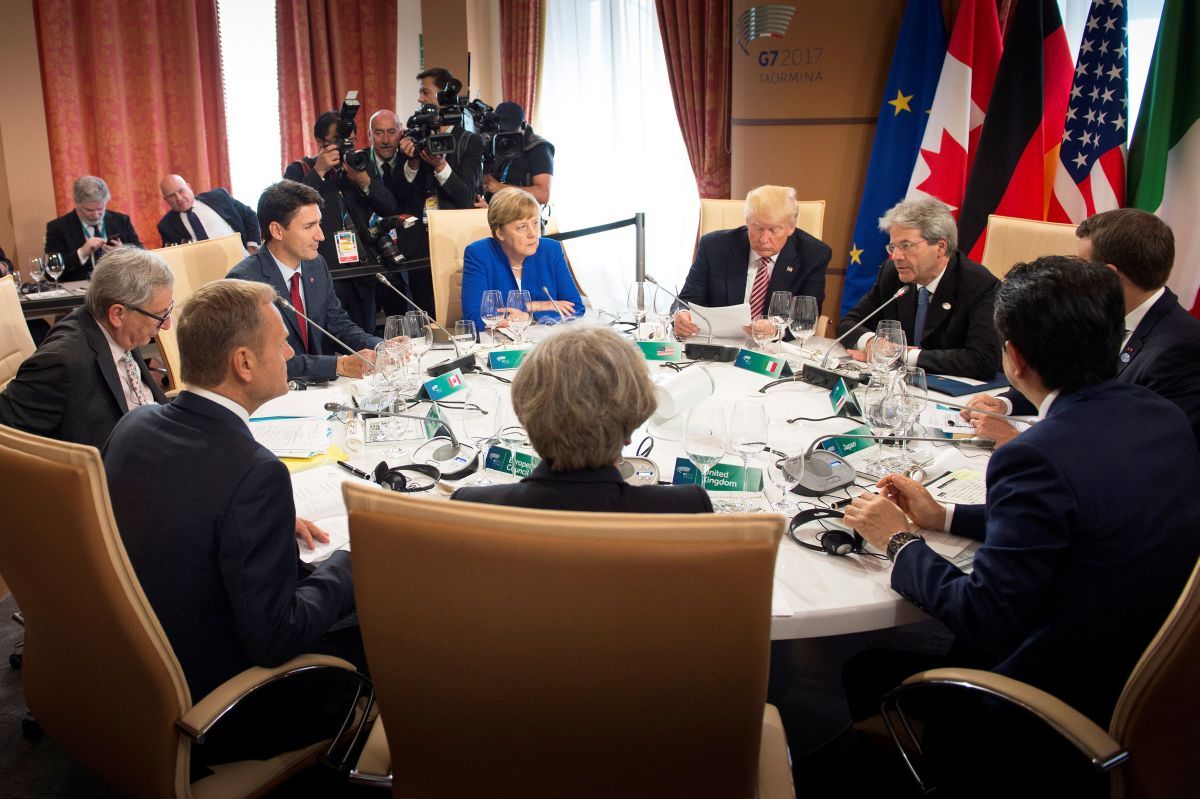 "Countering terrorism and violent extremism, acts of which have struck G7 members, as well as all regions of the world, regardless of country, nationality or belief, remains a major priority for the G7," the statement issued on May 26 reads.

"We stand united in our joint endeavour to make sure that our citizens are safe and secure, and their values and way of life fully preserved, and will take the strongest action possible to find, identify, remove, and punish, as appropriate, terrorists and those who abet their activities," the G7 leaders said.

"We will bring the fight against terrorism to a higher level by relentlessly preventing, investigating and prosecuting terrorist acts, their perpetrators and supporters," they said.

The G7 leaders said their countries would combat the misuse of the Internet by terrorists. They will also pursue a collective approach to managing the risk posed by foreign fighters as they disperse from theatres of conflict.

Read alsoFuture of Normandy format, Minsk accords to be decided at G7 summit – Ukrainian diplomatThey will refocus their efforts and take action to cut off sources and channels of terrorist financing and the financing of violent extremism. "Because funds are the lifeblood of violent extremists and terrorists, countering the financing of violent extremists who radicalize youth around the globe and threaten our national interests. We will, therefore, maintain our support for the work carried out by the Financial Action Task Force (FATF), and recognize the importance of improved information sharing between G7 financial intelligence units as well as better cooperation between other competent authorities and with the private sector. We will employ targeted financial sanctions to disrupt their support networks, and we will strengthen G7 cooperation on these sanctions," the statement said.

In addition, they are going to strengthen cooperation among border agencies, pledging to supporting the expansion of the use of Passenger Name Record (PNR) and Advance Passenger Information (API) in traveler screening.

If you see a spelling error on our site, select it and press Ctrl+Enter
Tags:violenceterrorismextremismItalyG7summit