Polish-American diplomat and political scientist Zbigniew Brzezinski, who had served as U.S. President Jimmy Carter's National Security Advisor from 1977 to 1981 and helped the West tackle numerous political issues with the China and the former Soviet Union, died Friday, May 26. He was 89. 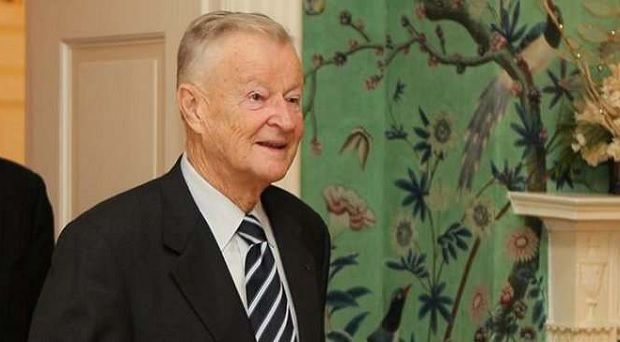 His death was announced by his daughter.

“My father passed away peacefully tonight,” she wrote on Instagram, adding that he was “the most inspiring, loving and devoted father any girl could ever have.”

My father passed away peacefully tonight. He was known to his friends as Zbig, to his grandchildren as Chief and to his wife as the enduring love of her life. I just knew his as the most inspiring, loving and devoted father any girl could ever have. I love you Dad❤️ #HailToTheChief

His latest tweet dated May 4 said: "Sophisticated US leadership is the sine qua non of a stable world order. However, we lack the former while the latter is getting worse."

Sophisticated US leadership is the sine qua non of a stable world order. However, we lack the former while the latter is getting worse.

Born in Warsaw and educated in Canada and the United States, Brzezinski was an acknowledged expert in Communism when he attracted the attention of U.S. policymakers, according to Politico. In the 1960s he was an adviser to John F. Kennedy and served in the Johnson administration.

In December 1976, Carter offered Brzezinski the position of national security adviser. He had not wanted to be secretary of state because he felt he could be more effective working at Carter's side in the White House.

Throughout his career, he would be affiliated with moderate-to-liberal groups, including the Rand Corp., the Council on Foreign Relations, Amnesty International and the NAACP.

If you see a spelling error on our site, select it and press Ctrl+Enter
Tags: #death
Latest news