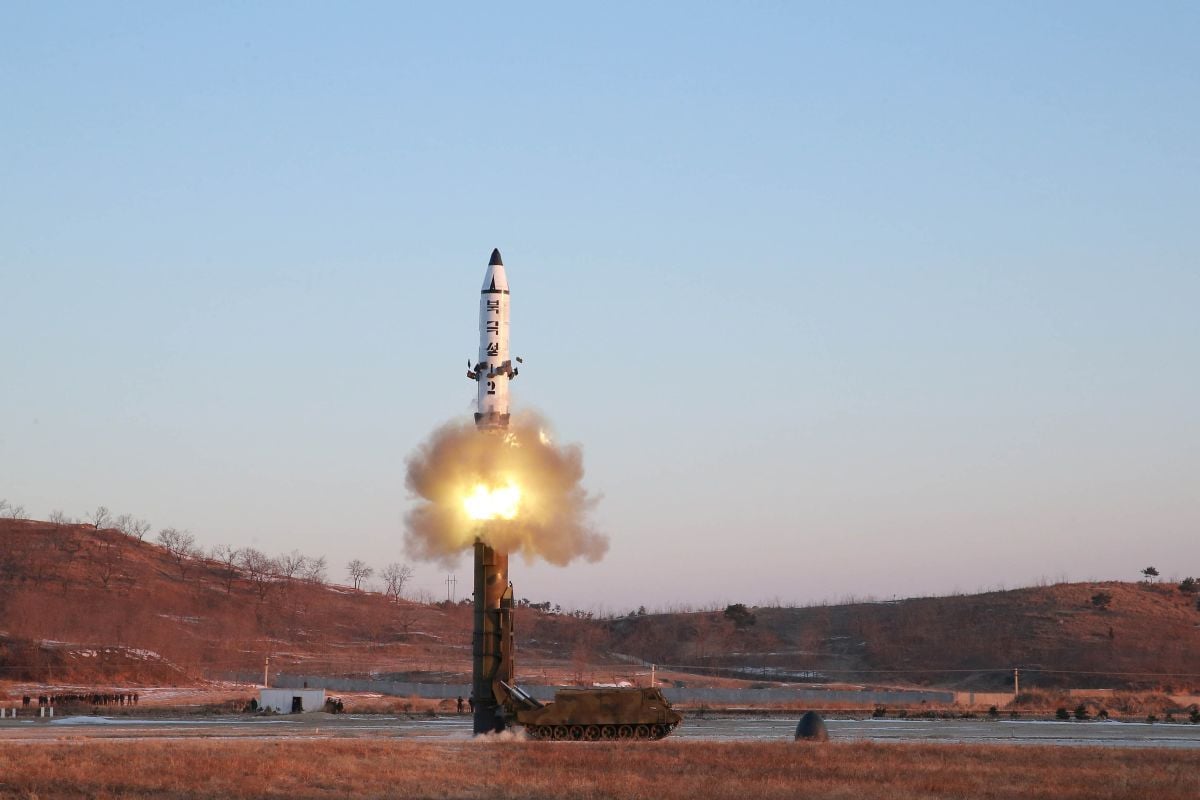 The missile was believed to be a Scud-class ballistic missile and flew about 450 km (280 miles), South Korean officials said, Reuters said.

North Korea has a large stockpile of the short-range missiles, originally developed by the Soviet Union.

Monday's launch followed two successful tests of medium- to long-range missiles in as many weeks by Pyongyang, which has been conducting such tests at an unprecedented pace in an effort to develop an intercontinental ballistic missile (ICBM) capable of hitting the mainland United States.

The North was likely showing its determination to push ahead with missile development in the face of international pressure to rein it in and "to pressure the (South Korean) government to change its policy on the North", South Korea's Joint Chiefs of Staff spokesman Roh Jae-cheon said.

It was the third ballistic missile test-launch since South Korea's liberal President Moon Jae-in took office on May 10 pledging to engage the reclusive state in dialogue. Moon says sanctions alone have failed to resolve the growing threat from the North's advancing nuclear and missile program.

The missile reached an altitude of 120 km (75 miles), Roh said. "So far, the assessment is there was at least one missile but we are analyzing the number of missiles," he said.

North Korea, which has conducted dozens of missile tests and tested two nuclear bombs since the start of 2016 in defiance of U.N. Security Council resolutions, says the program is necessary to counter U.S. aggression.

The White House said President Donald Trump had been briefed on the launch. The U.S. Pacific Command said it tracked what appeared to be a short-range ballistic missile for six minutes and assessed it did not pose a threat to North America.

Read alsoU.S. Defense Secretary Mattis: War with North Korea would be "catastrophic" – CBS NewsThe United States has said it was looking at discussing with China a new U.N. Security Council resolution and that Beijing, Pyongyang's main diplomatic ally and neighbor, realizes time was limited to rein in the North's weapons program through negotiations.

U.S. Defense Secretary Jim Mattis, asked what a military conflict with North Korea might look like if diplomacy failed, warned on Sunday that would be "probably the worst kind of fighting in most people's lifetimes".

"The North Korean regime has hundreds of artillery cannons and rocket launchers within range of one of the most densely populated cities on Earth, which is the capital of South Korea," Mattis told CBS news program "Face the Nation".

"And in the event of war, they would bring danger to China and to Russia as well," he said.

Japan lodged a protest against the North's latest missile launch, which appeared to have landed in Japan's exclusive economic zone.

"As we agreed at the recent G7, the issue of North Korea is a top priority for the international community," Abe told reporters in brief televised remarks. "Working with the United States, we will take specific action to deter North Korea."