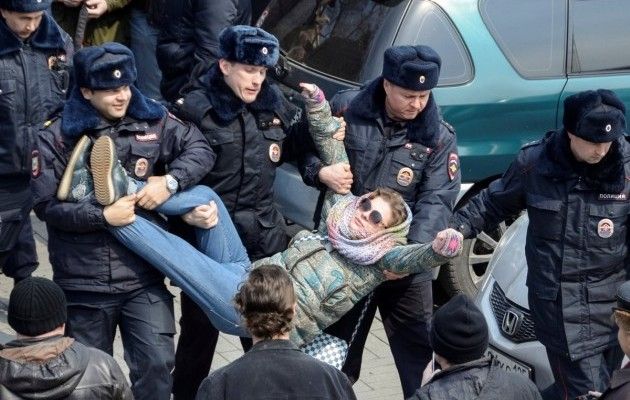 Navalny said on his website on May 29 that activists in 212 cities plan to hold demonstrations. The number of cities in which they have applied for permits was not immediately clear, RFE/RL reported.

Navalny said that rallies will be held regardless of whether permission is granted, citing what he said was the right of citizens to demonstrate on the June 12 Russia Day holiday.

In Moscow, Navalny is seeking permission for up to 15,000 people to march down Tverskaya Street, a main thoroughfare, and rally near the Kremlin.

Navalny is trying to get on the ballot for a March 2018 election in which President Vladimir Putin is widely expected to run for a fourth term.

The protest plans may run up against a decree Putin signed on May 10 that restricts public gatherings in Moscow and other cities that will be hosting matches in the upcoming FIFA Confederations Cup soccer tournament, including Moscow.

Critics say Putin has sought to thwart street protests, silence dissent, and consolidate power over more than 17 years in power as president or prime minister.

If you see a spelling error on our site, select it and press Ctrl+Enter
Tags:#Russia#protests#Navalny