Over 1,000 people were injured in the Juventus fanzone stampede during the Champions League Final last night, as a woman and four-year-old child remain in critical condition, according to Football Italia. 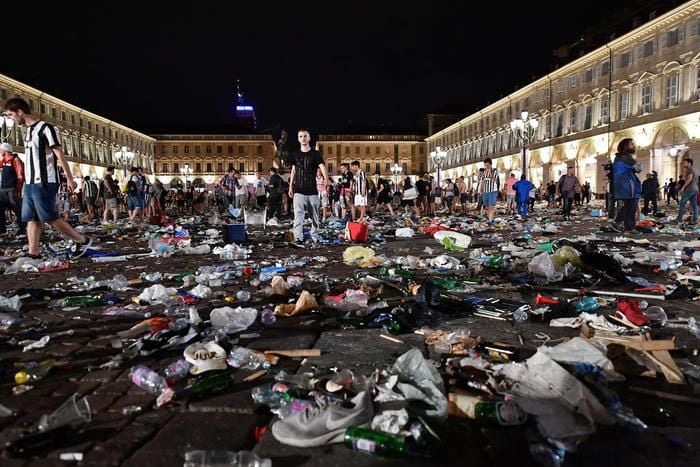 The incident occurred soon after Real Madrid scored the third goal in their 4-1 victory in Cardiff, Football Italia wrote.

A noise, believed to be a firework or a metal gate that fell into the subway, made the crowd believe there had been a bomb and sparked the panic.

At least 20,000 were in Piazza San Carlo in Turin at the time and witnesses spoke of it being "just like Heysel," with people crushed in their attempts to get away.

Of those, at least five are serious and two remain in critical condition.

They are a 39-year-old woman, who has chest injuries from the crush and is intubated to help her breathing, and a four-year-old child with head and chest trauma.

The child is reported to be clinging to life after he was revived at the scene.

If you see a spelling error on our site, select it and press Ctrl+Enter
Tags: #Italy
Latest news