A rally against the demolition of residential buildings in Moscow as part of a notorious and massive reconstruction project is being held outside the Russian State Duma, according to Lentach.media. 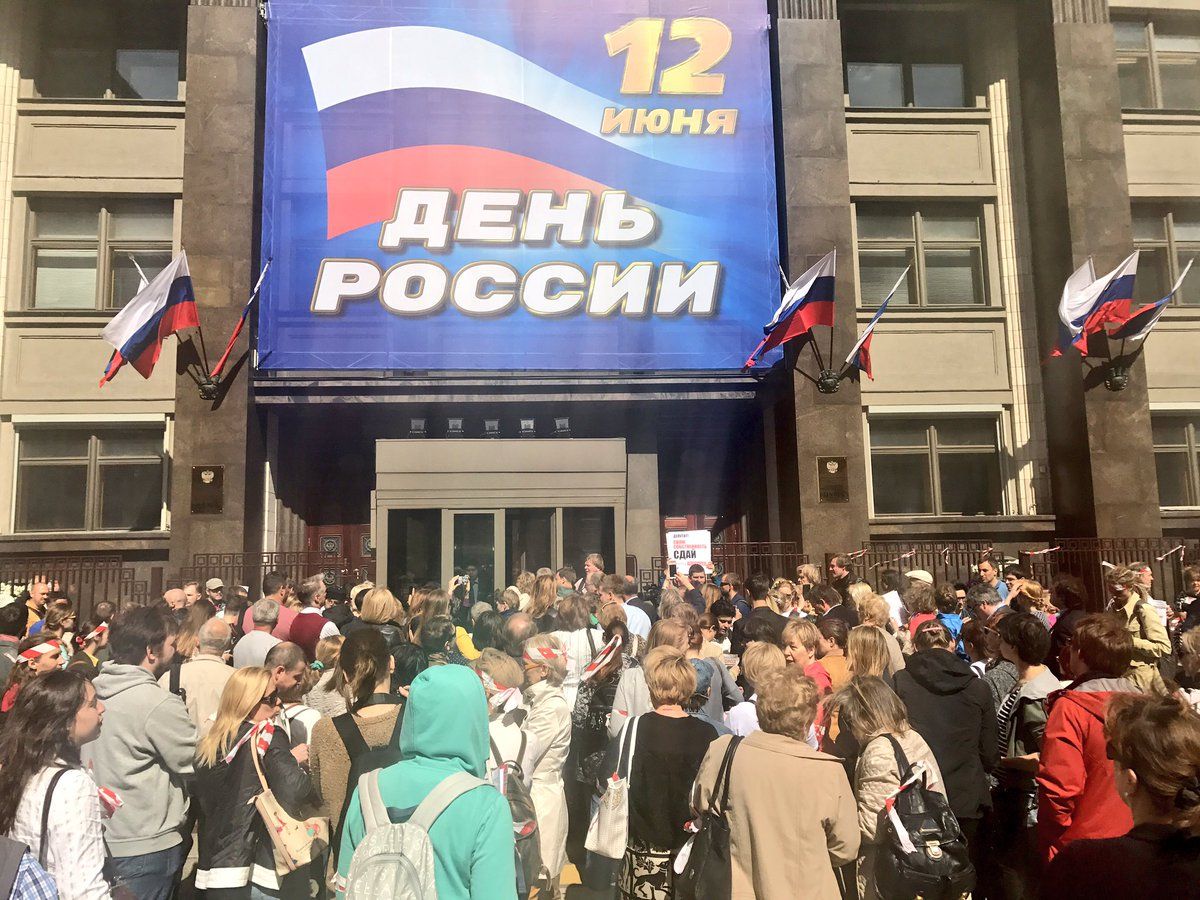 Sergey Mitrokhin, one of the leaders of the social-liberal Russian United Democratic Party "Yabloko," was among the protesters. He said renovation caused "outrage" against Muscovites. His presence did not last long as he was swiftly detained by police forces, Lentach reports.

In the meantime, the police hinted to the arrivals that the "event was unauthorized", bringing paddy wagons closer to the site of the rally.

People are shouting "Hands off Moscow!" and "Shame."

The renovation program was approved by the State Duma on May 9. It provides for the demolition of the so-called "dilapidated housing" in Moscow and the relocation of homeowners.

The list of programs included 4,556 residential buildings. It turned out that a significant part of them was not in fact in an emergency condition.

If you see a spelling error on our site, select it and press Ctrl+Enter
Tags: #Russia#rally#Moscow
Latest news