BuzzFeed: The Trump administration has a new plan for dealing with Russia 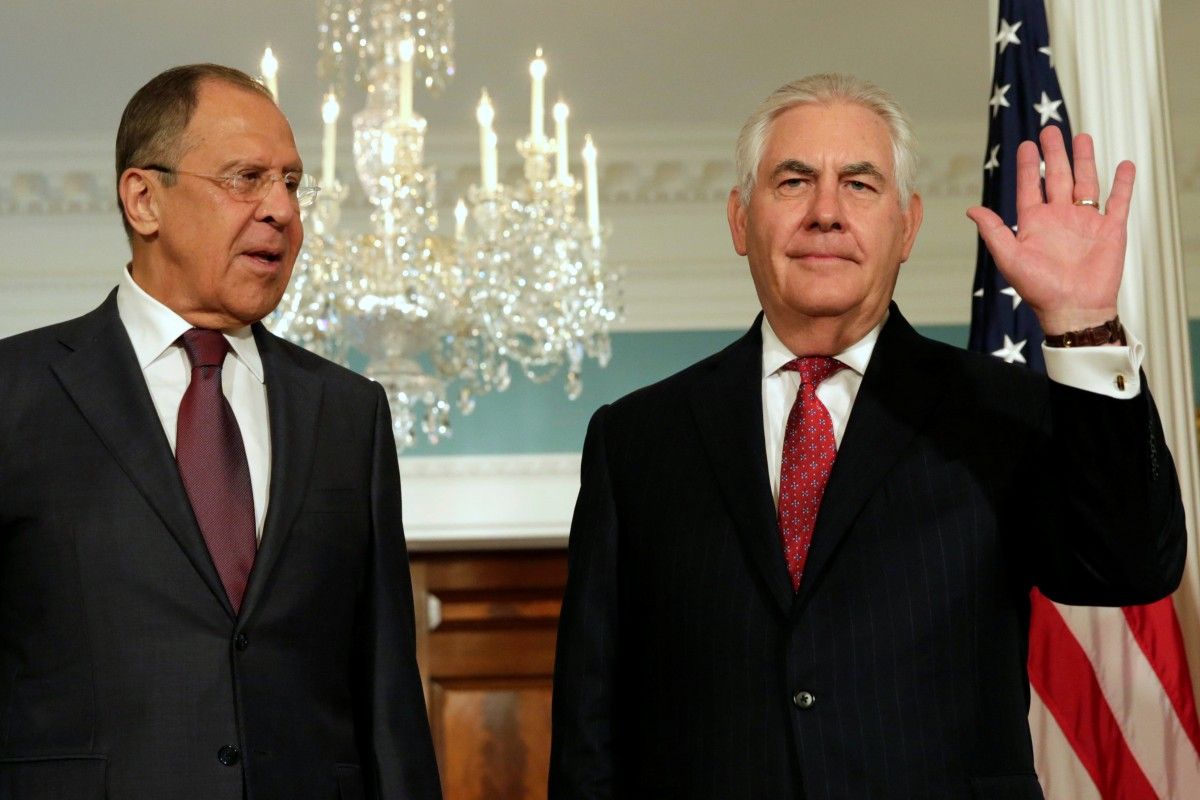 The former Texas oilman, who worked extensively with Kremlin officials as CEO of Exxon Mobil, has crafted a three-point framework for future US-Russia relations that takes a narrow view of what can be achieved between the former Cold War adversaries, but seeks a constructive working relationship with Putin on a limited set of issues, BuzzFeed wrote.

"Right now, US-Russia relations are in the gutter," a senior State Department official familiar with the framework told BuzzFeed News. "We want to make sure it doesn't flush into the sewer."

Read alsoTillerson says Trump wants him to fix U.S. ties with Russia amid turmoil – mediaThe framework, a classified document that hasn't previously been revealed, has become the source of anxious speculation by US allies still puzzled about Trump's commitment to deterring Russia and bolstering NATO allies, even after his endorsement of the military alliance's principle of collective defense.

The first pillar of the framework, a US official said, is to convey to Moscow that aggressive actions against the United States are a losing proposition that will be counterproductive for both sides. When Russia takes bold actions against American interests, such as sending arms to the Taliban in Afghanistan or harassing US diplomats in Moscow, Washington will push back.

The second pillar is to engage on issues that are of strategic interest to the United States, including the long-running civil war in Syria, North Korea's rapidly developing nuclear weapons program, and cybersecurity and cyberespionage, a US official said. Tillerson wants to reverse Moscow's recent boost in trade with North Korea following some modest success in getting China to ban imports of coal from the rogue nation. He is seeking better coordination with Russia in Syria against ISIS, although it is unclear how that might be achieved. The two Cold War foes also maintain an increasingly sophisticated arsenal of cyberweapons, but lack a mutual understanding of what's fair game and what isn't.

The third pillar of Tillerson's framework emphasizes the importance of "strategic stability" with Russia, an ambiguous umbrella term that encompasses a range of long-term mutual geopolitical goals.

"It's a mixture of pushing back and also engaging on issues where there might be convergence," said Steven Pifer, a former US ambassador to Ukraine and a scholar at the Brookings Institution, after reviewing a framework summary.

Pifer said the framework is similar to a four-point strategy for dealing with Russia that the Obama administration created in 2015, after the Ukraine crisis upended efforts to "reset" relations with the Kremlin. The difficulty, he said, is knowing whether Trump will adhere to it or pursue a more ambitious grand bargain with Russia that shows deference to Moscow's sphere of influence in Eastern Europe. "We're talking about a Tillerson document," he said. "If we've learned anything over the last four months, it's that the president could throw it out at any moment."

A White House official familiar with the process said the drafting of the document originally began with Fiona Hill, the White House senior director for Europe and Russia. But during that process, Tillerson came forward with his own framework — a product of his personal views, numerous one-on-one luncheons with the president, and the State Department's director of policy planning, Brian Hook. Tillerson's outsize influence on the document, which won approval at a meeting of White House cabinet officials including Secretary of Defense James Mattis, demonstrates the new power dynamics inside the Trump administration, BuzzFeed wrote.

BuzzFeed points to a lack of Russia experts in leadership roles in the Trump administration, outside of Tillerson. The White House hasn't nominated a deputy assistant secretary for Russia at the Pentagon, or an assistant secretary for European and Eurasian affairs at the State Department. Tillerson has blamed the delay on the "extraordinarily burdensome" process of filling out paperwork to the Office of Government Ethics, but those procedures are not unique to this administration.

One appointment that could be announced in the coming weeks is that of Wess Mitchell, a Russia hawk and president of the Center for European Policy Analysis. Two individuals familiar with the matter told BuzzFeed News that Mitchell is a top candidate to be nominated assistant secretary of state for European and Eurasian affairs, the top US diplomat for Europe and Russia. Mitchell, a vocal Putin critic, also worked on Europe issues at the John Hay Initiative, a neoconservative-leaning policy shop run by Hook that offered foreign policy advice to Republicans running for public office.

Read alsoPutin believes U.S.-Russia war would leave no survivorsThe State Department is also struggling to find the right person to fill a new special envoy position to deal directly with the Russians on the Ukraine crisis. One individual familiar with the search said former State Department officials Dan Fried and Victoria Nuland have withdrawn their names from consideration for the position.

Read alsoRussia's Foreign Ministry ready for talks with U.S. on Ukraine – Russian mediaIn the meantime, Tillerson has tapped Tom Shannon, a career foreign service officer and the State Department's number three official, to help get US-Russia relations back on track. Shannon will travel to St. Petersburg on June 23 to address "irritants" between Moscow and Washington. One of the issues up for discussion is the return of two diplomatic compounds, or dachas, in New York and Maryland that were seized from Russia by the Obama administration as punishment for Moscow's alleged meddling in the 2016 presidential election. Then-president Barack Obama expelled Russian diplomats from the compounds in December, saying they were being "used by Russian personnel for intelligence-related purposes."

If you see a spelling error on our site, select it and press Ctrl+Enter
Tags:RussiaUSATillersonTrump