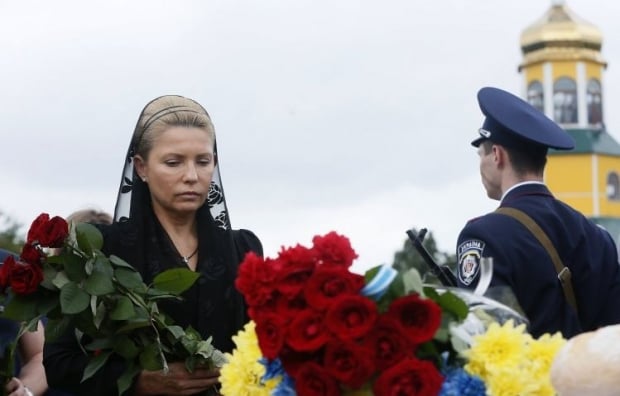 Many are left destitute – robbed of their inheritance – while others are enslaved by their in-laws, accused of witchcraft or forced into abusive sexual rituals, Reuters said.

Here are some facts:

- There are an estimated 258.5 million widows globally with 584.6 million offspring.

- Deaths through conflict and disease contributed to a 9 percent rise in the number of widows between 2010 and 2015.

- The biggest jump has been in the Middle East and North Africa, where the estimated number of widows rose 24 percent between 2010 and 2015, partly due to the Syrian war and other conflicts.

- One in seven widows globally – 38 million – lives in extreme poverty.

Read alsoAbout 2,700 Ukrainian soldiers killed in Donbas war – Def. Ministry- One in 10 women of marital age is widowed. The proportion is about one in five in Afghanistan and Ukraine.

- A third of widows worldwide live in India or China. India, with an estimated 46 million widows in 2015, has overtaken China (44.6 million) to become the country with the largest number of widows.

- Widow "cleansing" rituals in some sub-Saharan countries may require a widow to drink the water used to wash her dead husband's body or to have sex with an in-law or a stranger.

- Campaigners for widows' rights say such rituals, which are intended to rid a widow of her husband's spirit, spread disease and are a violation of dignity.

Read alsoOSCE: 47 civilians killed, 222 injured in Donbas year to date- Widows are regularly accused of killing their husbands either deliberately or through neglect – including by transmitting HIV/AIDS – in India, Nepal, Papua New Guinea and sub-Saharan Africa.

- A significant number of girls are widowed in childhood – a reflection of the prevalence of child marriage in developing countries and the custom of marrying off young girls to much older men.

If you see a spelling error on our site, select it and press Ctrl+Enter
Tags:war