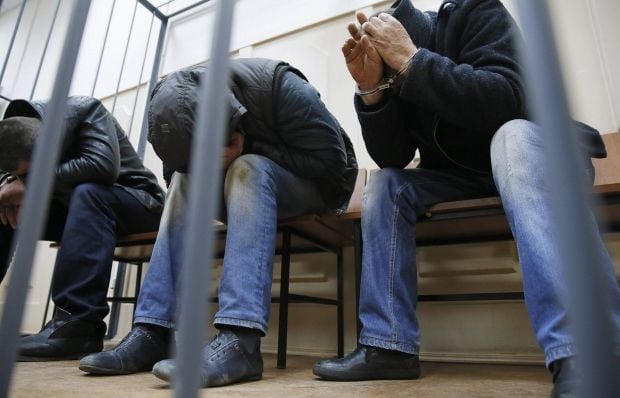 The five men were charged with Nemtsov's death in December 2015. A sixth suspect, Beslan Shavanov, killed himself with a grenade while resisting arrest.

Read alsoNemtsov's killers reportedly revealed due to accidental callThe men had been offered 15 million rubles each ($240,000) to murder Nemtsov, the court heard.

Dadaev, a former officer in the Chechen security forces, was found to have shot the the opposition politician in the back on February 27, 2015 as he crossed Moscow's Bolshoi Moskvoretsky Bridge. The Gubashev brothers and Eskerkhanov traced Nemtov's movements prior to the killing, while Bakhayev provided information and helped the group to hide after the murder, the court was told.

Prosecutors are currently investigating Ruslan Mukhudinov, a low-ranking officer in the Chechen security services, for ordering the hit, despite protests from the Nemtsov family that higher-ranking officials were also involved. Mukhudinov has been wanted internationally since November 2015.

If you see a spelling error on our site, select it and press Ctrl+Enter
Tags:MoscowNemtsov