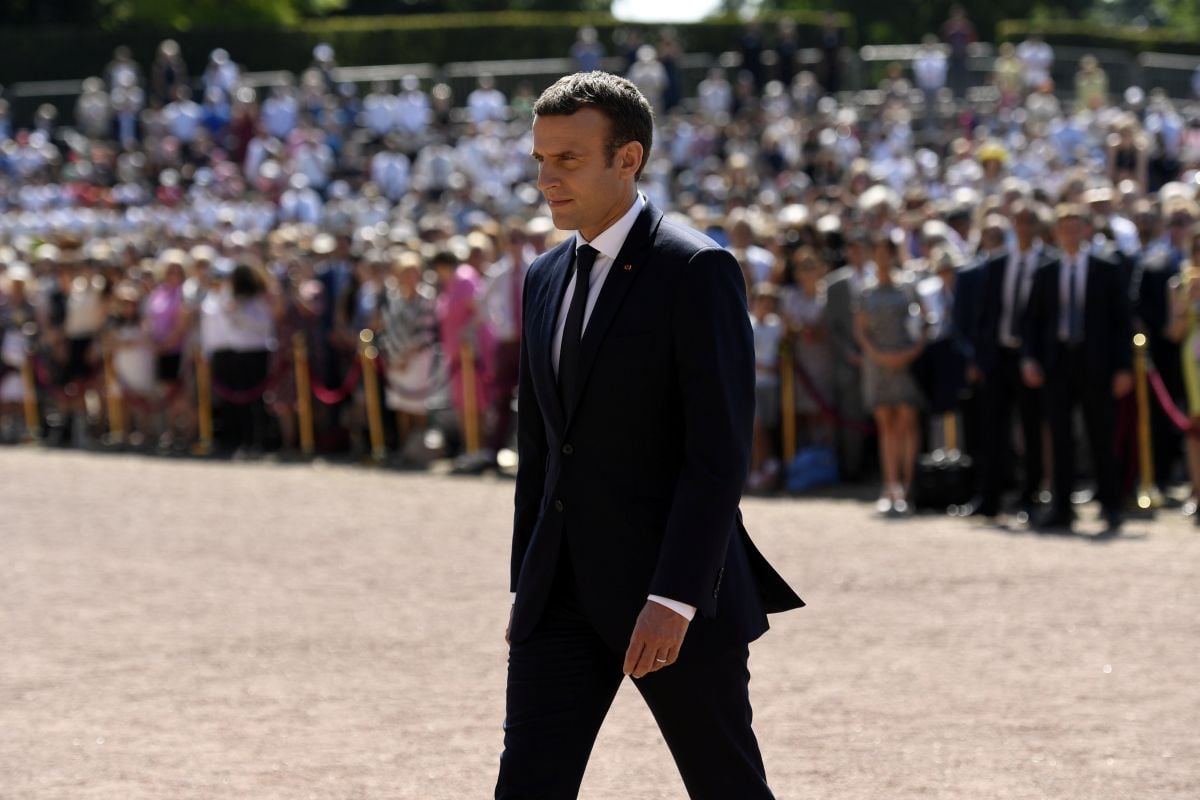 The alleged Day of the Jackal-style plot by the unnamed 23-year-old Frenchman was foiled when he tried to get hold of a Kalashnikov assault rifle online, Mirror reported.

Prosecuting sources in the French capital said the man was from the 'extreme-Right' and wanted to murder Mr. Macron, as well as 'blacks, Arabs, Jews and homosexuals'.

He was indicted with terrorism offences last Saturday, with details of the case released today.

The suspect, who comes from the Paris area, planned to target Mr. Macron as he took the salute at the Bastille Day celebrations on July 14th.

President Trump will be this year's guest of honor on France's national day, which recalls the storming of the Bastille fortress during the French Revolution of 1789.

One of the biggest security operations in French history will unfold on the Champs Elysee and the Place de la Concorde for the event, which will involve thousands of French and American troops.

The would-be attacker is said to have mentioned his search for a weapon on a video games forum that was being monitored by intelligence officers.

When anti-terrorism police turned up at his flat in the suburb of Argenteuil last Wednesday, he is said to have threatened them with a kitchen knife.

Read alsoKyiv to step up counter-terrorism security after cyber attacks, car blastsHe was overpowered and placed in custody, while searches of his car found further weapons.

Prosecuting sources told the RMC radio station that the man was 'psychologically disturbed but determined'.

His profile was said to resemble that of Maxime Brunerie, who fired at President Jacques Chirac during the Bastille Day parade in 2002.

Brunerie was a neo-Nazi who was sentenced to ten years in prison before being released in 2009.

The OAS Secret Army Organization also regularly plotted to assassinate President Charles de Gaulle as they campaigned against the loss of the French colony of Algeria in the early 1960s.

The antics of the far-Right terrorist group, which was mainly made up of army and police officers, were fictionalized in the Frederick Forsyth novel 'The Day of the Jackal'.

It was made into a hit film staring Edward Fox as the assassin and Michel Lonsdale as the detective who foils him.

President Macron, who became president in May aged only 39, has already received a number of death threats, including ones contained in menacing letters and emails.

If you see a spelling error on our site, select it and press Ctrl+Enter
Tags:FranceMacronassassinationplot