BBC: Trump and Putin had another, undisclosed conversation at G20 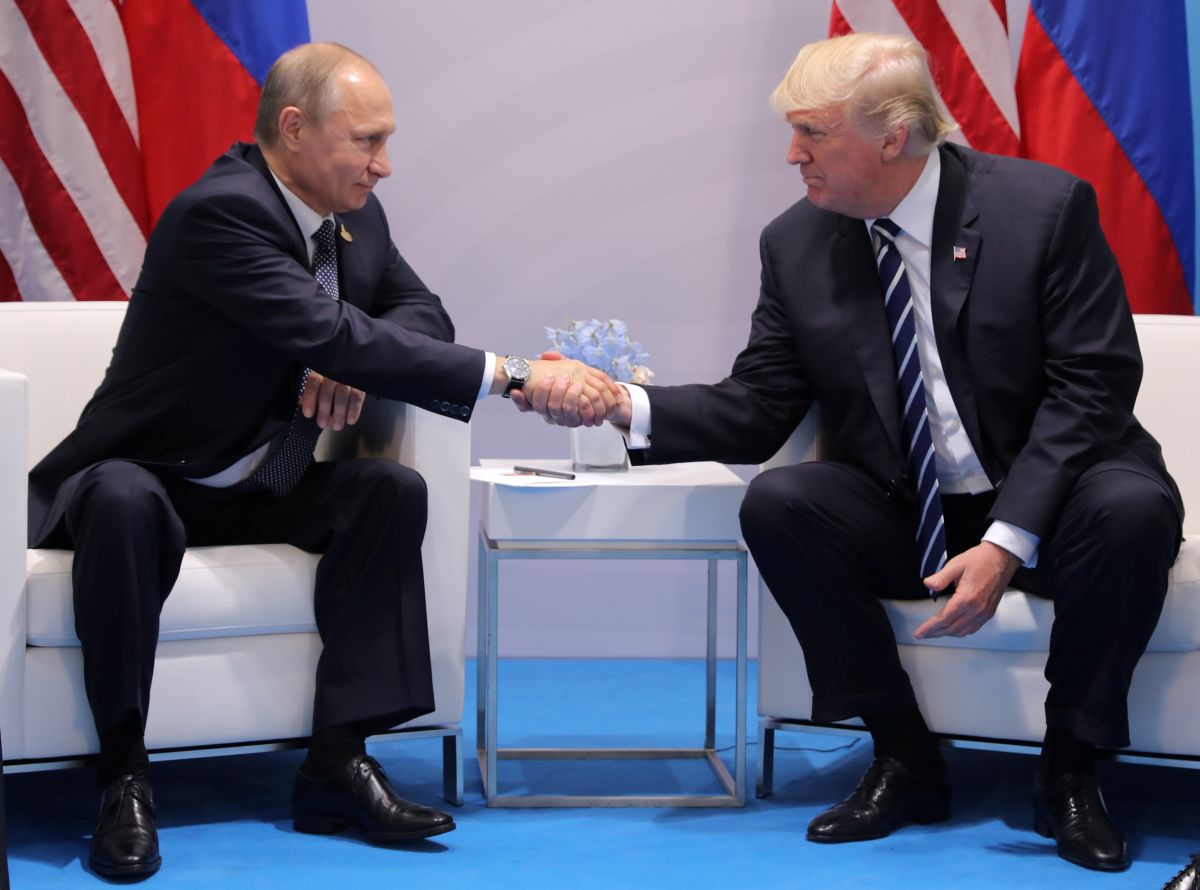 They spoke towards the end of a formal dinner but the White House has not revealed what was discussed, the BBC reported.

President Trump has condemned media revelations of the talks as "sick".

The two leaders' relationship is under scrutiny amid allegations of Russian interference in the U.S. election.

U.S. intelligence agencies believe Moscow tried to tip the election in Mr Trump's favour, something denied by Russia. Mr Trump has rejected allegations of any collusion.

Read alsoTrump says will invite Putin to White House at "the right time" The extra conversation happened during a private meal of heads of state at the G20 summit in Hamburg earlier in the month.

Mr Trump left his seat and headed to Mr Putin, who had been sitting next to Mr Trump's wife, Melania, U.S. media said. The U.S. president was alone with Mr Putin, apart from the attendance of the Russian president's official interpreter.

Mr Trump had been seated next to Japanese PM Shinzo Abe's wife, so the U.S. interpreter at the dinner spoke Japanese, not Russian. No media were in attendance.

The length of the talks has been disputed.

Ian Bremmer, president of the U.S.-based Eurasia Group, who first reported them in a newsletter to clients, said: "Donald Trump got up from the table and sat down with Putin for about an hour. It was very animated and very friendly."

No-one else was nearby, so the topics of discussion were not known, he said.

Mr Bremmer had not been at the dinner but said details were given to him by unnamed attendees who, he said, were "flummoxed, confused and startled" by the turn of events.

Mr Bremmer told Bloomberg he had never before seen "two major countries with a constellation of national interests that are as dissident while the two leaders seem to be doing everything possible to make nice-nice and be close to each other".

In a statement, a senior White House official said there was no "second meeting", just a brief conversation after dinner.

The official said: "The insinuation that the White House has tried to 'hide' a second meeting is false, malicious and absurd. It is not merely perfectly normal, it is part of a president's duties, to interact with world leaders."

Read alsoPutin’s dangerous new Ukraine doctrine - WSJNational Security Council spokesman Michael Anton said it was not a meeting but a "pull aside", adding: "A conversation over dessert should not be characterised as a meeting."

Mr Trump later said on Twitter: "Fake News story of secret dinner with Putin is 'sick.' All G20 leaders, and spouses, were invited by the Chancellor of Germany. Press knew!"

The dinner and its attendees have always been known. Only the Trump-Putin discussion had not been reported before.

At the earlier, formal meeting, their first face-to-face encounter, Mr Trump said he had repeatedly pressed Mr Putin about the allegations of interference in the U.S. vote.

There are congressional investigations, and one by a special counsel, into the allegations of Russian interference in the U.S. election and possible collusion with the Trump team.

On Tuesday, the Senate intelligence committee said it wanted to interview Mr Trump's son, Donald Jr, and other members of the Trump team, over a meeting they had with a Russian lawyer in June last year.

Mr Trump Jr said he had attended the meeting with Natalia Veselnitskaya as he was promised damaging material on Hillary Clinton, but it did not materialise.

On Wednesday, Ms Veselnitskaya told Russia's RT television channel she would be willing to testify before the Senate on the matter.

If you see a spelling error on our site, select it and press Ctrl+Enter
Tags:RussiaPutinUSATrumpmeetingG20