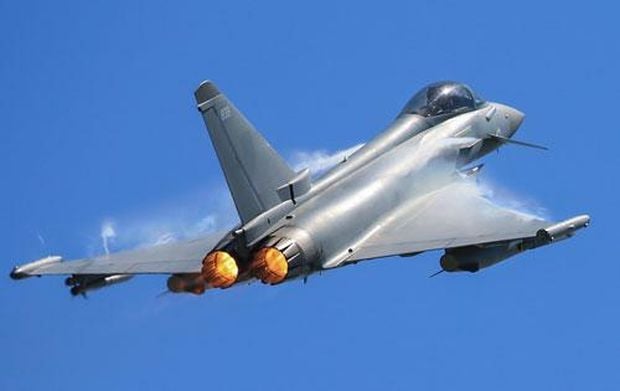 The Russian military jets were flying over the western Black Sea and were monitored by the Typhoon in accordance with the NATO Enhanced Air Policing (eAP) mission the RAF are conducting in Romania. The Tupolevs were tracked as they departed south but the jets did not come within visual range of each other.

Wing Commander Lewis Cunningham, Officer Commanding 3(F) Squadron said "It worked as we would have expected it to. We took down the details, ran to the aircraft and I took off within the prescribed timeline." He added: "It's satisfying. We spotted that there was something happening and then very quickly the 'phone call came and we were running out of the door.'"

Read alsoUkraine, U.K. sailors conduct drills on HMS Duncan in OdesaThe RAF mission in Romania is part of NATO's Assurance Measures introduced in 2014. At the time, the Alliance started implementing these Assurance Measures with the goal to demonstrate the collective resolve of Allies, demonstrate the defensive nature of NATO and deter the threat of Russian aggression against NATO Allies.

Wing Commander Andrew Coe, Commanding Officer of 135 Expeditionary Air Wing based in Romania said: "This was a routine operation and is no different to what NATO aircraft do in other areas on a regular basis." He added: "The RAF have a long tradition and experience of conducting such activities in the UK and it is a normal peacetime activity to monitor flights in airspace of interest."

If you see a spelling error on our site, select it and press Ctrl+Enter
Tags:RussiaNATOaircraftRomaniaTyphoon