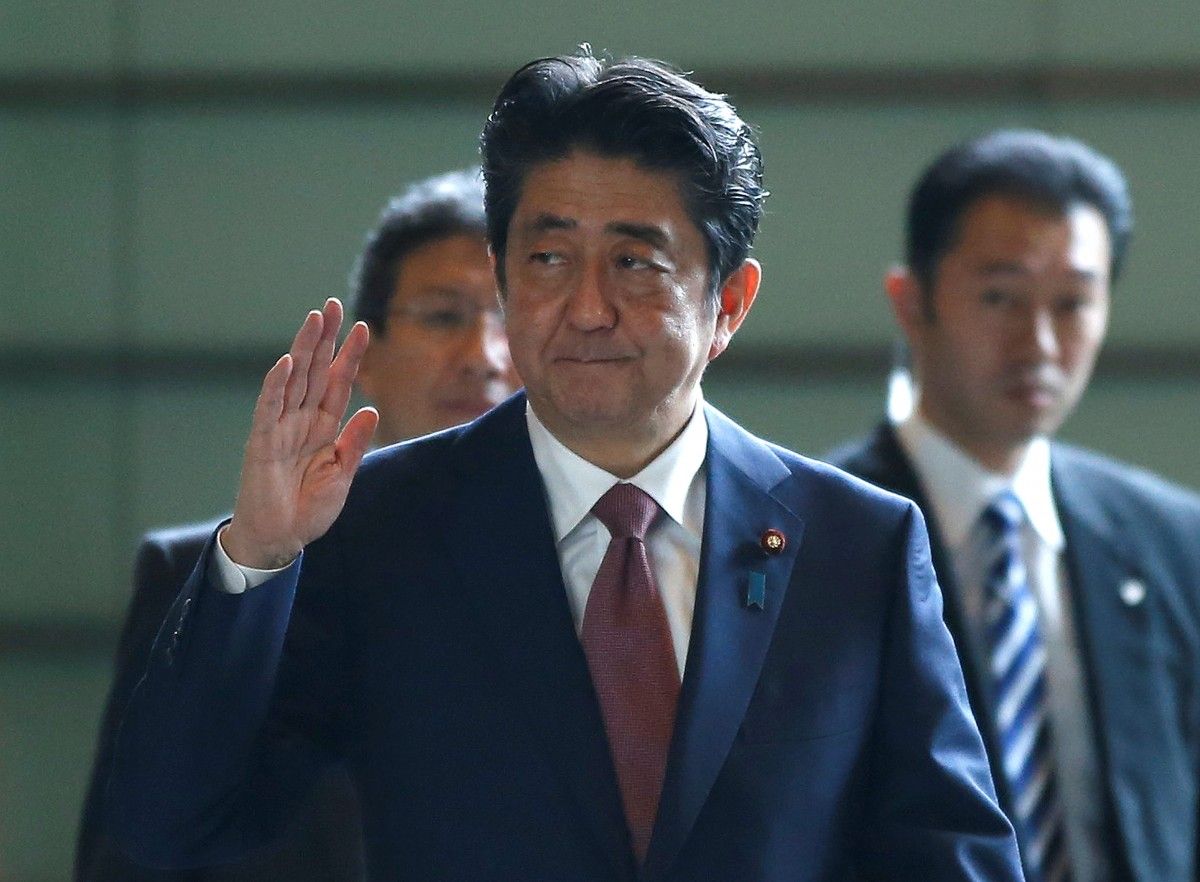 Many ministers are being reappointed, such as Finance Minister Taro Aso, or are taking up posts they have held before. One of the few exceptions is new Foreign Minister Taro Kono, who is known for both his willingness to criticize the ruling party and a frankness unusual for a Japanese politician, as reported by Reuters.

Opinion polls show support for Abe has plunged to its lowest since he returned to office in December 2012 with a promise to revive Japan's stale economy and bolster its defenses, endangering his goal of revising the pacifist constitution.

Abe had until recently also been seen as likely to win a third term as head of his ruling Liberal Democratic Party (LDP) and thus the premiership, putting him on track to be Japan's longest-serving prime minister.

But support in recent polls has fallen below 30 percent, with the opposition fanning suspicions of Abe's favoritism to a friend and voters believing that he and his aides have grown arrogant in office. He was also hurt by the LDP's defeat by a novice political party in a July assembly election.

"We need to fulfill economic policies under Abenomics so that the public can better feel the benefits of Japan's economic revival," Kishida told a news conference, referring to Abe's signature plan to reboot Japan's economy.

Read alsoJapan's parliament greenlights emperor's abdicationAbe's choice of Kono, a former administrative reform minister with wide international connections, for the post of Japan's top diplomat will likely attract attention both at home and abroad. Kono has a degree from Georgetown University and worked as an aide for several politicians.

"In the current state of confusion and flip-flop in Washington, Kono's deep and broad network of personal connections will be a huge asset," Jesper Koll, head of equity fund WisdomTree Japan, said in an email.

One of Kono's major tasks will be to coordinate closely with the United States, Japan's closest ally, in the face of North Korea's worrying missile and nuclear development programs, as well as China's growing regional clout.

Aside from Aso, Trade Minister Hiroshige Seko and Chief Cabinet Secretary Yoshihide Suga, who has drawn criticism as the face of a Cabinet that many voters feel came to take them for granted, will remain in their posts.

Adding Noda may be an attempt to woo women voters, who are less enthused with the Abe government than men. She also tried to run against Abe in the most recent LDP election.

"She has been at odds with him in the past, so I guess it would be showing that he's trying to be more inclusive and try to dampen his reputation of being haughty," said Jeffrey Kingston, director of Asia studies at Temple University's Japan campus. He doubted her presence would help boost support.

The stock market was initially unimpressed with the lineup, showing that Abe may not get the bump in support he wants.

If you see a spelling error on our site, select it and press Ctrl+Enter
Tags:CabinetJapanreshuffle