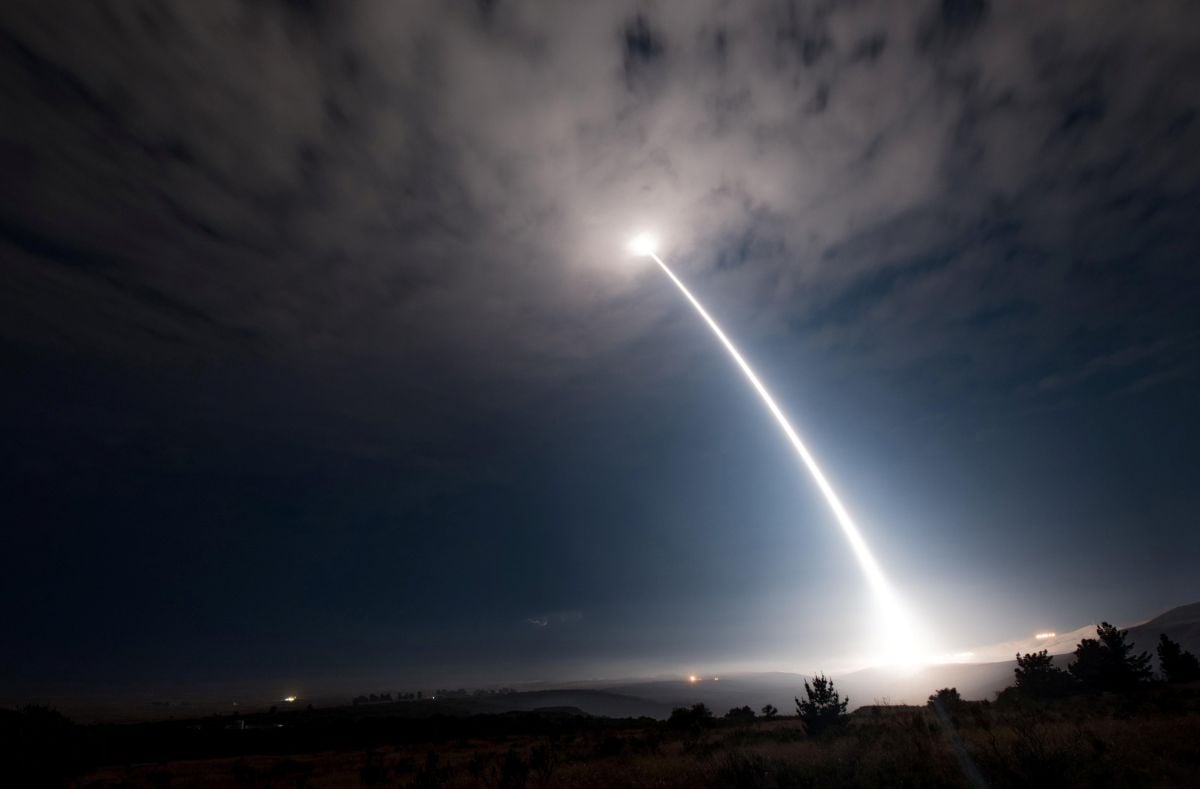 "While not a response to recent North Korean actions, the test demonstrates that the United States' nuclear enterprise is safe, secure, effective and ready to be able to deter, detect and defend against attacks on the United States and its allies," a statement from the Air Force read.

The Pentagon expressed concern that the test posed a danger to commercial aircraft in the region.

A U.S. official confirmed Tuesday that on Friday a commercial airliner flew past the location where the North Korean ICBM would land less than 10 minutes later, in the Sea of Japan.

In "direct response" to North Korea, the U.S. flew two supersonic B-1 bombers with Japanese and South Korean air force craft over the Korean Peninsula on Saturday.

North Korea launched its first ICBM test on July 4, with leader Kim Jong Un calling it a "gift to the U.S." on its independence day.

Minuteman missiles have been regularly tested at the Vandenberg base, and today's test was the fourth this year. The missiles travel 4,200 miles (6,800 kilometers) across the Pacific to land at a target area in Kwajalein Atoll, according to the Associated Press.

The Air Force also conducted a test of a missile interceptor from Vandenberg in May that destroyed a mock warhead over the Pacific.