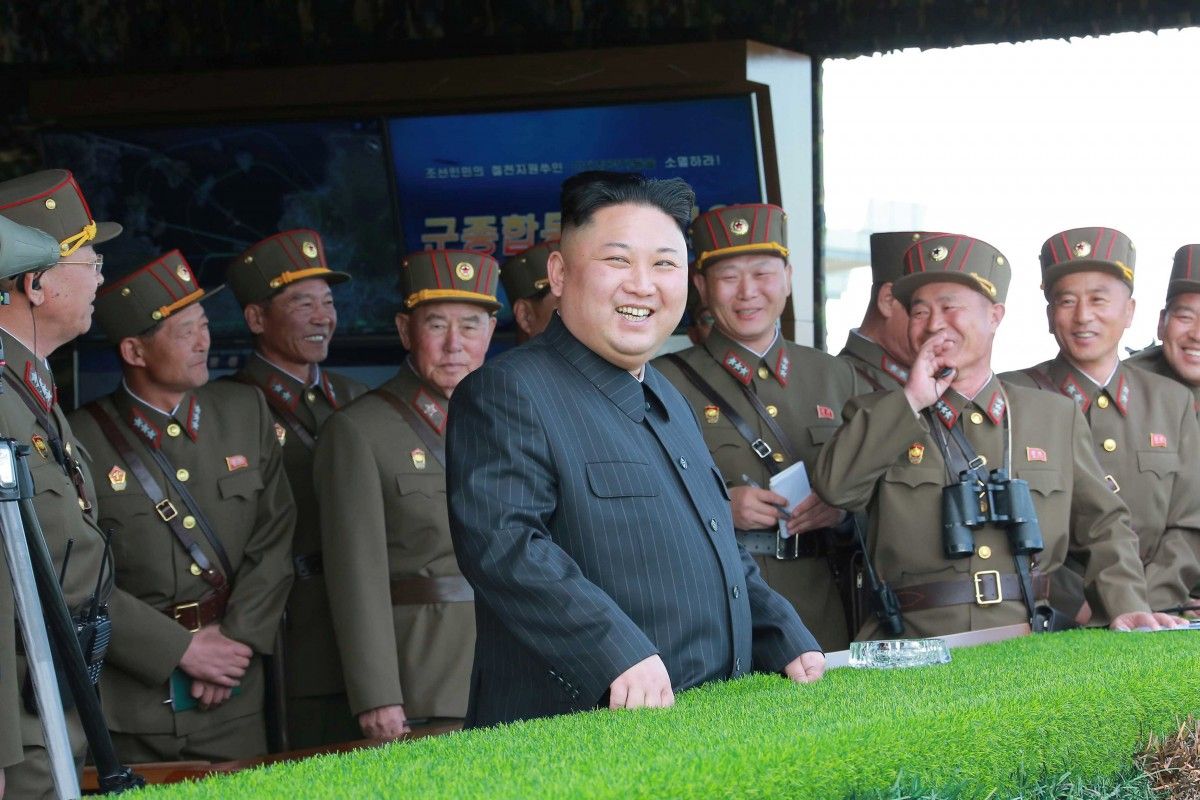 The country's military also starkly dismissed Trump's warning, issued the day before, that he will unleash "fire and fury" on North Korea if it continues to threaten the U.S. as a "load of nonsense," according to reports, The Hill wrote.

"The U.S. President at [golf] links again let out a load of nonsense about 'fire and fury,' failing to grasp the ongoing grave situation," a commander of the North Korean army said, as reported by CNN. "It seems that he has not yet understood the statement. Sound dialogue is not possible with such a guy bereft of reason and only absolute force can work with him."

Tensions between the two countries reached a new high on Tuesday after it was reported that North Korea had developed a miniaturized nuclear warhead capable of being attached to a missile.

Trump responded furiously to that development, telling reporters at his Bedminster, N.J., golf club that if Pyongyang's threats against the U.S. continued, North Korea would "be met with fire and fury like the world has never seen."

Read alsoN. Korea making missile-ready nuclear weapons – mediaThe president's inflammatory rhetoric quickly prompted a response from North Korea's military, which said that it was considering a preemptive strike on Guam, a U.S. territory in the Pacific that hosts about 6,000 American troops in addition to thousands of civilians.

The administration acknowledged Wednesday that Trump's specific comments were not planned in advance, though it denied being caught off guard.

In a statement, Defense Secretary James Mattis indicated the Democratic People's Republic of Korea (DPRK) could face a military response for its actions, not its threats.

Read alsoU.S. Defense Secretary Mattis: War with North Korea would be "catastrophic" – CBS News“The DPRK must choose to stop isolating itself and stand down its pursuit of nuclear weapons,” Mattis said. “The DPRK should cease any consideration of actions that would lead to the end of its regime and the destruction of its people.”

If you see a spelling error on our site, select it and press Ctrl+Enter
Tags:USATrumpNorthKoreaGUAMDPRKtensionwarning