Kenyan police have killed at least 11 people in a crackdown on protests as anger at the re-election of President Uhuru Kenyatta erupted in the western city of Kisumu and slums surrounding the capital, officials and witnesses said on Saturday, Reuters reported. 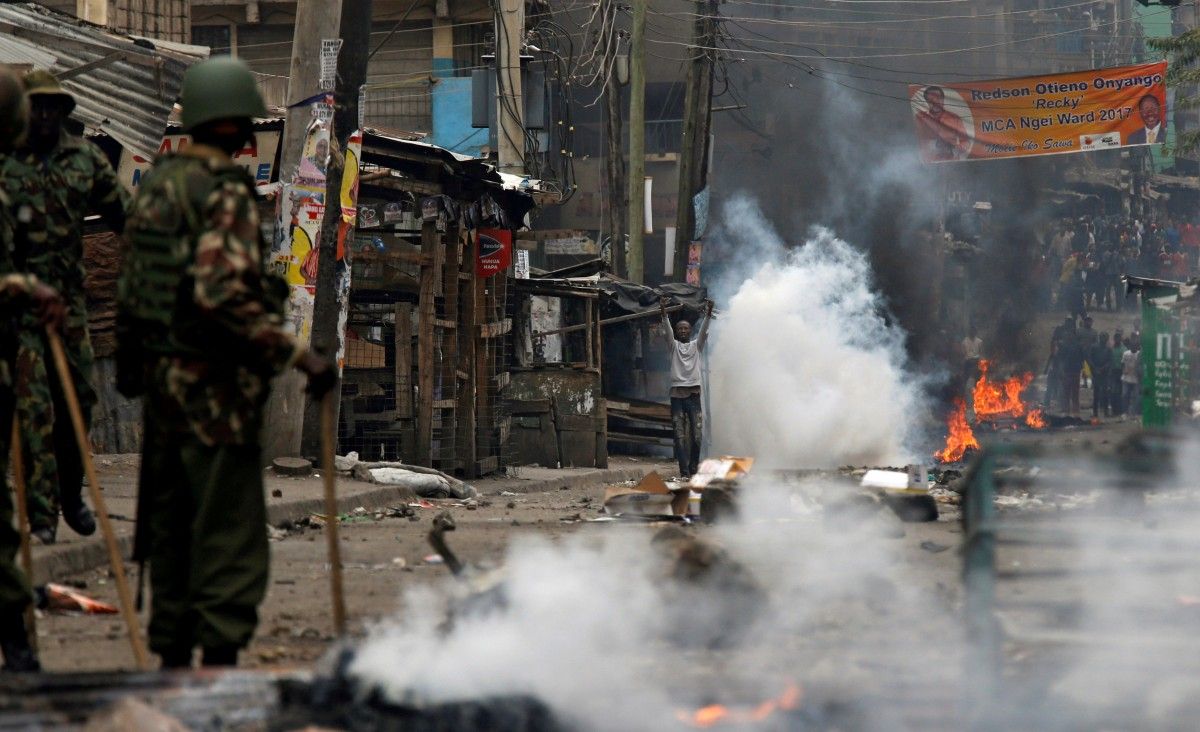 However, the NASA opposition coalition, led by four-time presidential hopeful Raila Odinga, put the death toll at more than 100, including 10 children, but did not provide evidence. Odinga has rejected the poll and its result as "massive" fraud, Reuters wrote.

The eruption of violence has revived memories of a decade ago, when Odinga, now 72, lost an election in controversial circumstances that sparked a wave of political and ethnic unrest in which 1,200 people were killed and 600,000 displaced.

Kofi Annan, the former U.N. head who mediated during that crisis, on Saturday issued a statement warning Kenya's leaders to "be careful with their rhetoric and actions in this tense atmosphere."

Read alsoKenya shows interest in Ukrainian turbines and transformers – trade envoyReuters was able to confirm 11 deaths, including one girl, in the space of 24 hours. The Kenya National Commission on Human Rights said 24 people had been shot dead by police since Tuesday, election day.

Top Odinga lieutenant Johnson Muthama said police had been packing corpses into body bags and dumping them, remarks likely to exacerbate the tensions that followed Friday night's official announcement that Kenyatta had won, with 54.3 percent of votes.

Mwenda Njeka, a spokesman for the Interior Ministry, said the opposition claims were "hogwash."

Acting Interior Minister Fred Matiang'i had earlier said trouble was localized and blamed it on "criminal elements" rather than legitimate political protest. He also denied accusations of police brutality.

"Let us be honest – there are no demonstrations happening," he told reporters.

"Individuals or gangs that are looting shops, that want to endanger lives, that are breaking into people's businesses – those are not demonstrators. They are criminals and we expect police to deal with criminals how criminals should be dealt with."

If you see a spelling error on our site, select it and press Ctrl+Enter
Tags: #protests#election#crackdown
Latest news