North Korea's leader has delayed a decision on firing missiles towards Guam while he watches U.S. actions a little longer, the North's state media said on Tuesday, as South Korea's president said Seoul would seek to prevent war by all means, according to Reuters. 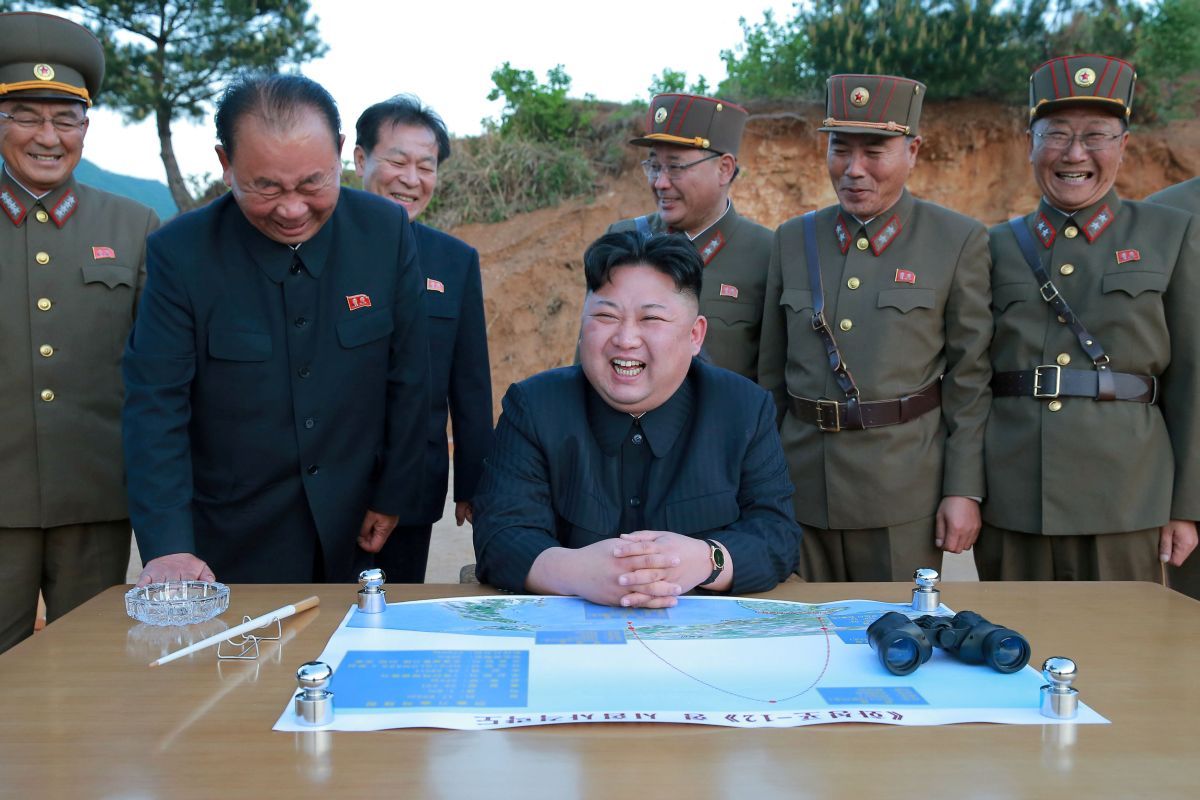 Signs of easing in tension on the Korean peninsula helped stock markets rally for a second day running even as the United States and South Korea prepared for more joint military drills and experts warned North Korea could still proceed with its provocative plan, as reported by Reuters.

In his first public appearance in about two weeks, North Korean leader Kim Jong Un inspected the command of the North's army on Monday, examining a plan to fire four missiles to land near the U.S. Pacific territory of Guam, the official KCNA said in a report.

"He said that if the Yankees persist in their extremely dangerous reckless actions on the Korean peninsula and in its vicinity, testing the self-restraint of the DPRK, the latter will make an important decision as it already declared," the report said.

Read alsoN. Korean ambassadors recalled to Pyongyang for meeting – mediaIn photos released with the KCNA report, Kim was seen holding a baton and pointing at a map showing a flight path for the missiles appearing to start from North Korea's east coast, flying over Japan towards Guam. North Korea has often threatened to attack the United States and its bases and released similar photos in the past but never followed through.

Pyongyang's plans to fire missiles near Guam prompted a surge in tensions in the region last week, with U.S. President Donald Trump saying the U.S. military was "locked and loaded" if North Korea acted unwisely.

South Korean President Moon Jae-in said on Tuesday there would be no military action without Seoul's consent and his government would prevent war by all means.

"Military action on the Korean peninsula can only be decided by South Korea and no one else can decide to take military action without the consent of South Korea," Moon said in a speech to commemorate the anniversary of the nation's liberation from Japanese military rule in 1945.

"The government, putting everything on the line, will block war by all means," Moon said.

If you see a spelling error on our site, select it and press Ctrl+Enter
Tags: #USA#NorthKorea
Latest news