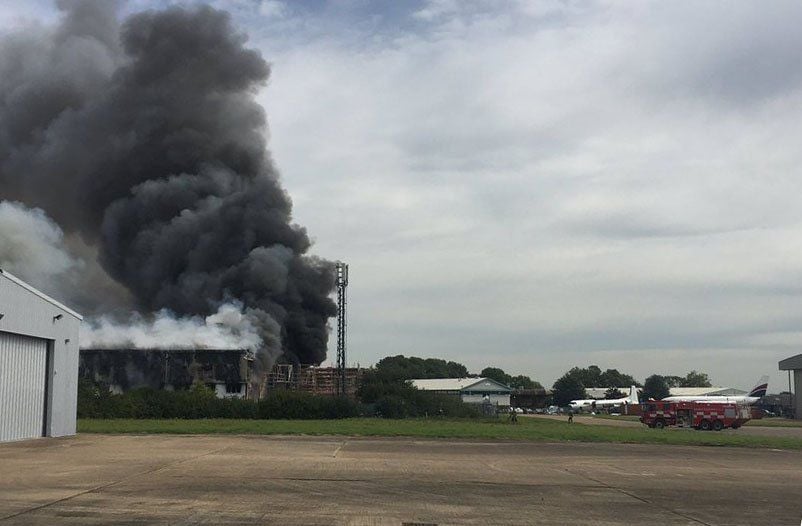 Eyewitnesses have reported seeing "thick black smoke" billowing from the hangar understood to be at the far end of the runway at Southend Airport, the BBC wrote.

Six fire crews are tackling the blaze after it was reported at about 10:40 BST.

It is understood aircraft have continued to land and take off despite the fire, though the airport itself is yet to comment.

Eyewitness Jade Hodges said: "The fire is still ongoing and there is still smoking coming from there."

She said contrary to some reports, she had not heard an explosion.

Read also'Traces of explosion' found on Smolensk plane – Radio PolandAn investigation into the cause is under way, though it is thought it was started accidentally, the fire service said.

No planes were inside the fire at the time, it added.

An Essex Fire Service spokesman said: "When firefighters arrived at the scene they reported the large hangar, which is used to livery aeroplanes, was on fire.

"Firefighters are using an aerial ladder platform to pour water on the large building from above.

"The officer in charge at the incident reports crews are making good progress."

If you see a spelling error on our site, select it and press Ctrl+Enter
Tags:Londonfire