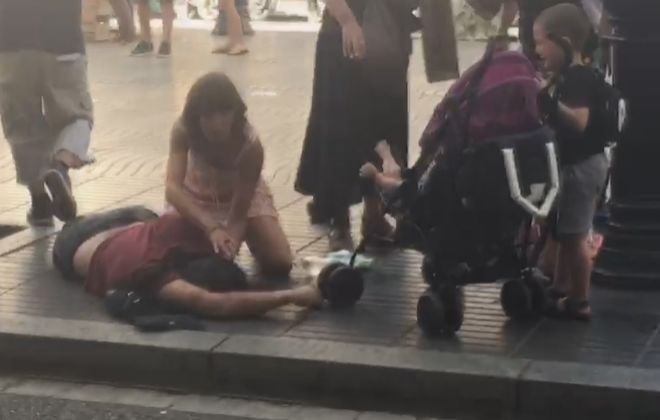 The scene of the incident has been sealed off, according to a Catalan police spokesman, CNN reports.

Read alsoCar rams into soldiers, injuring six, in Paris suburbThey were unable to give a motive for the incident.

Reuters reported that Catalan emergency services have requested the closure of metro and train stations in the vicinity of the incident. Police told people to avoid the area.

If you see a spelling error on our site, select it and press Ctrl+Enter
Tags:attackSpainvanBarcelona