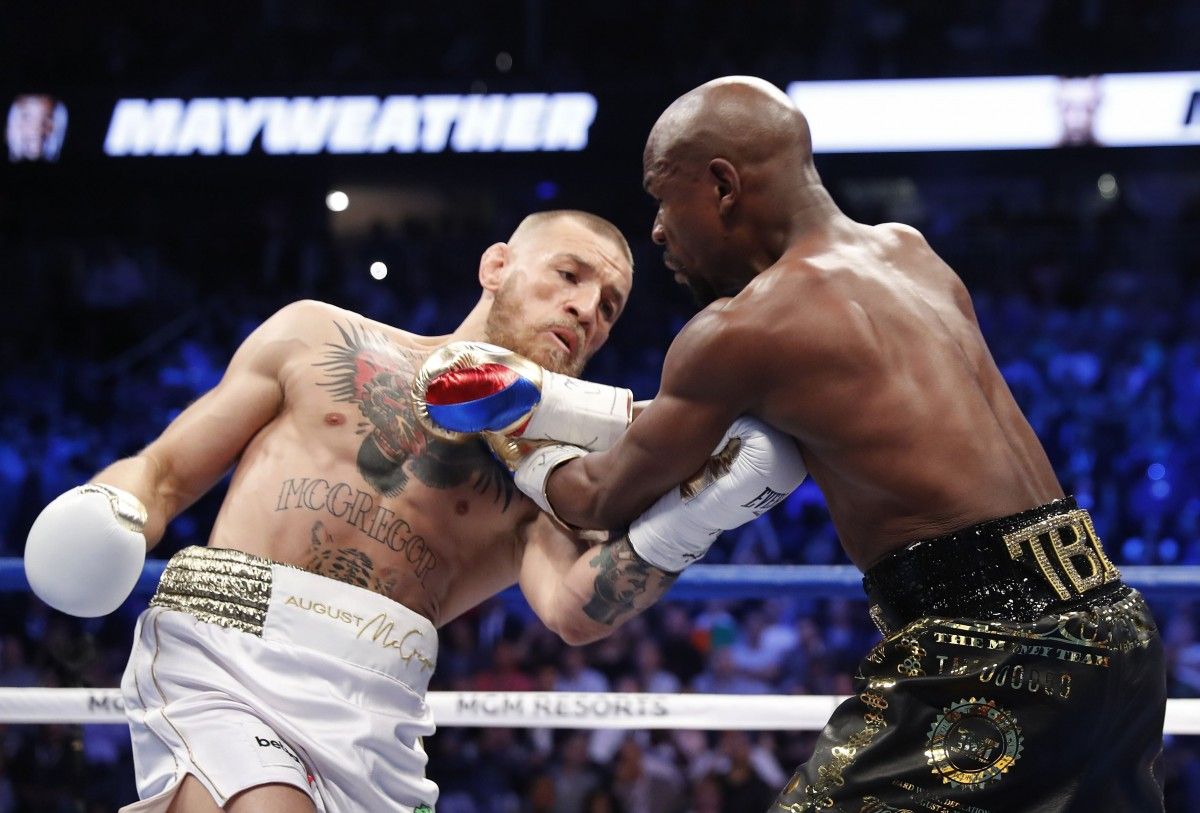 At Las Vegas' T-Mobile Arena, the former five-weight world champion faced flurries of early punches from UFC's most iconic figure, who was making his debut in professional boxing, the BBC reported.

McGregor delivered a crisp uppercut in round one and, though he edged close to breaking rules with several punches to the back of the head, he imposed himself admirably without ever looking as though he would knock out Mayweather.

The American, who came out of retirement for a potential $300 million (GBP 230 million) pay day, executed a gameplan which pounced on McGregor's lack of conditioning for the late rounds which prove so key on big fight nights.

As the Irishman tired, Mayweather upped his ferocity and by round nine the 40-year-old began to stalk his opponent, whose legs were weakening under more successful shots.

And in the 10th, with McGregor again near the ropes and offering little, the fight – which followed weeks of manic build-up, spiteful words and chaos – was over.

Read alsoUkrainian lightweight champ Lomachenko showcases dominant skill with TKO over MarriagaReferee Robert Byrd's stoppage may have arrived too early for some, as McGregor's early effort meant he was in the contest on the scorecards.

But the 29-year-old was wilting. His effort and display should be commended, but Mayweather's poise and invincibility remains constant into retirement.

Those who watched this bout can say they witnessed history, with Mayweather's victory taking him past the late Rocky Marciano's perfect 49-fight record.

And this may yet be the richest fight ever, surpassing the reported $620 million (GBP 480 million) earned by Mayweather's win over Manny Pacquiao in 2015.

The presence of A-list celebrities such as Bruce Willis and Jennifer Lopez underlined the high-rolling nature of a bout engulfed in chaos. 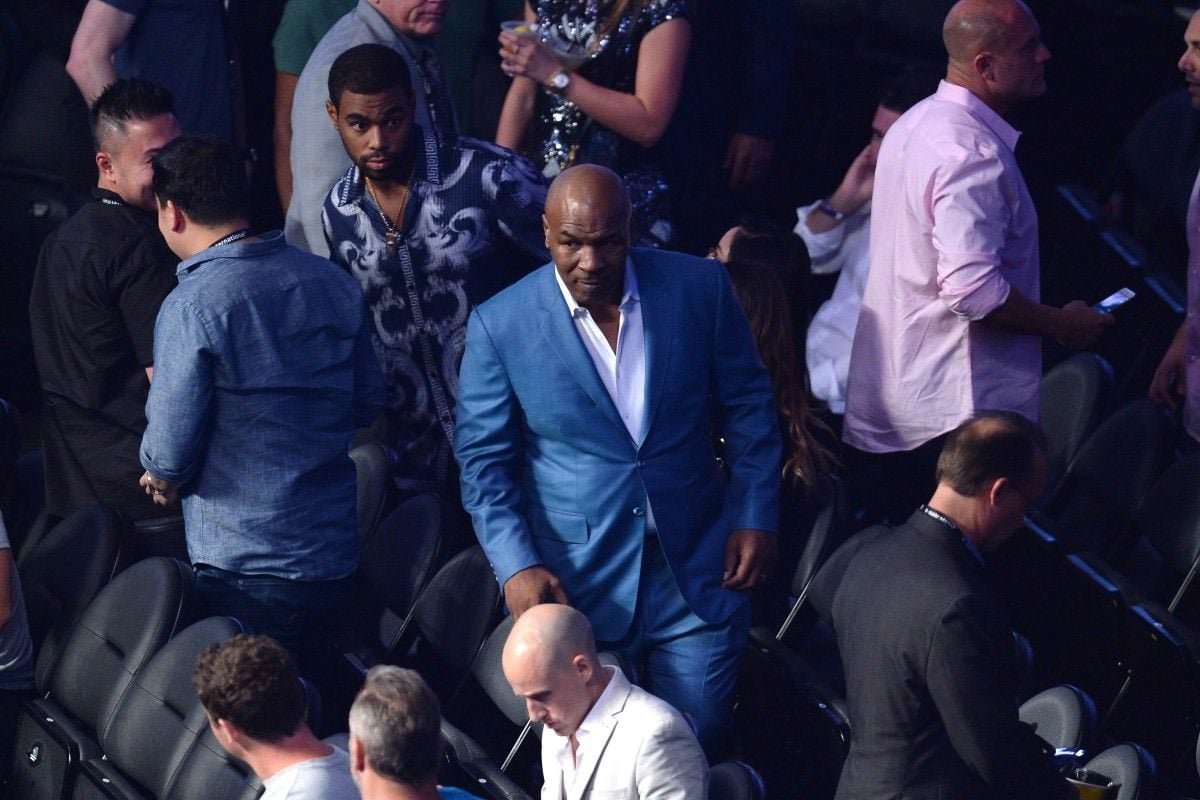 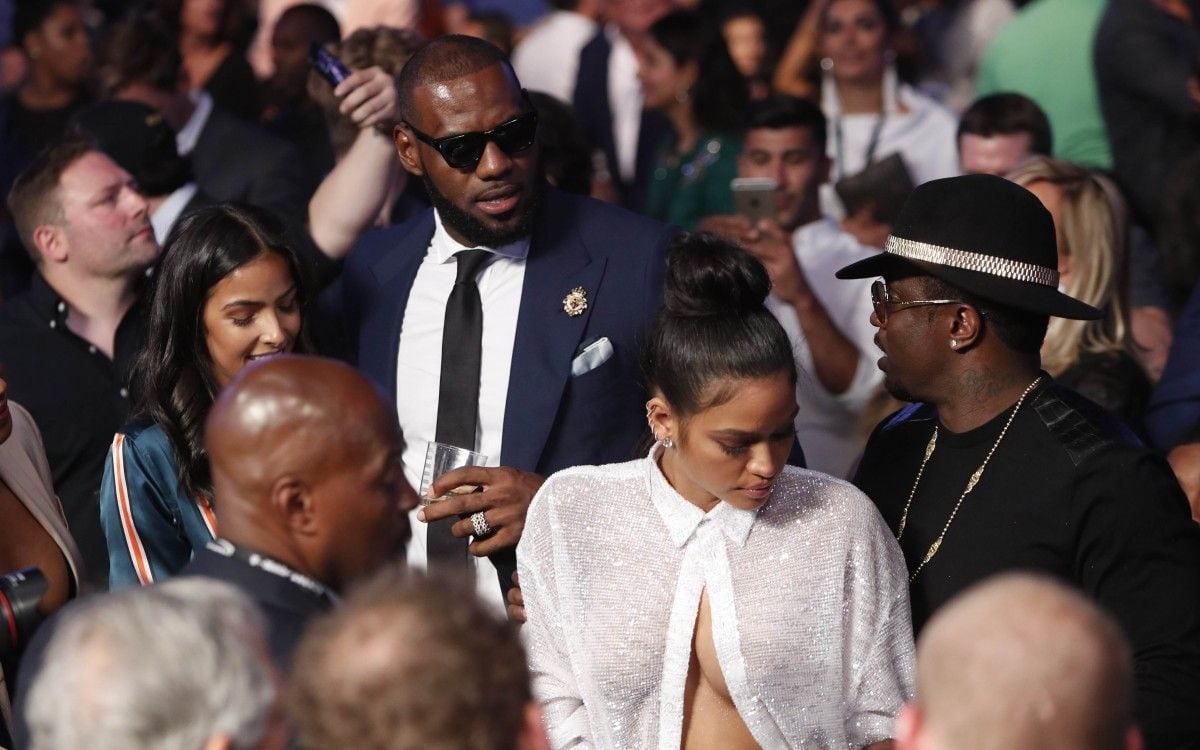 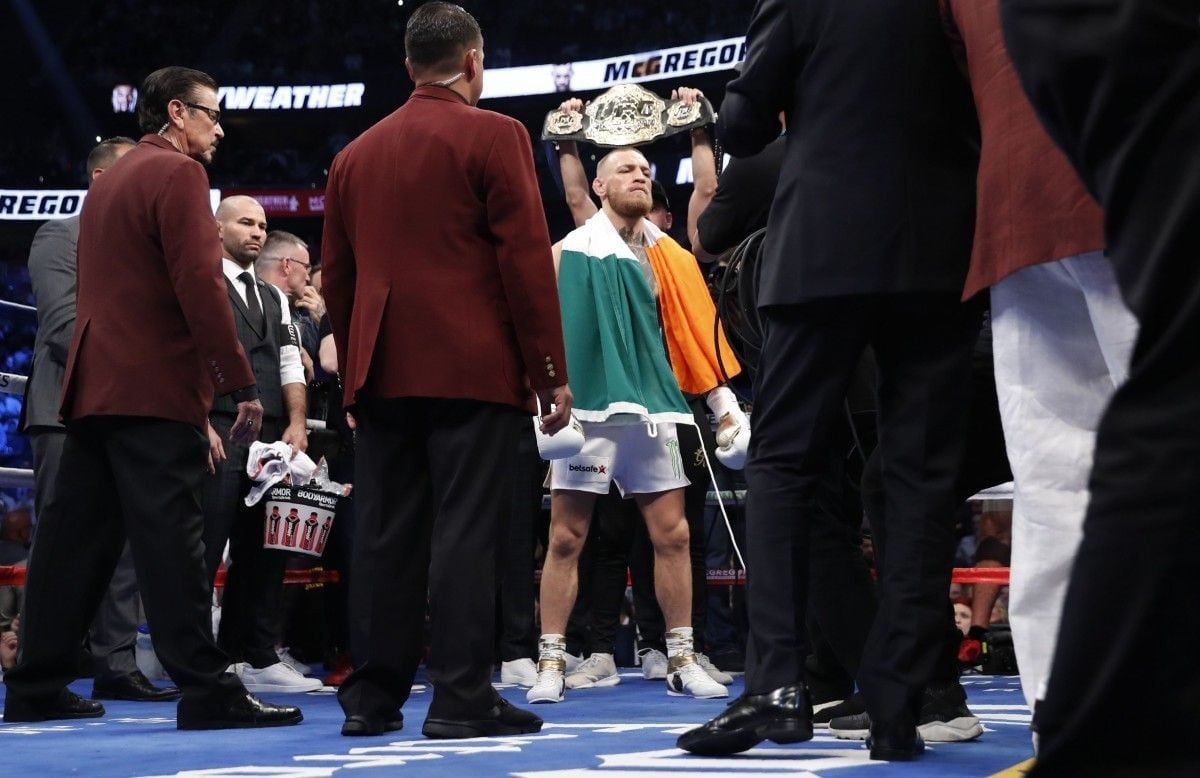 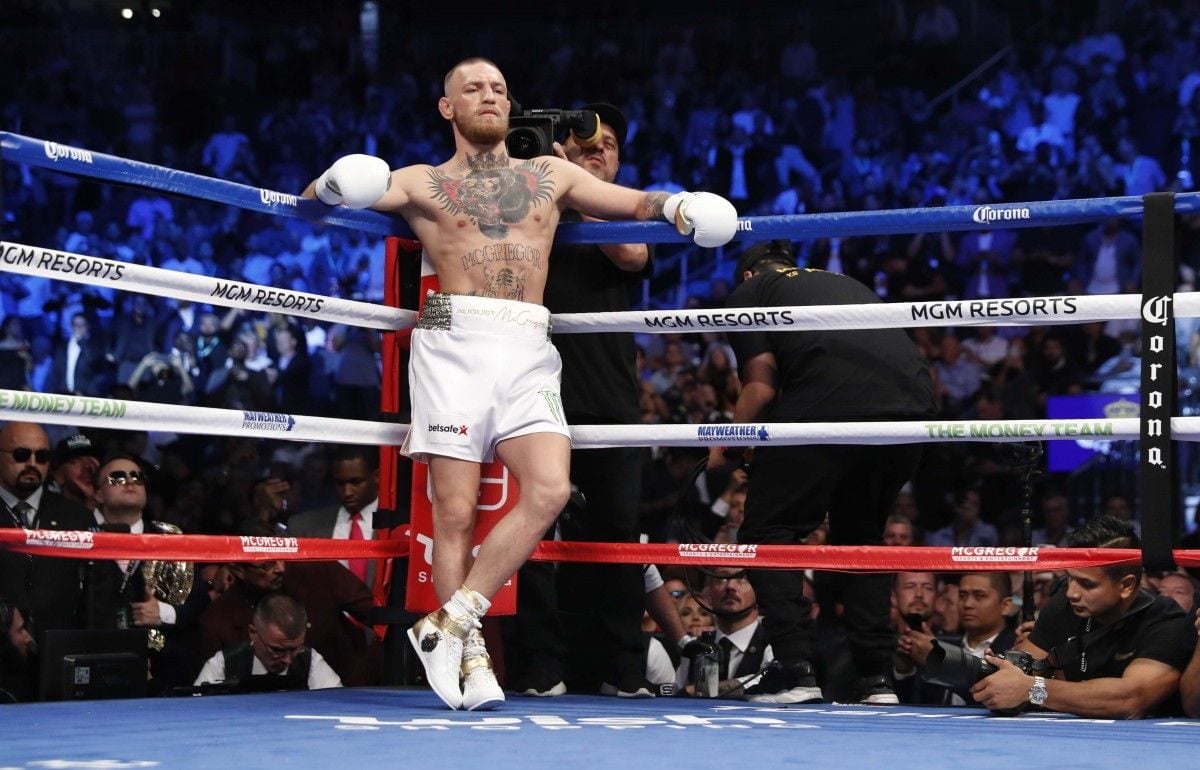 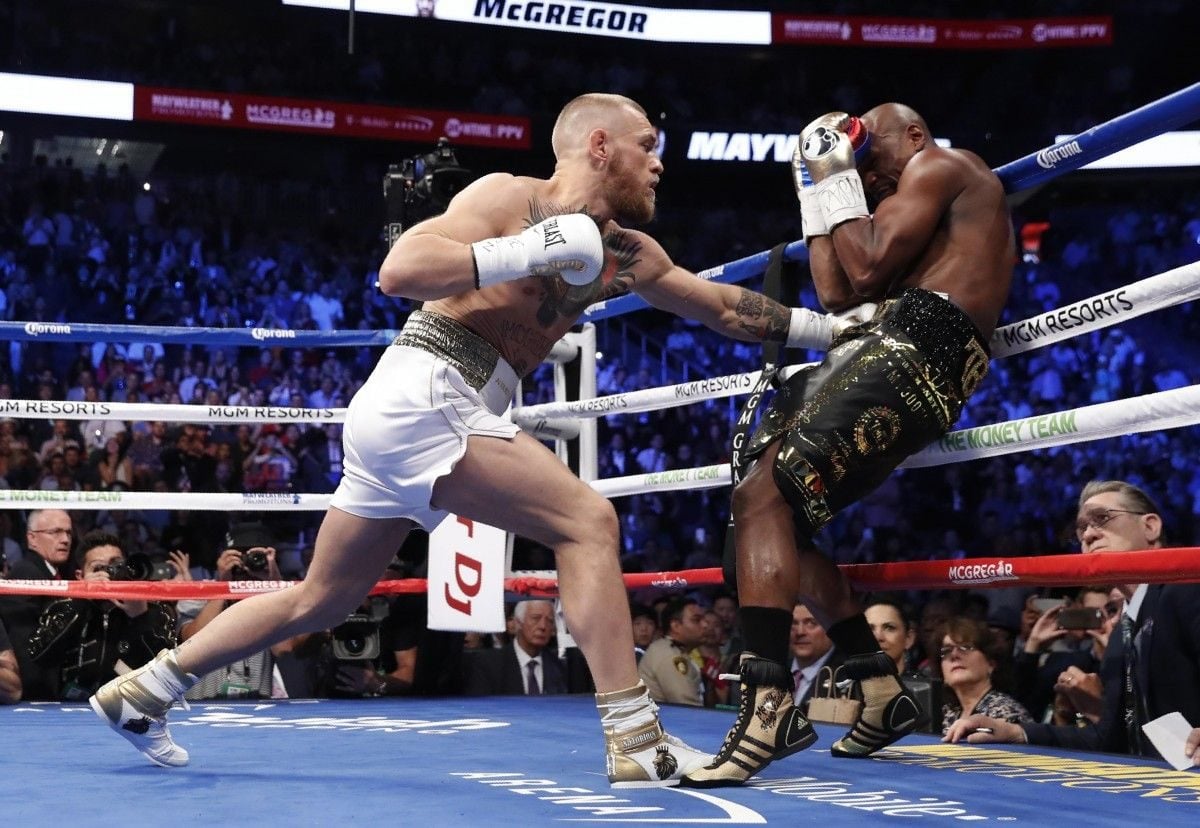 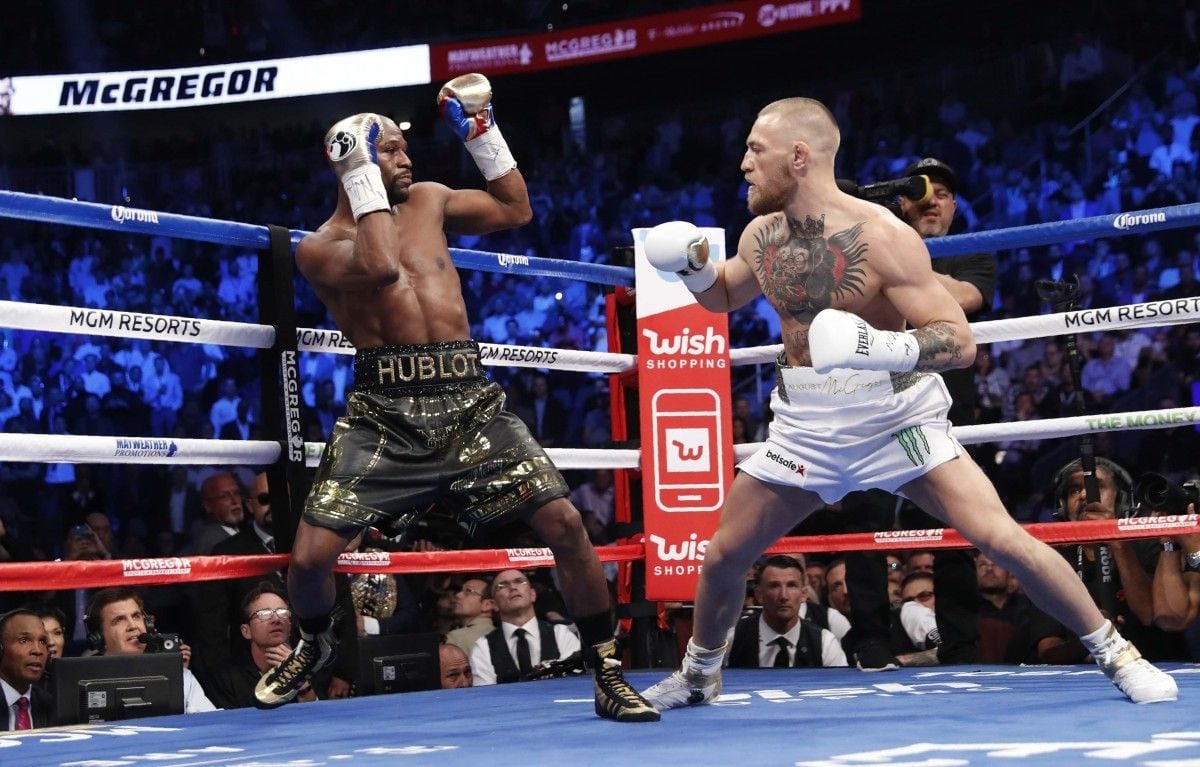 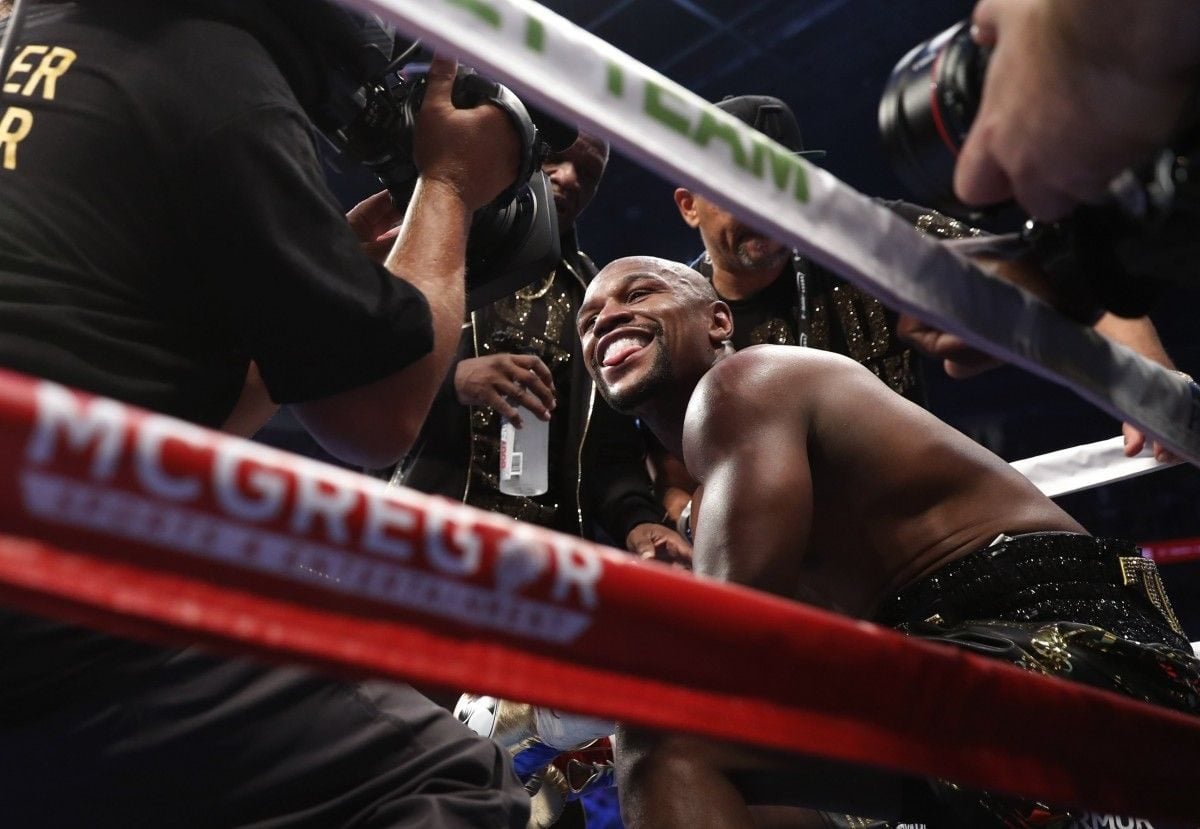 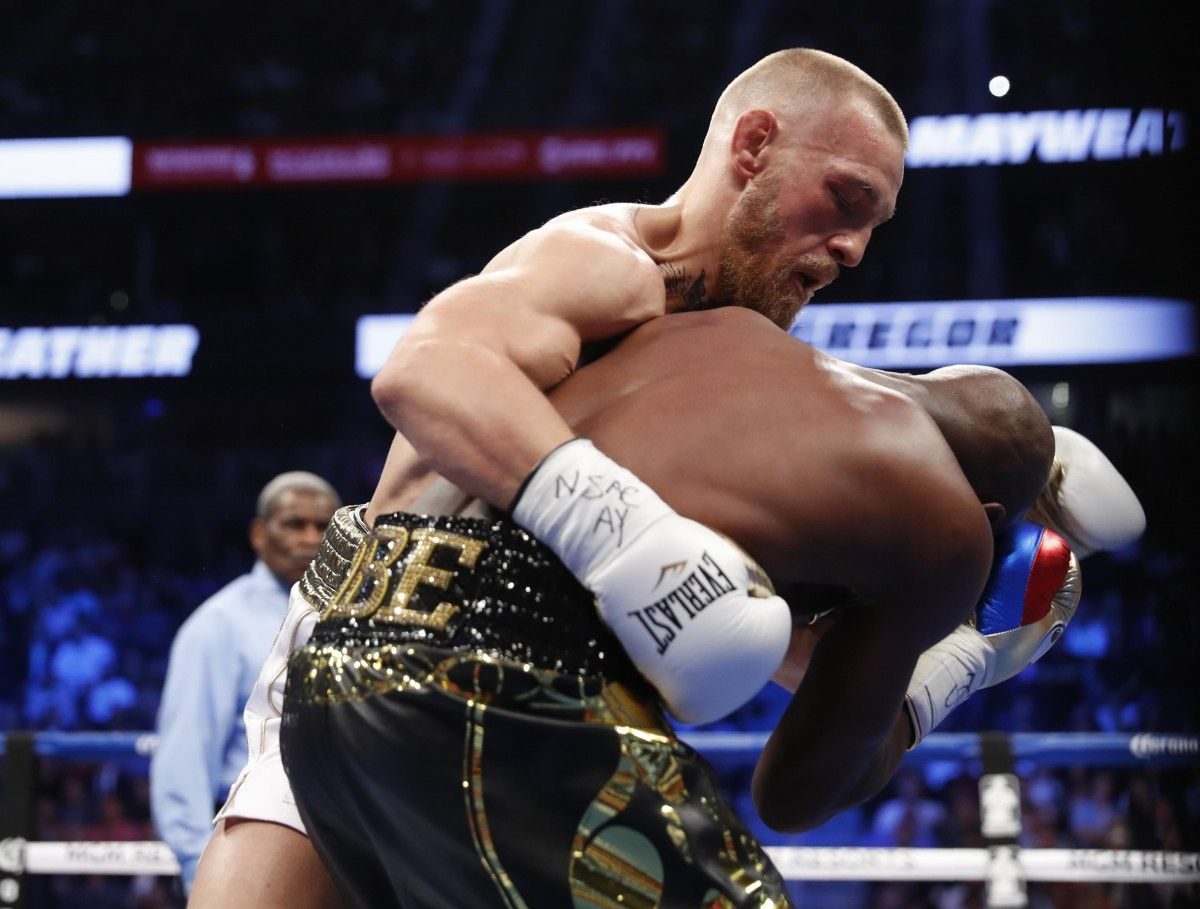 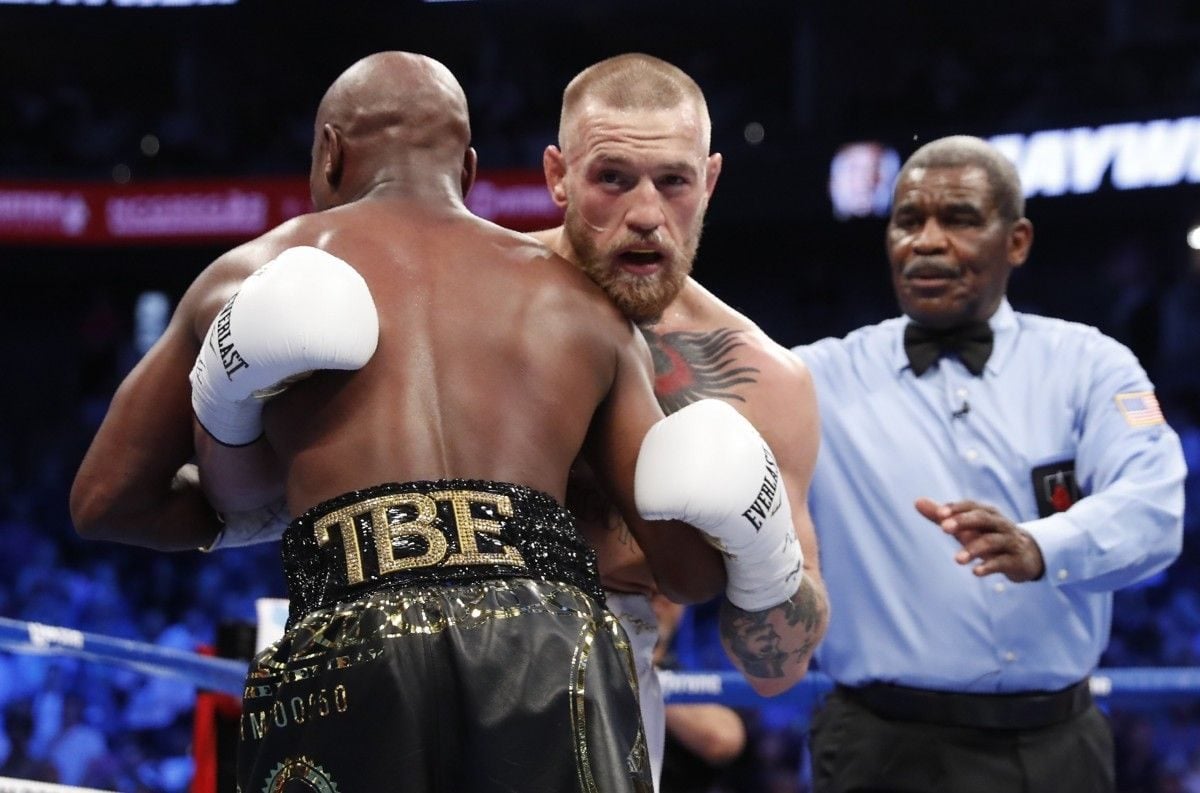 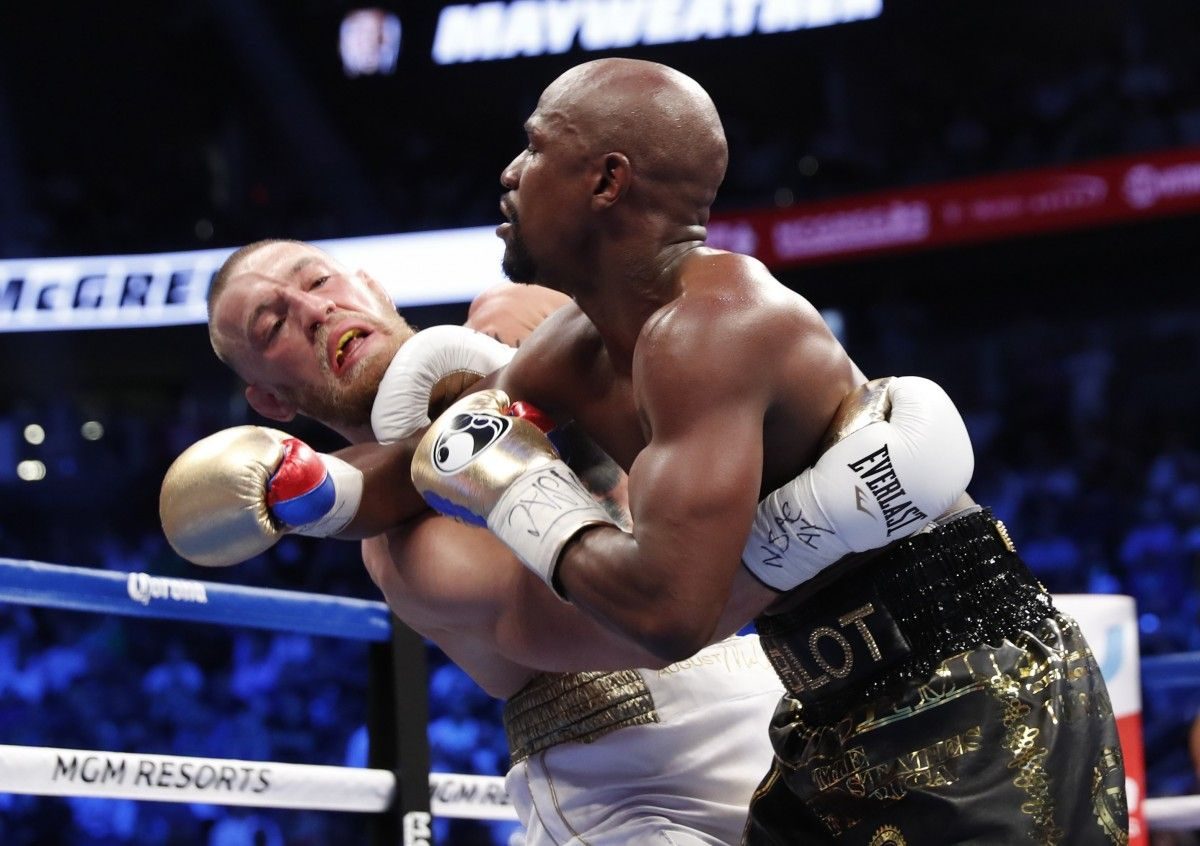 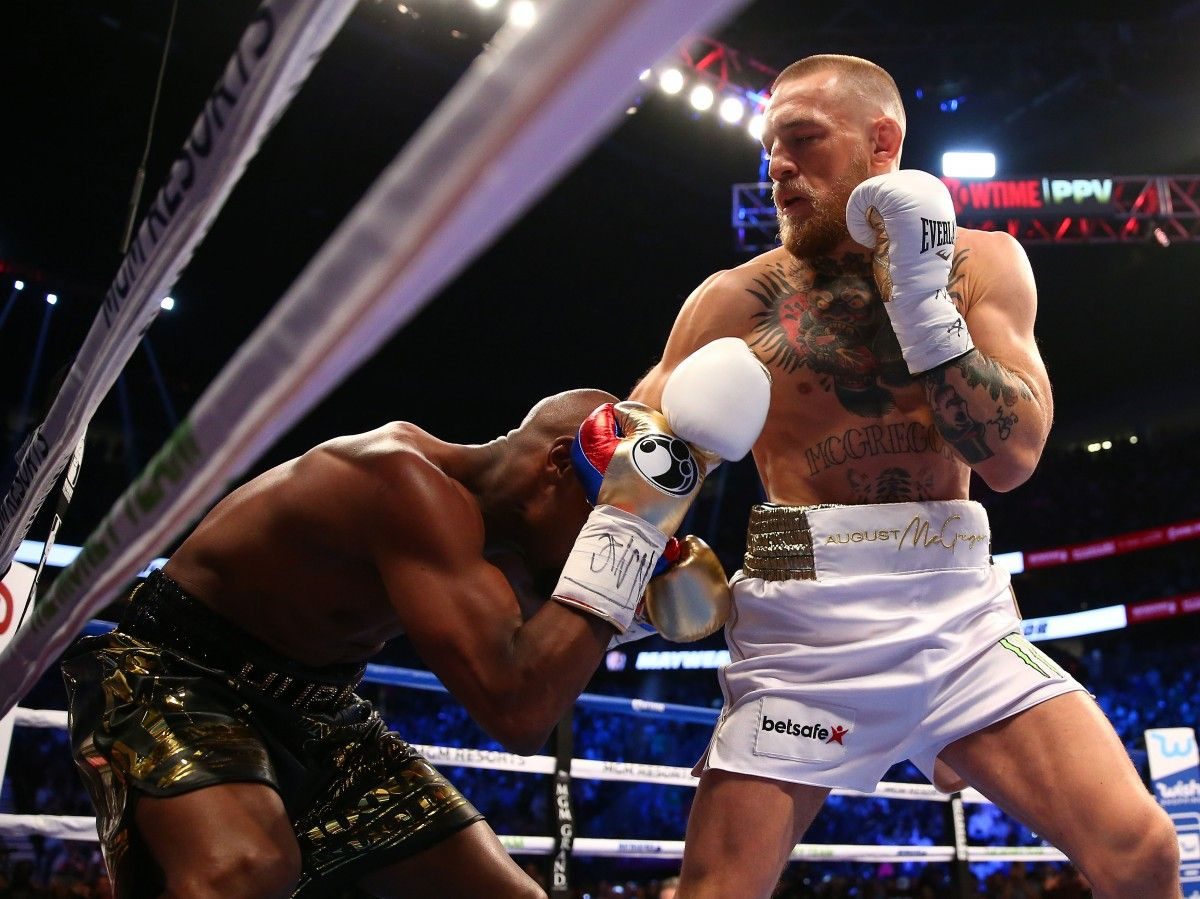 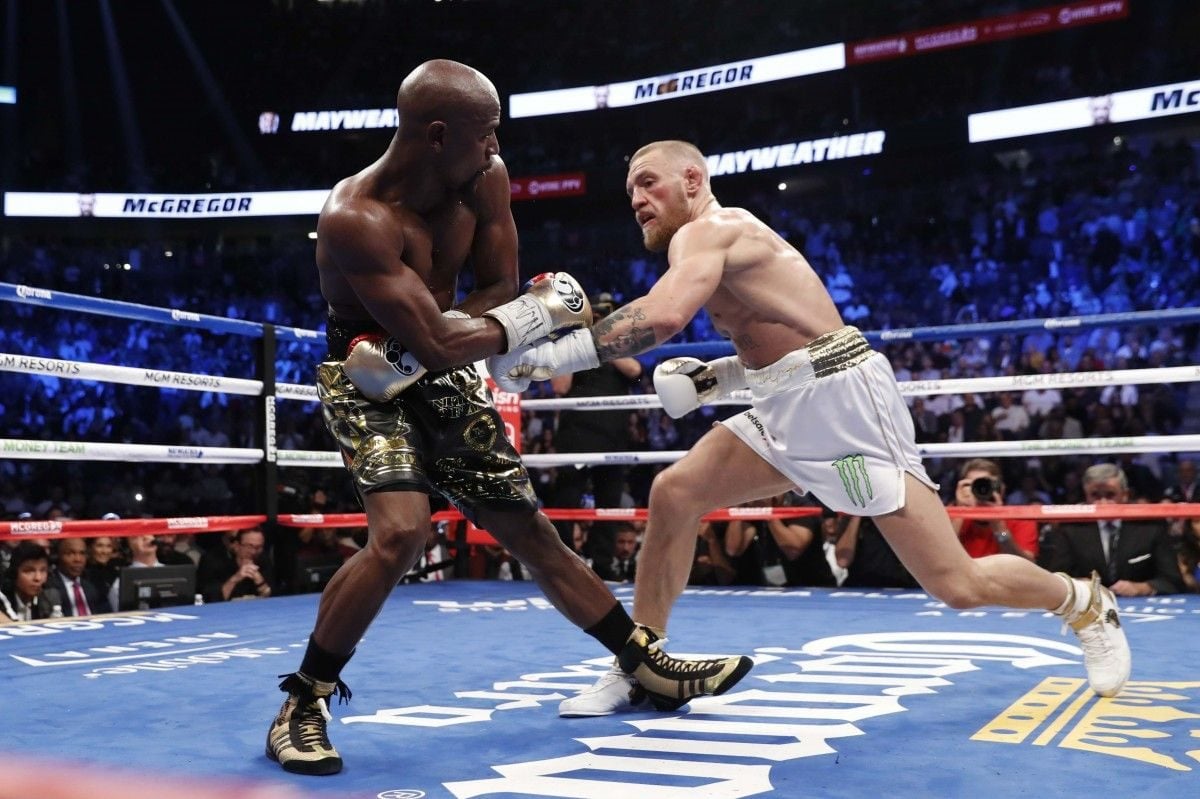 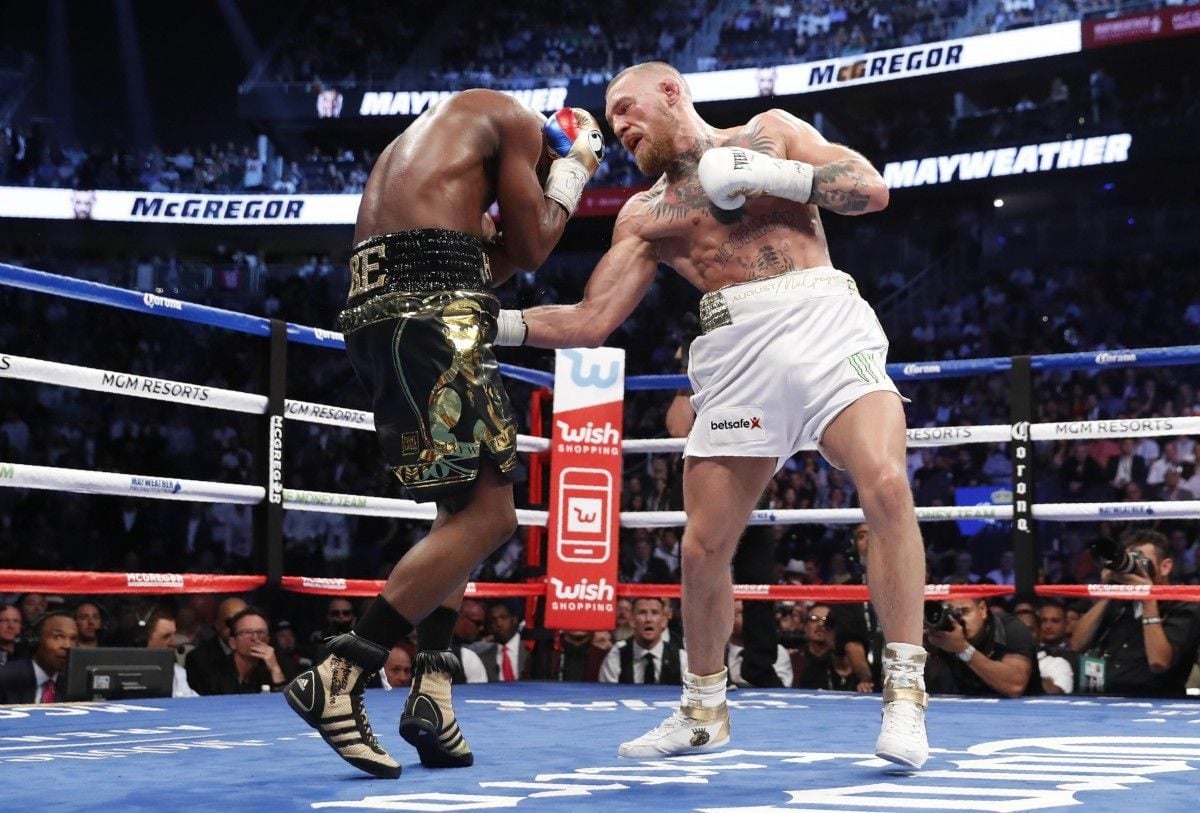 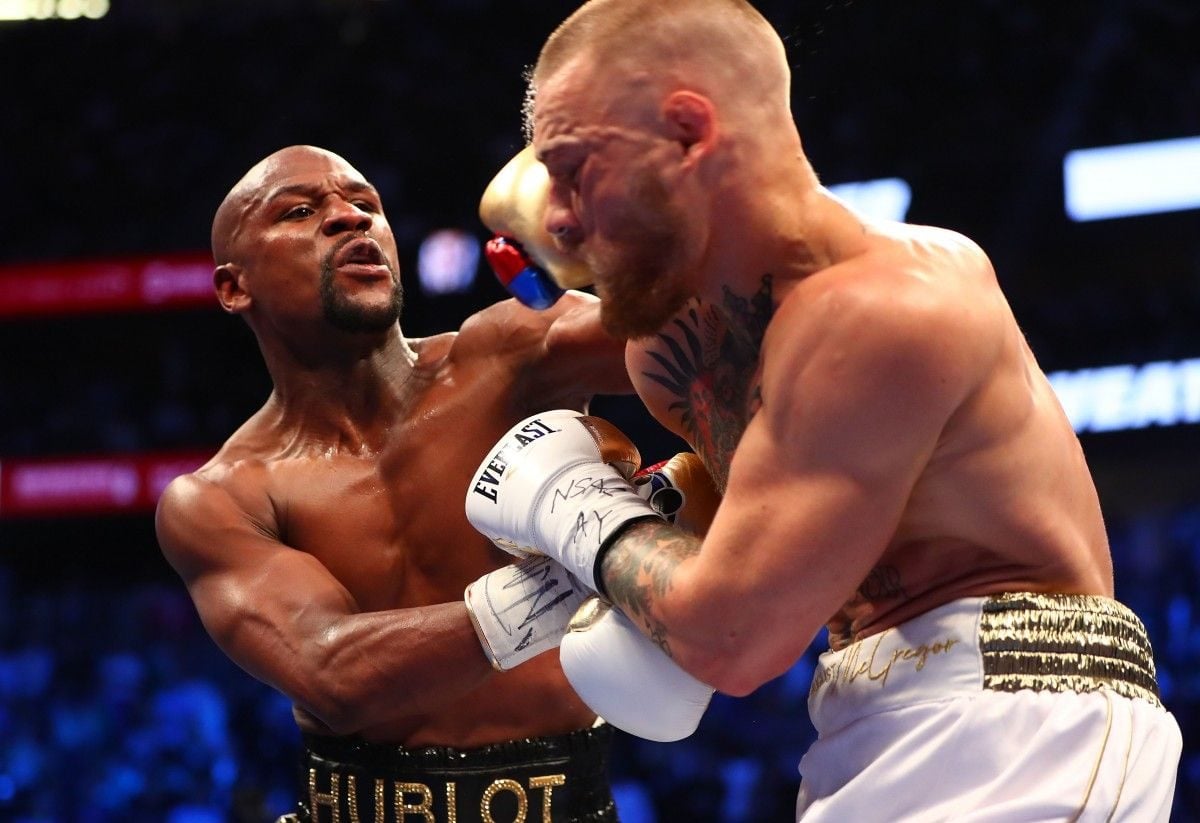 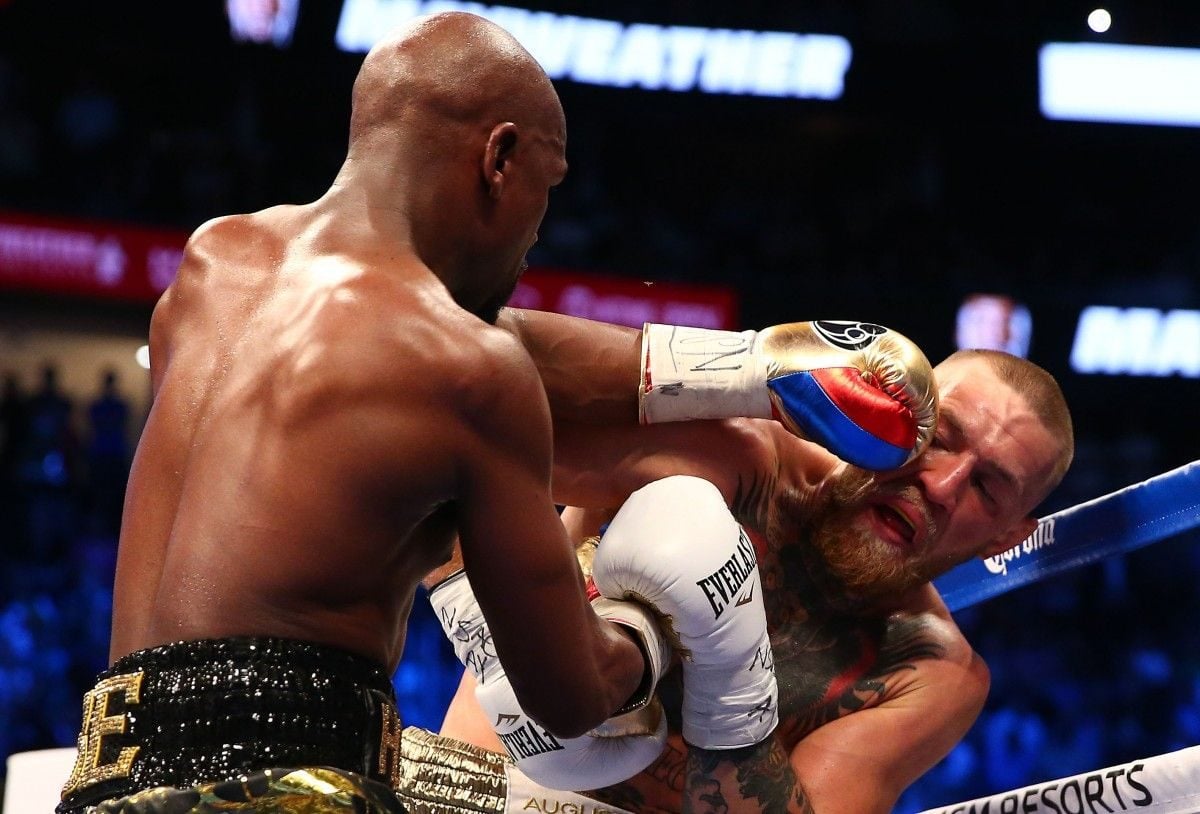 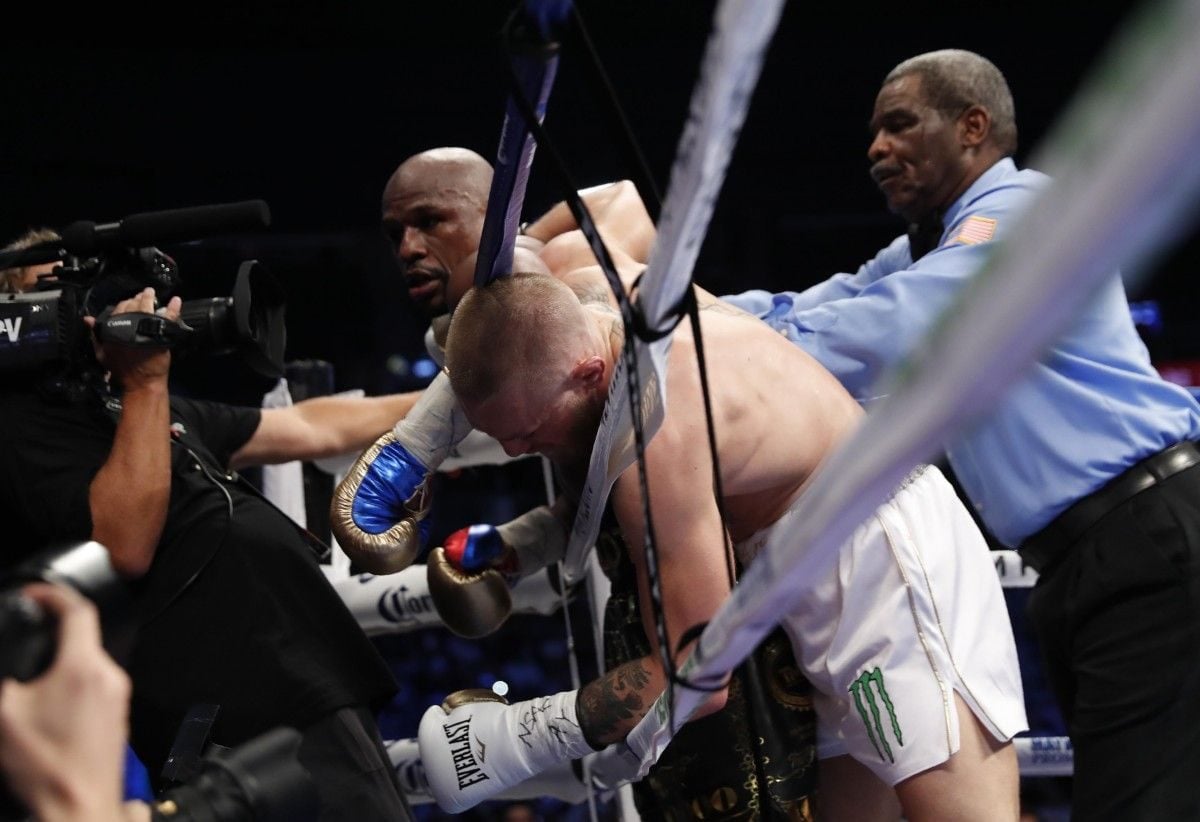 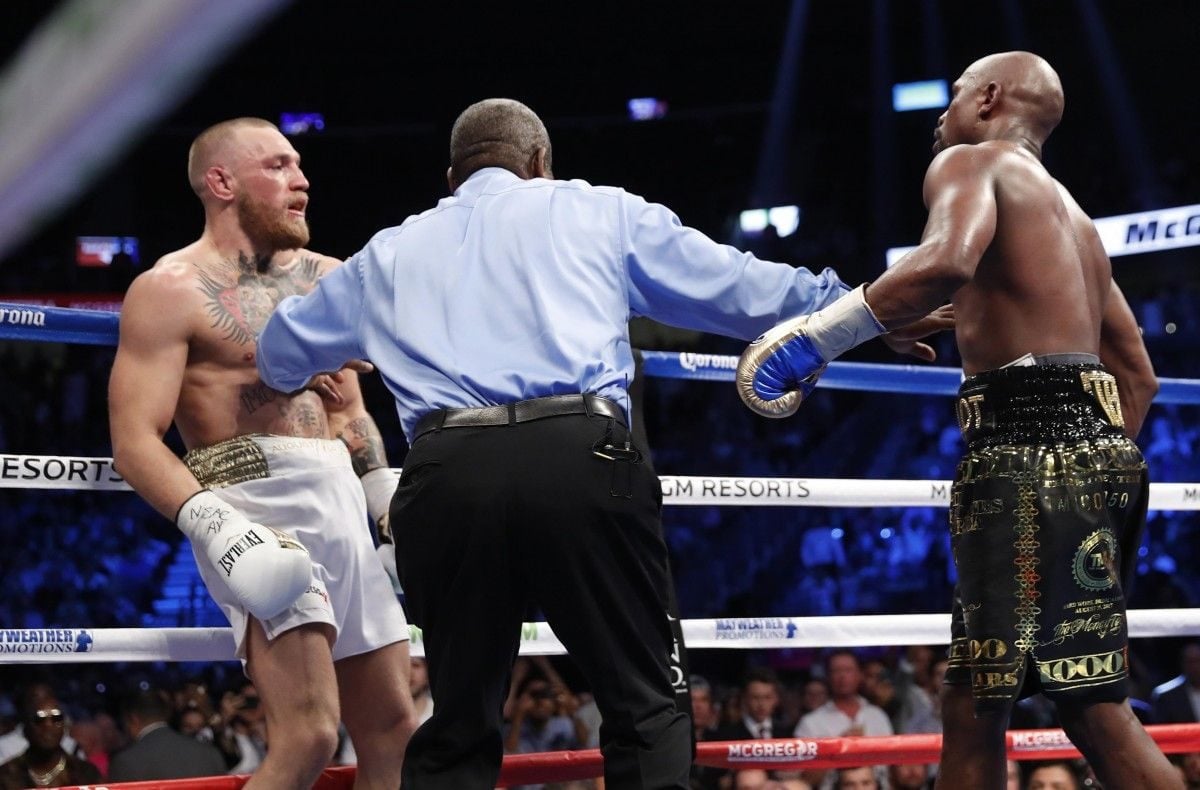 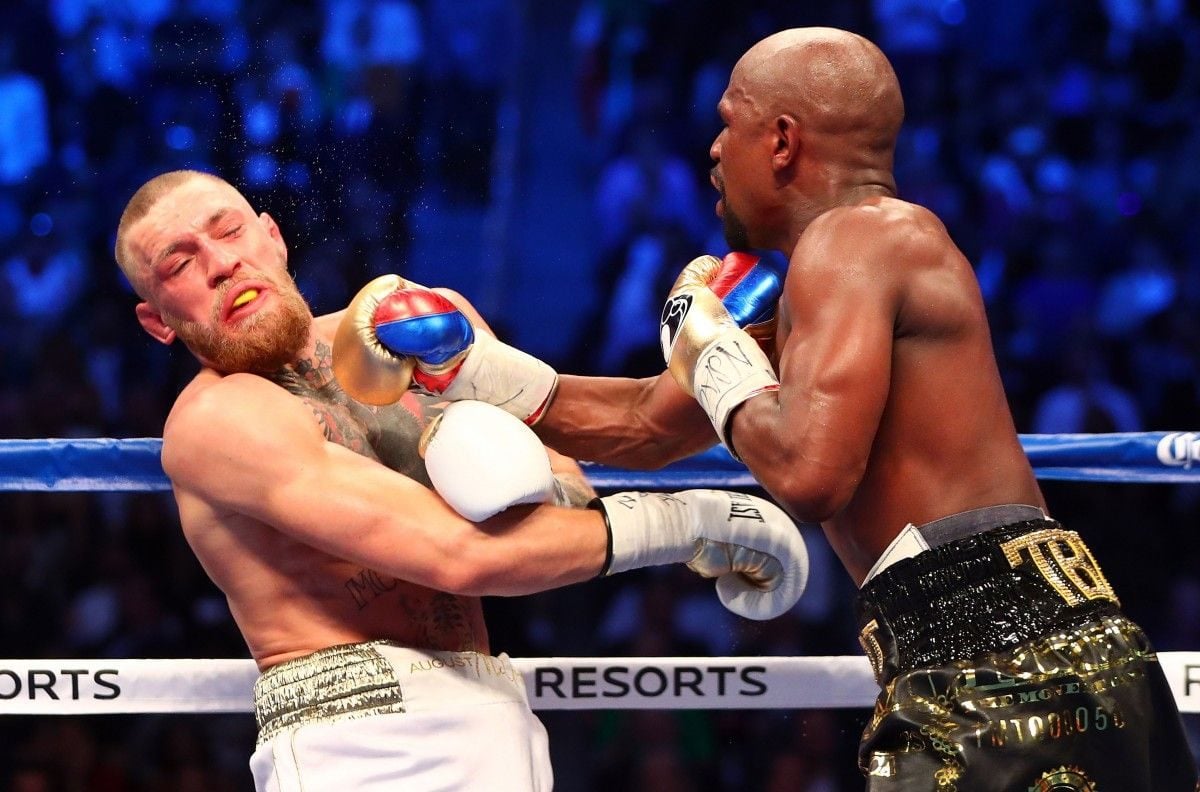 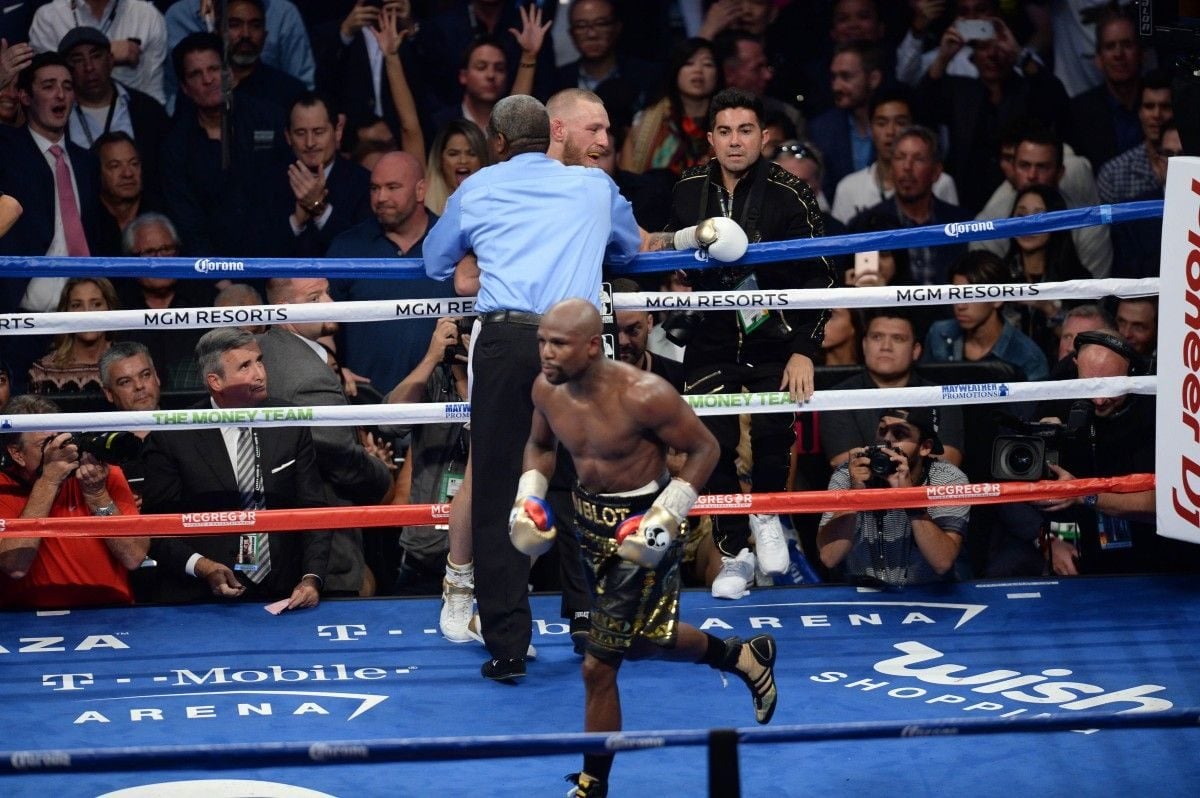 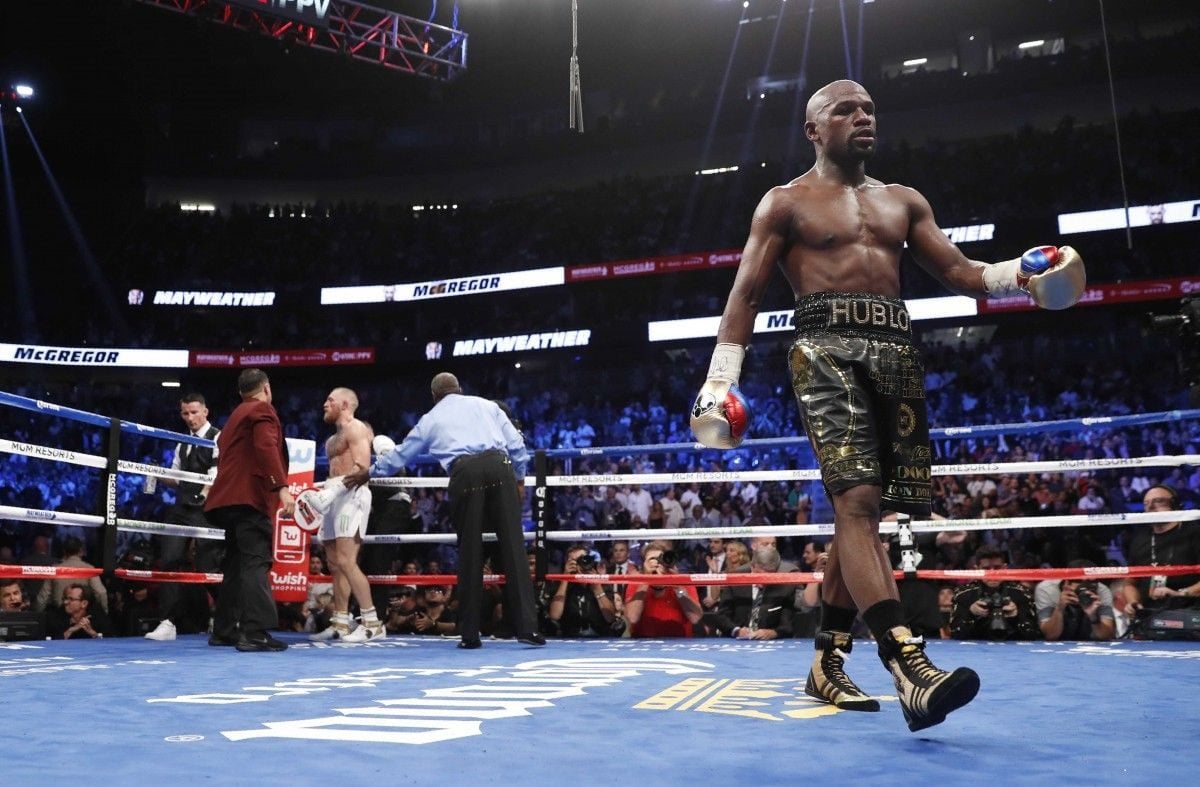 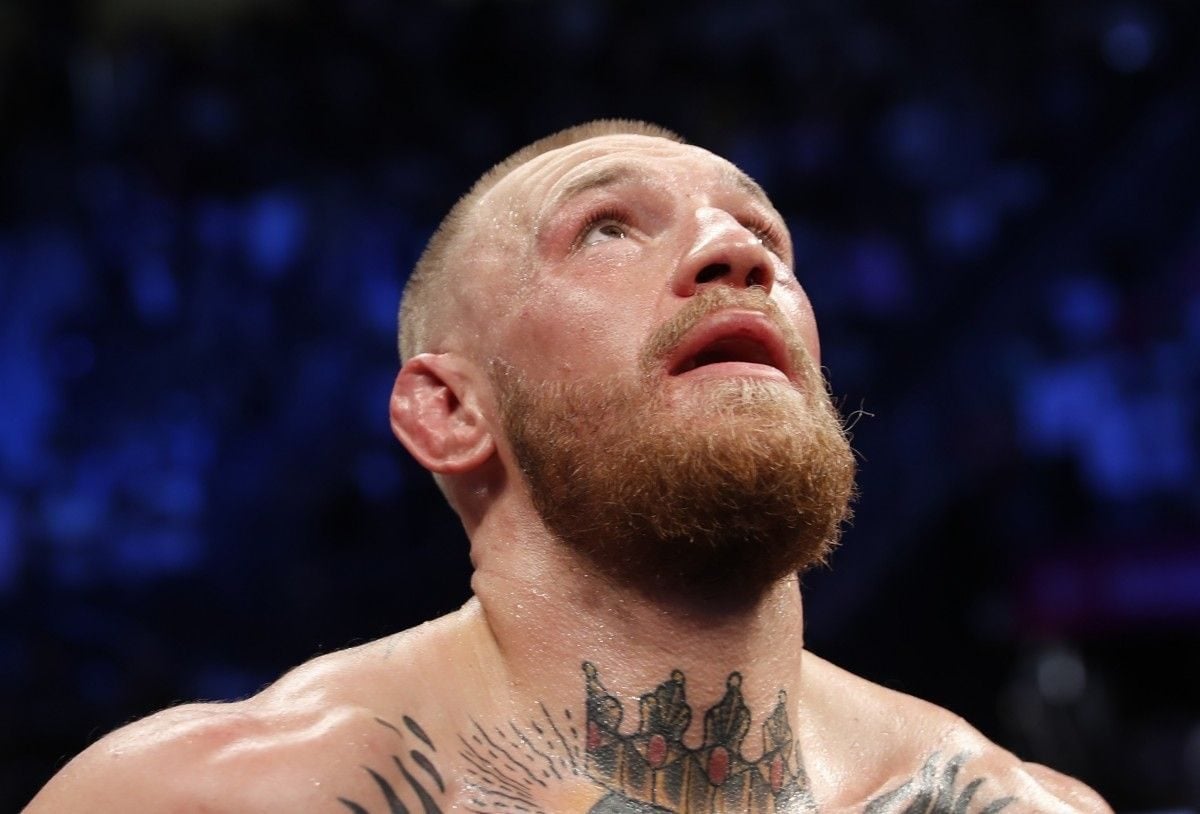 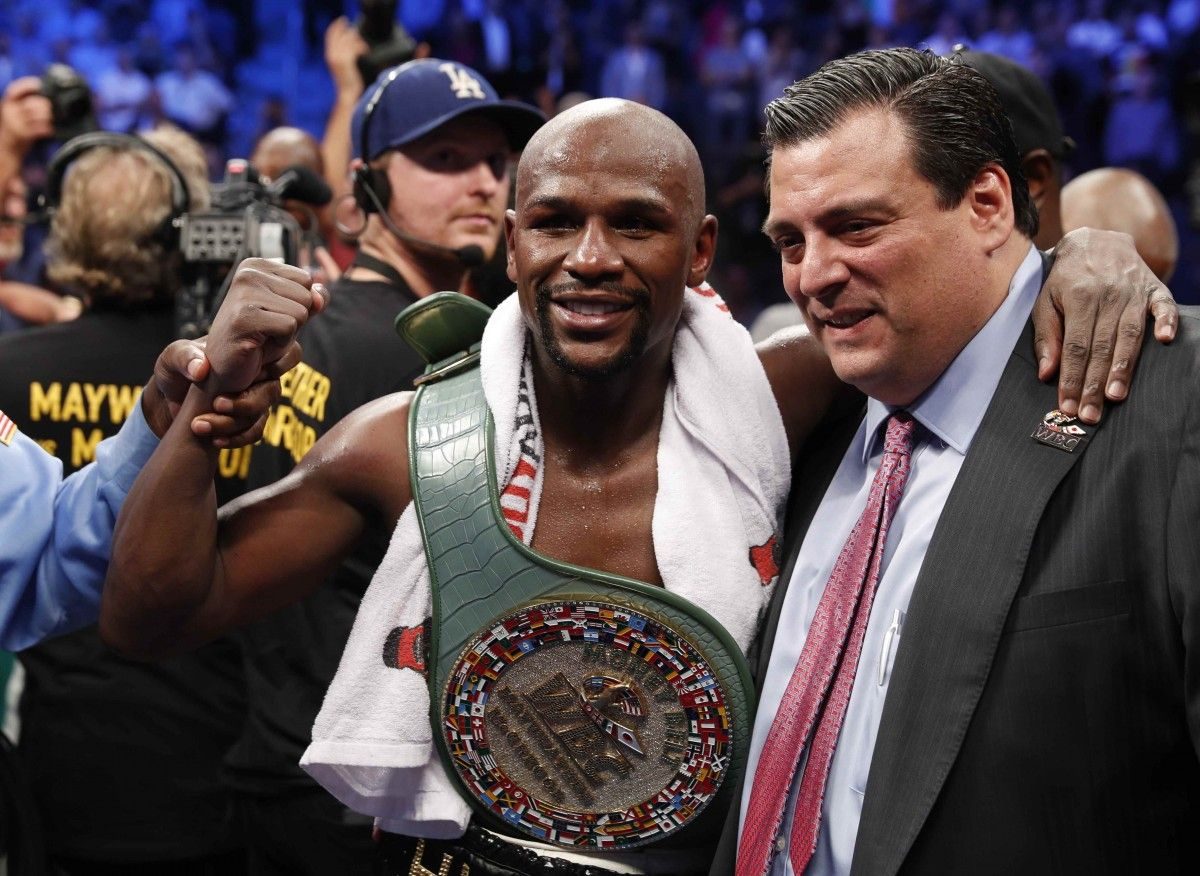 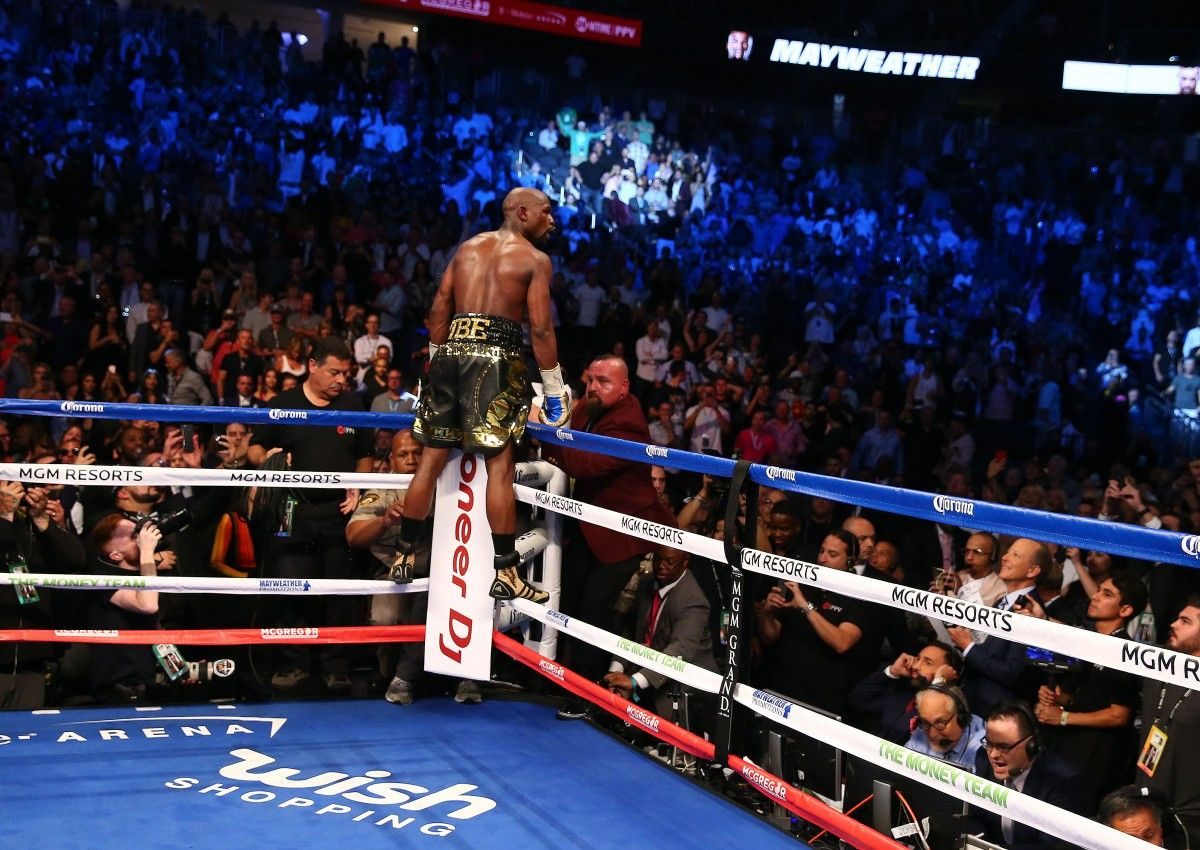 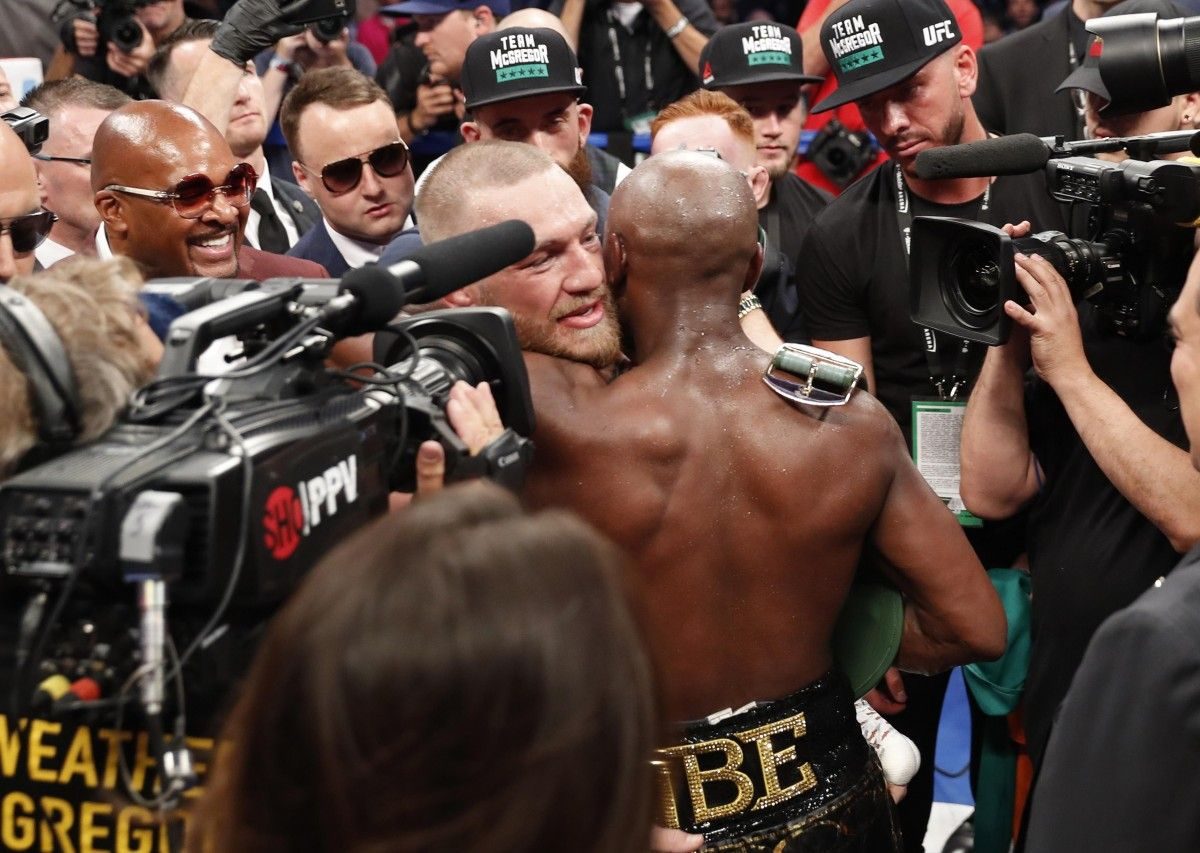 © Reuters
If you see a spelling error on our site, select it and press Ctrl+Enter
Tags:boxing