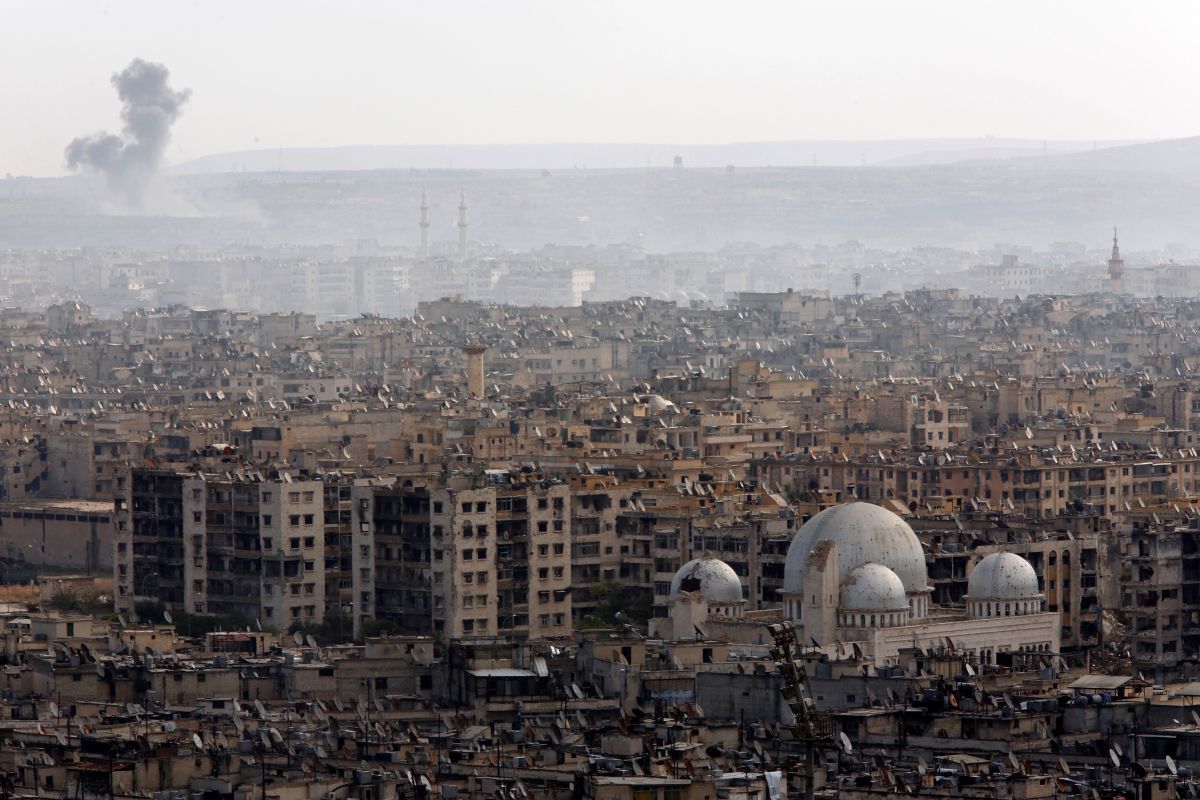 A line of ambulances and buses were shown on Syrian state television driving slowly through the arid countryside, the border's pale hills behind them, as they departed, Reuters said.

The transfer ends any insurgent presence on the border, an important goal for Lebanon and Hezbollah, and marks the first time Islamic State has publicly agreed to a forced evacuation from territory it held in Syria.

Read alsoCeasefire halts Syria-Lebanon border fight against Islamic State – ReutersIslamic State agreed a ceasefire deal that took effect on Sunday with the Lebanese army on one front and Hezbollah with the Syrian army on the other. The militants had lost much of their mountainous enclave straddling the border since the two offensives began on opposite sides of the frontier.

The Lebanese army has said its offensive against Islamic State did not involve coordination with the Syrian army or Hezbollah.

Lebanon's Hezbollah has been a close ally of Syrian President Bashar al-Assad through Syria's six-year war. The Iran-backed Shi'ite group has played a major role fighting Sunni militants at the border and has sent thousands of fighters into Syria to support Assad's government.

The leader of Hezbollah, Sayyed Hassan Nasrallah, said on Monday that the group had accepted Islamic State's evacuation partly in order to find out the fate of nine Lebanese soldiers in Islamic State captivity since 2014.

The convoy being transferred into Syria included 308 militants with their small arms and 331 civilians, Nasrallah said in a televised speech.

Islamic State will hand over one Hezbollah captive and the bodies of some Hezbollah forces and one Iranian fighter killed in battles across Syria, he said.

At the last stage of the deal, the two sides would exchange the bodies for the convoy of militants at a transit point in Syria, Nasrallah said.

Read alsoRussia has power that ISIS doesn't - McCainEleven Hezbollah fighters and seven Syrian soldiers had been killed in their offensive in the western Qalamoun region on Syria's side of the border, he said.

The border battle has ended in "fully liberating Lebanese land and securing the border with Syria," he said.

Both Hezbollah and Lebanese officials have billed the evacuation as a surrender by Islamic State.

"We do not bargain. We are in the position of the victor and are imposing conditions," the head of Lebanon's internal security agency, General Abbas Ibrahim, said on Sunday.

A commander in the pro-Assad military alliance said Syria and Hezbollah had accepted Islamic State's evacuation rather than a fight to the end, to avert a bloody war of attrition.

Islamic State fighters were sheltering among civilians and to complete the offensive would have involved great bloodshed, the commander said.

If you see a spelling error on our site, select it and press Ctrl+Enter
Tags:warSyriaceasefireISIS