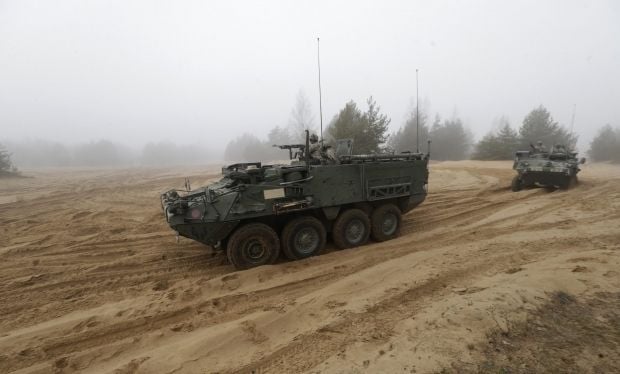 A total of almost 13,000 Russian and Belarussian servicemen and almost 700 pieces of military hardware will be used in the Zapad 2017 exercises next month, Russian news agencies cited Russian Deputy Defence Minister Alexander Fomin as saying, as reported by Reuters.

Read alsoAP: NATO chief says 2 experts to attend Russia-Belarus war gamesThose numbers were in line with international rules, he was cited as saying.

NATO Secretary General Jens Stoltenberg has said the alliance will closely watch the exercises and has called for them to be held in an open and legal manner.

Belarussian Deputy Defence Minister Oleg Belokonev said on Tuesday that all troops and equipment brought into Belarus for the war games would be withdrawn afterwards, the Interfax news agency reported.

If you see a spelling error on our site, select it and press Ctrl+Enter
Tags:RussiaZapad2017