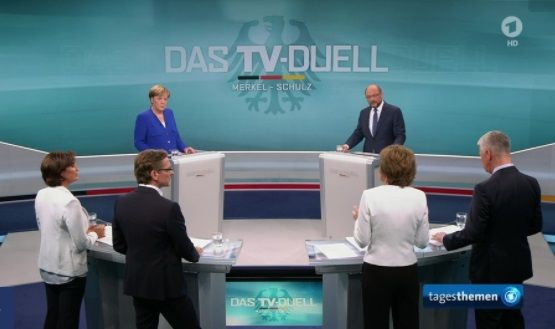 More than half of those surveyed (55 percent) said the chancellor also outperformed her rival, compared to just 35 percent who thought Schulz came out on top.

Merkel reportedly scored particularly high marks when it came to credibility, grasp of the issues and likability.

It comes after the two candidates jostled over 90 minutes on issues ranging from migration, to pensions, to Dieselgate.

If you see a spelling error on our site, select it and press Ctrl+Enter
Tags:MerkelGermanydebateelectioncampaign